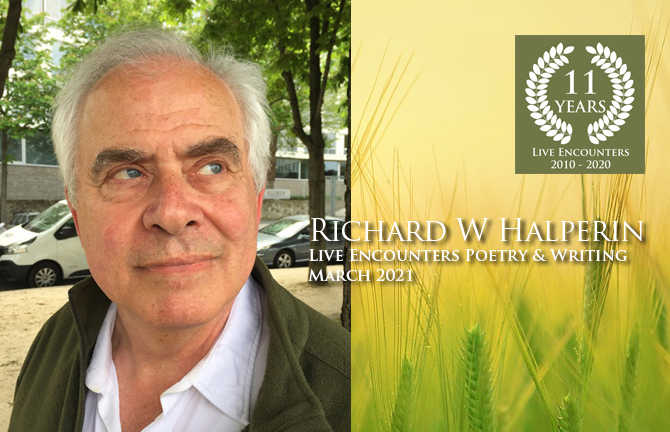 A Country I Remember Fresh as Morning

A theme comes back. From ‘Appalachian Spring’:
‘’Tis the gift to be simple.’ A country I remember
Fresh as morning. Words come back, as fresh
As when I first heard them. Our grammar school

Teacher’s telling us that if we had trouble spelling
‘Machine,’ to think of it as Scottish, think of it
As MacHine – thus opening a door of language
That I still walk through.

Becoming only a thing that Martha Graham came
Out of. A country I remember fresh as morning.

Young Leonard Bernstein conducts the young Mahler.
A recording made in the St. George Hotel,
Brooklyn, a few steps away from the building
Where I later worked for sixteen years.
None of us knew what we would be like, old.

Last night here in Paris, rain and birds woke me.
I am at ease with that. I have come to think
That the sound of rain falling is the sound
Of God thinking. Of course, you have to be rain
To understand it. I speed forward, everything

Speeds forward, to the inevitable west. But
Every once in a while I get snagged on Brooklyn.

Some of the best and some of the worst
Experiences of my life were on Cornelia Street.
Maybe for my pals, too. None of us was
Completely formed, although we thought we were.

Alters logistics. Some of us now aren’t. So, coffees
Can be tricky. As I write these lines – Paris 4:00 a.m. –
A bird is chirping. Where is the bird, as far as being
Formed is concerned? The song is liquid, the song

Is completely formed, the bird is nugatory.
So were we, and so are we, on Cornelia Street.

I Saw Her Disappear

I saw her disappear, my mother, but not
For long because mothers never disappear,
She was stepping backwards as she sometimes
Did when she was bowling, we’d sometimes

Go bowling together, her curly hair,
Her sailor trousers, her sporty blouse,
Once we saw Betty Hutton a few lanes
From us, a cheerful wave at everyone,

A generation now farther back in time
Than the 1890s was then, women full of
The sap of life, never imagining
That one day they could be old and if

They did get old, God would take care
Of them, and God did.

Of Edgard Varèse and Others

Hawthorn Street. It was and probably still is
Part of my old neighbourhood in Chicago.
Pleasant, like most streets around it,
Lake Michigan visible to infinity beyond it.
Blank infinity if you were a boy. I was a boy.

I was raised in two houses of divorce,
Wishing my mother could find compatible sounds.
I now know that her husbands wished they could find theirs.

Every street has its own spectrum. From the trees?
From the people who live provisionally on it?
From a boy who projects his own spectrum?
From a man who remembers? These past days,