David Ratcliffe hails from the north of England. He writes poetry, short stories, song lyrics  & Stage plays. One of his plays ‘Intervention’ is currently with a theatre company in London. In 2016 his poem ‘Home Straight’ was shortlisted in the Fermoy International Poetry Festival Completion and was featured on the poetry trail that year. David’s debut collection; ‘Through an Open Window’ will be published at some point in the coming year. His poetry has been published on-line in the following publications: THE BeZINE, Poetry Pacific Magazine, Sixteen Magazine, Mad Swirl, Tulip Tree Review (print version), Poem Hunter, Creative Talents Unleashed, Drawn to the Light Press, The Blue Nib (His poem ‘He Crawled’ shortlisted for the Pushcart Prize 2018), The Blue Nib, print edition, issue 37, which includes 8 poems. http://www.poetrybydavidratcliffe.com 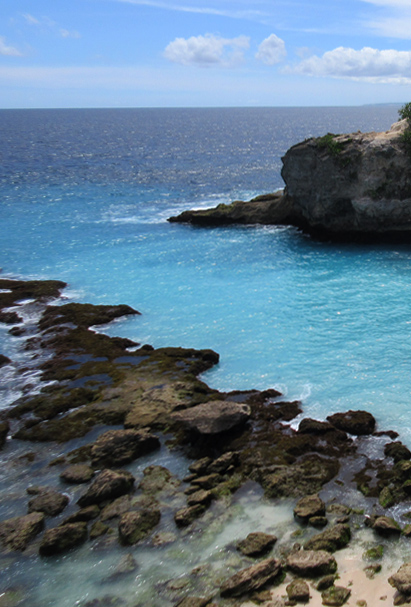 Over 30 years working in the Naval Base put food on the table, sometimes at the expense of my sanity, so when tea break came along, I’d take a walk along a bridge, over a slipway, that I called the ‘bridge of possibilities’ and began to dream.

The escape from the pressure of work hastened my stride onto the street of imagination… a long, long road flanked by Georgian storehouses.

You know it’s funny, that every time I walk along the street of imagination I am presented by all manner of possibilities.

For instance, I left the footbridge from the real world one day to entered a sacred place and was greeted by a flood in my head.

The water was rising above the subconscious horizon, which allowed my entry into a cove surrounded by crazy trees that were flexing in differing directions.

On the trunk of each wizened tree was a literary face from poetry’s past.

Though not recognising most of them from their faces I was startled by their words as they blew towards my ears on a waft of warm air.

What are you doing here? You don’t belong among the literary gods of the Cove of Quills, be gone pretender for you are blighted by madness and your fate is unsure in this place where curious souls torment one another so adroitly.

Who are you? I said, to which the voice replied…’I am Percy Shelley and I have seen your type before, be gone I say!

I replied that I was just curious and would never compare myself to the work of such a poetic giant as he, but then another voice travelled on the wind at me… My name is John Keats and I echo my good friend’s advice, for you are trespassing on hallowed ground., there is nothing for you here…

Very helpful thanks, what was that name, John Keats? Won’t be bothering you again.

So where is William Shakespeare? I asked half mockingly.

Go home, leave now, you have ventured too far and must never utter that name again, you are not worthy to speak of the sonnet master.

Blimey, can’t get anything right here…

My mind wandered to another place at this point, as I could not stay among such intimidating company much longer, though I felt I had to, so I remained on the sandy beach, the trees now settled to an ‘uneasy’ peace.

I sat for a while and drifted somewhere only to be brought back by a lilt so rich of voice….’Hello, my friend, I am Liam Doolan from County Cork Ireland so pleased to meet you this fine morn’

I struggled to stand, as my legs had gone to sleep (I wondered what they had dreamt about) and I looked at this kind, yet rugged man in front of me. ‘Jaysus David’ he said, what are you doing in the cove? Sure, you are most welcome.

I was happy to see my friend Liam, but I was puzzled as to why he thought it was a welcoming place, and so I asked him.

To which he replied, ‘do you see that face on the tree to your right?’

I turned slightly and gazed at the face he had pointed out. He continued… That is the great Dylan Thomas and he is my mentor through the ordinary existence we both left behind, I recommend you read his works and escape as I do.

Allow me to introduce you. Dylan this is David Ratcliffe a poet who is lost in the darkness and so wishes to break free as I have.

There was a pause that lasted an eerie few moments before the warm wind came toward me as before.

“You are a friend of Liam, and therefore I welcome you to the cove’. Yes! I am welcome! ‘But I would ask that you do not anger the grumpy old men of wood over there and allow your thoughts to drift far from here.

My friend Liam came to me when he was much younger and now, he has the tools to create great works of literature and poetry. Take my advice and go back to your life and try it for yourself’.

No time to thank Dylan, because a familiar voice came from over my shoulder…

Hello, ‘Ted Hughes here, (at six o’clock). Dylan is right, just get out there on those moors around Todmorden and Mytholmroyd. The hills will speak, and all you need do is breath, watch and listen. Then take up your pen and allow the creatures access to your hand…’

Garbage! Said a rasping female voice that travelled on a rush of cigarette smoke further to my right.

I turned and saw a plain woman’s face on a tree with swaying branches…The next exhale of smoke knocked me to the floor and I lay coughing and rubbing my eyes.

You have to squeeze the heart and drain every last drop of blood from it. Place your head on the block and look your executioner in the eye and tell him he has lousy teeth.

Nonsense woman, said a spectacled face in the tree behind me. Is that you Philip? Philip Larkin? I asked; “Indeed, it is and you’d be foolish to take the advice of Anne Sexton, she’s mad you know.”

“It’s rude to interrupt” Sorry Philip “as I was saying, it may be time to take your old toad down cemetery road and get back before you really do meet with your executioner…”

“Shit, is that the time? See you, Philip, thanks for that, thanks all of you in fact, for an illuminating visit. See you all soon”

I was both confused and fulfilled all at the same time, and decided that was quite enough to digest for one day.

The wind dropped and Liam gave me a knowing look before we engaged in a man hug of mutual affection. Farewell, old friend, I said as I turned towards the footbridge.

Something happened to me that day. A change had occurred and I was happier than I could ever have imagined.

I’d go to that place often, before returning in instalments to my desk, under my toad.

You know, nothing in the real world ever challenged me more than the voices that awaited me, over the bridge by the Rigging House all along Imagination Street.