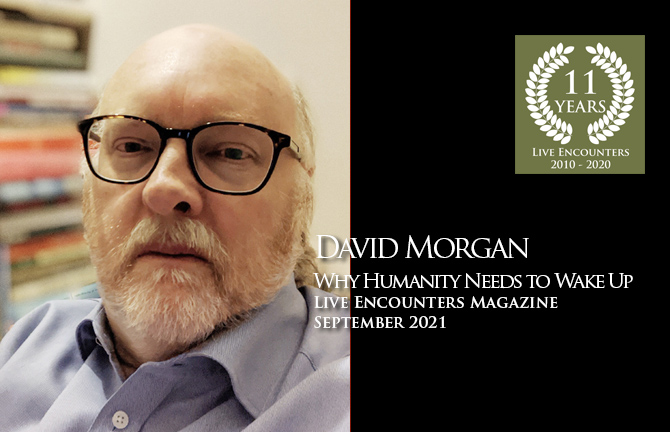 David Morgan is a journalist and editor who is interested in exploring the connections between literature and history. He is the author of The Good Old Cause – Communist Intellectuals and the English Radical Tradition, (2020) and co-author of Writers of the Left in an Age of Extremes (2021) both published by the Socialist History Society, of which he is the secretary. He also writes poetry occasionally. 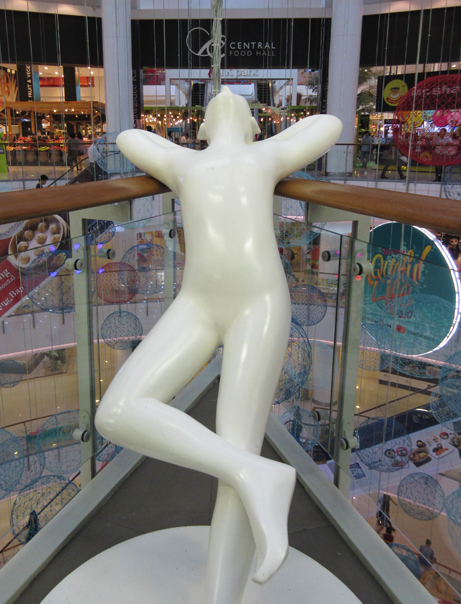 Why Humanity Needs to Wake Up

In a lecture of 1996, the British historian, Eric Hobsbawm, addressing the burning question of identity politics that had come to dominate political discussions since the 1960s, related its emergence to “the extraordinarily rapid and profound upheavals and transformations of human society in the third quarter of this [twentieth] century”. Hobsbawm was particularly concerned with how identity politics conflicted with the aspiration towards universalism which until that time was the accepted principle that had guided the long tradition of radical political thinking and progressive social movements. This said that all of humanity was going to be free one day and we would all live in harmony with equal rights and even an equality of social condition. That was, perhaps, little more than a Utopian dream, but it fired the imaginations of many generations and inspired men and women to struggle for a better world over many decades and across the world.

The dilemmas and limitations arising from identity politics of which Hobsbawm spoke and wrote about are very much still our contemporary concerns and, with the arrival of transgender identities, the issues that he raised have become more acutely relevant and more urgent. Transgender demands conflict with the traditional demands of the women’s movement too, for example, and the confrontational politics that marks much of transgender activism leads to the further fragmentation of the vital political struggle for human liberation.

This dilemma compels us to question the very foundations of social organisation and the role of the individual within a future free society. The demands for transgender rights cut right across those of the needs of women who are vulnerable to sexual abuse and facing coercive pressures from violent partners and families. The very existence of safe spaces and refuge centres for these abused women are called into question by granting full rights to the demands of transgender activists, who it needs to be acknowledged represent a miniscule but vociferous group within the whole population of any community.

Returning to Hobsbawm, who in his lecture went on to challenge the claims of identity politics and questioned the implications for political action and social advance:

“So, what does identity politics have to do with the Left? Let me state firmly what should not need restating. The political project of the Left is universalist: it is for all human beings. However, we interpret the words, it isn’t liberty for shareholders or blacks, but for everybody. It isn’t equality for all members of the Garrick Club or the handicapped, but for everybody. It is not fraternity only for old Etonians or gays, but for everybody. And identity politics is essentially not for everybody but for the members of a specific group only. This is perfectly evident in the case of ethnic or nationalist movements. Zionist Jewish nationalism, whether we sympathize with it or not, is exclusively about Jews, and hang—or rather bomb—the rest. All nationalisms are. The nationalist claim that they are for everyone’s right to self-determination is bogus. That is why the Left cannot base itself on identity politics. It has a wider agenda.”

Hobsbawm was being deliberately provocative to reinforce his points, but his arguments were extremely valid. He simply wanted to alert us all to what is being lost in the pursuit of identity politics: which was “the common interest”. I need not add that in the age of climate change and the threat to the very existence of human life on earth, this common interest has arguably become far more urgent over the subsequent decades.

Hobsbawm illustrated his point by reference to the example of the history of the civil rights movement in the United States, reminding us that, “the common interest of Irish, Italian, Jewish and black Americans in the Democratic Party did not derive from their particular ethnicities, even though realistic politicians paid their respects to these. What united them was the hunger for equality and social justice, and a programme believed capable of advancing both.”

It is this “common interest” that Hobsbawm saw as having been increasingly forgotten by political campaigners in the late twentieth century, especially those on the left, “as they dive head first into the deep waters of identity politics”. It is a warning we ignore at our peril.

Now, in the subsequent three decades since Hobsbawm was making his observations on the political scene, the trends that he identified have been exacerbated by leaps and bounds. Politics is now far more fragmented and fractious and, as such, the hopes and dreams of past generations of political campaigners have dissipated. To even raise demands for the recognition of common interests and respect for different points of view now generally receive an extremely unsympathetic hearing. There has been a worrying growth of intolerance as minorities have sought to dominate public debates and set the political agenda based in their sectional demands. Dissenters are regularly pilloried and “no-platformed”, as a general ignorance appears to prevail over all discussions, even those that take place in the setting of the university seminar where you would expect the free play of ideas to be aired without fear of being circumscribed by the censorious.

As a consequence of all this, the voices of women, as well as those of men, are increasingly silenced. Those who have the temerity to challenge such issues as transgender rights are quickly punished, banished and belittled. Threats and intimidations are rarely far away. Free debate is seen as intrinsically suspect, the past is defined as the enemy because past behaviour and attitudes fail to conform to contemporary values, awkward aspects of history are erased because they are too unsettling to confront and understand. A narcissistic self-indulgence has taken hold of people’s consciousness and determines what is permitted and valued. Those who raise objections are simply made to feel that they are beyond redemption. It is as if there are no safe spaces for anyone with eccentric or critical views any longer. We all must keep our heads down, bite our tongues and remain mute in the face of galloping idiocy.

That is a form of intimidation, and all the while, our planet is burning. Mother earth cries out for our help while we indulge ourselves in increasingly bizarre trivialities. The true priorities were lost in the mist of time somewhere. Humanity has lost its way. The question today is not, “Is the future female?” but “Is there a future at all?” Unless we soon break the spell of enchantment that controls our behaviour, the answer to this question will be a resounding negative.

Eric Hobsbawm, Identity Politics and the Left, New Left Review, Number 127, May/June 1996, the text of his Barry Amiel and Norman Melburn Trust Lecture originally delivered at the Institute of Education, London on 2 May 1996.