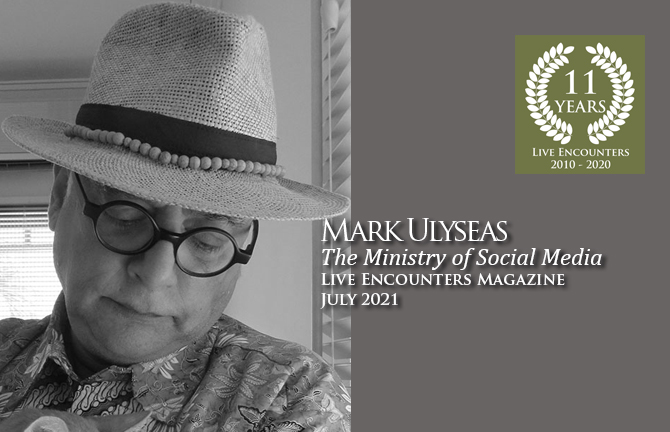 Mark Ulyseas has served time in advertising as copywriter and creative director selling people things they didn’t need, a ghost writer for some years, columnist of a newspaper, a freelance journalist and photographer. In 2009 he created Live Encounters Magazine, in Bali, Indonesia. It is a not for profit (adfree) free online magazine featuring leading academics, writers, poets, activists of all hues etc. from around the world. March 2016 saw the launch of its sister publication Live Encounters Poetry, which was relaunched as Live Encounters Poetry & Writing in March 2017. In February 2019 the third publication was launched, LE Children Poetry & Writing (now renamed Live Encounters Young Poets & Writers). In August 2020 the fourth publication, Live Encounters Books, was launched. He has edited, designed and produced all of Live Encounters’ 217 publications (till July 2021). Mark’s philosophy is that knowledge must be free and shared freely to empower all towards enlightenment. He is the author of three books: RAINY – My friend & Philosopher, Seductive Avatars of Maya – Anthology of Dystopian Lives and In Gethsemane: Transcripts of a Journey.  www.amazon.com/markulyseas 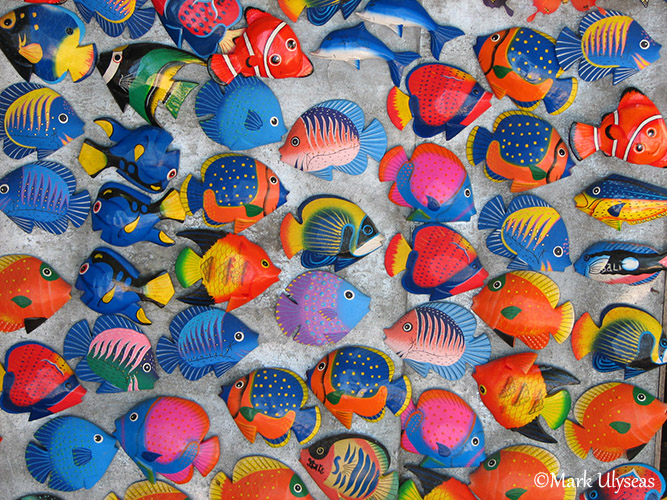 “You are free and that is why you are lost.” ― Franz Kafka

Welcome to The Ministry of Social Media, your avatar is being processed, please take a seat.

For your convenience, please read the following rules and information. Once enrolled you cannot get lost, we can track you anywhere in the world:

Governments must abide by the rules of engagement: permitting anyone to write or share views or news (presumed fake/otherwise) without recourse to censor as long as it doesn’t offend the minions in the Ministry of Social Media.

The sole right of censorship is retained by the Ministry of Social Media, which will not provide any explanation as to the reason for censorship.

If a government does not abide by the rules laid down by the minions in the Ministry of Social Media they are summarily banished from the network and/or accused of endangering the freedom of speech and civil & human rights in the ‘free world’ (whatever this means).

All those who join the Ministry of Social Media cannot actually leave with their data because their data has already been mined and shared/sold for purposes of exploitation, like selling users things they don’t need or, perhaps, something more sinister.

The Ministry of Social Media apparently overlooks the highly profitable and exploitive businesses that use its free services for sex and human trafficking, drug peddling etc.

However, on no account can one be remotely offensive when it comes to LGBT, WOKE folk, racism of any kind or use specific words or phrases that have been disapproved by the Ministry of Social Media. Even heads of governments are not spared.

The founders of the Ministry of Social Media have bestowed upon themselves extra-judicial powers that override all governments.

The Ministry of Social Media reserves the right to cancel anyone for omissions or commissions related to matters its minions deem unfit for the public arena. This includes facts, truth and other incidental aberrations of a sane mind.

The Ministry of Social Media offers a free service so it can exploit the users and weaponize its services to inflict its selective sense of reality. It seeks to avoid paying taxes in many countries to evade sharing its massive profits from its ‘free service’.

All users and governments must be grateful for the stellar service provided by the Ministry of Social Media in preserving free speech, propagating civil & human rights and helping the world come together on one common platform to be exploited.

Reality is now relegated to a metaphysical world. And to reach this reality one has to trudge through the filth of Goebbels bastard offspring, The Ministry of Social Media. Offspring that spout an unending litany of half-truths/untruths expertly marinated with a few tidbits of facts so as to entice the viewer or reader to partake of the ‘news’, to eat it, to be contaminated by it and to release it …like daily bodily excretions …except that nothing is flushed…it remains floating around while the viewer wallows in it unmindful of the stench of agendas. One would imagine that pigs are intelligent creatures.

Nothing appears sacred anymore. Religion, politics, poverty and entertainment jostle for space on the shelves of the media that roam, scavenging anything and everything, dragging it back to their lairs, then hastily reconstructing the garbage to resemble a nice glitzy version for suckers to suck on…viewers…the gullible mental invalids who find it far more comfortable to share the news links without making any attempt to cross check facts or to question what is being reported.

Colourful images and haunting sound tracks, reporters and anchors wearing masks of the masquerade ball announce with aplomb the news of their reality. Debates, discussions and the usual ‘all sound and fury signifying nothing’ are aired with a sincerity of a bitch in heat waiting on the roadside for a passing dog.

And as if on cue viewers line-up for a quickie selfie. Every one of them wants their views on the news to be heard and accepted, and if this does not happen they unleash the trolls that in turn run riot on the net. Abuse is the mantra. And so is denigration, another exciting path, though much trodden of late.

The rules of the game are that there are no rules. The order of the day is to sell, sell, sell…viewership numbers outrank truth on any given day…as long as sponsors — political, commercial or religious, are willing to pay the price for such services. There is profit to be had in promoting insidious agendas.

Phrases almost always feature the hash tag to denote a universal acceptance, an acceptance that does not, initially, exist. However, with regular usage a phrase becomes the WORD. And then this WORD generates a following of believers. Anyone who challenges this WORD is marked offensive and denigrated by the juggernaut of users, the enlightened enforcers.

Spin doctors don’t wear masks anymore; they can’t be bothered, for they walk in the light of studio cameras. They know how to rehash and repack untruths into a credible reality and administer it to the public like nerve gas. Notice how many people are obsessed with the news as if it is pornography. The more violent and salacious the words and visuals the more viewers congregate to confabulate, to expound their own versions of reality.

The excessive odious reportage assumes an air of sweet jasmine on a cool summer night.

Turning of the screws on the thumbs appears to have begun with the ‘editing’ and/or deletion of posts of free thinkers by social media gendarmes of the WORD and their pack of lexicon executioners. The management of minds is underway and there is no turning back, no way out, but in.

A heartfelt thanks to The Ministry of Social Media that provides users with meaningful contributions to the Community by tracking those vaccinated and unvaccinated for future use by its minions in the Ministry, governments, pharmaceutical companies and others.