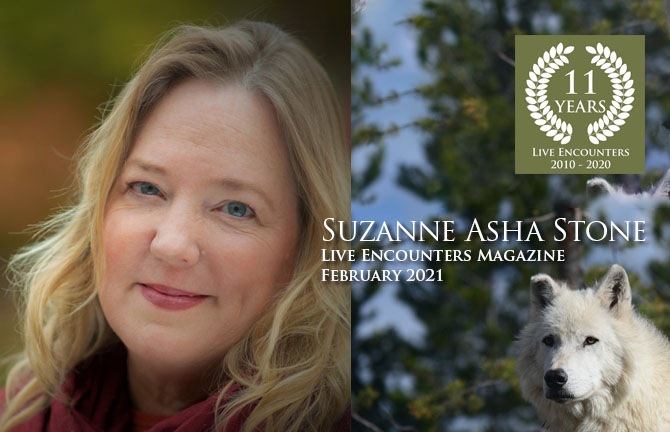 Suzanne Asha Stone has been on the front lines of wolf restoration in the Western USA since 1988. She began in the role of Boise State university intern for the US Fish and Wildlife Service, USDA Forest Service, and Nez Perce Tribe’s Central Idaho interagency wolf recovery steering committee. There she coordinated reports of wolf sightings around the state and helped the search to document wolves in the wild places of Idaho. After graduation, Suzanne served on the Central Idaho and Yellowstone wolf reintroduction teams in the mid 1990s, caring for wolves awaiting transport in northern British Columbia and releasing them in central Idaho. In 1999, she was recruited by a national wildlife organization covering wolf conservation across much of the West from the Rockies to the Pacific Northwest and California. Often her work placed her at the heart of the sociopolitical war over the return of the wolf where she recognized that wolves would never escape human persecution until people found a way to live in peace with them.

Suzanne completed her masters program in Wildlife Conservation and Conflict Management at Prescott College and then turned her attention to helping scientists, ranchers, and wildlife managers develop and test nonlethal methods that proactively protects livestock from wolves and other native predators. She founded the Wood River Wolf Project in 2008 to demonstrate that wolves can coexist with sheep operations on national forests when adequate nonlethal deterrents are consistently applied. She is the lead author on the first landscape level wolf and sheep nonlethal measures study Adaptive use of nonlethal strategies for minimizing wolf–sheep conflict in Idaho. She has spoken at conferences and events around the world including the Smithsonian Institute, Oxford University, the United Nations Conference on Biological Diversity, and more. 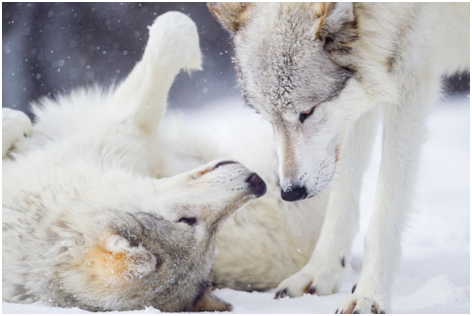 My first experience with wolves in Idaho’s remote mountain wilderness was a lesson that framed my career working to restore them and has led me to all parts of the Earth to share coexistence practices that help other species as well.

It was in 1991, some 60 years after the last wolf was killed in Idaho. Back then, a few wolves would occasionally disperse from Canada down into the Rockies. Some had established small families known as packs outside of Glacier National Park in Montana but there were no known wolf packs in Idaho.

I was a college intern for the U.S. Fish and Wildlife Service in charge of mapping the rare public sightings of wolves in hopes of finding the first wolf family in Idaho since their eradication from the West. Wolves were still considered a menace to livestock by the ranchers and a danger to those who didn’t realize that Little Red Riding Hood’s archvillain was nothing like the real animal. Wolves are highly intelligent, loyal, dedicated loving parents, and play an essential role in reducing disease and overpopulation in elk and deer herds.

Standing under the twilight sky surrounded by forest and meadows on the wilderness boundary, I howled several times imitating the wolf’s distinct song. It is a technique used to search for wolves: they often respond to strange wolves as a means for establishing their territory. I couldn’t count how many times I had heard only silence or the occasional elk bugle back in response to my howling surveys. I listened for a while and then returned to my campsite a few hundred yards away.

As I collected wood to build a fire, the woods filled with the most beautiful sound. An ancient song that had been missing from these forests for most of the last century. I found my tape recorder and began documenting it. The wolves howled again and again. It was dark now, but I could tell they were howling toward the same spot I had been howling from earlier that evening. By then, tears were streaming down my face as I realized that I had finally found them. The first family after so many decades of silence.

As their last howl descended to silence, I found myself howling again to them in hopes they would respond. As my howl ended, the wolves vigorously howled back. Soon, our howls were overlapping back and forth until I heard a sudden warning bark and the wolves fell silent. Minutes later the headlights from a truck, the source of their concern, came bouncing down the road and passed by completely unaware of the magical exchange that had just been interrupted.

A few weeks later as we searched for the pack, we found a young silver and black female wolf intentionally poisoned in this same area. She survived long enough for us to airlift her to an animal hospital, but she died the next day. We never found the rest of the pack but they likely met with the same end. Ranchers considered them to be a threat and the “Shoot, Shovel and Shut Up” mantra was their response to the return of the wolf. I knew then that the only way that wolves would be safe is by resolving the conflicts with the ranchers who control many of our nation’s wild places and local politics. 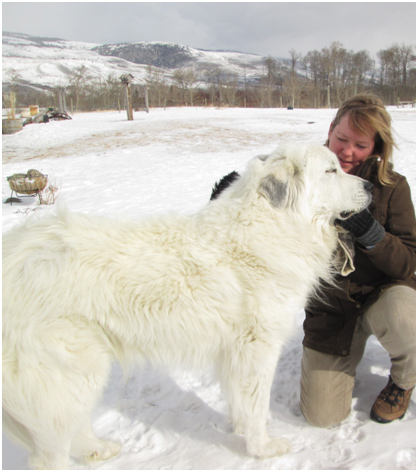 That meant that when the United States brought wolves in from Canada to establish a population in the Northern Rockies, we had to be ready. One of the earlier and still ongoing projects is the Wood River Wolf Project. For 14 years, we have collaborated with ranchers to test nonlethal deterrents to keep wolves from killing livestock. We used portable turbo fladry night corrals (electrified fencing with flags that ward off wolves) when they were near wolves, added more livestock guardian dogs, and used light and sound devices to keep the wolves away from the sheep bands. It worked! In the 14 years since the start of the project, only five sheep of 20,000 sheep per year have been lost to wolves and only one wolf has been killed in response to depredations.

Thanks to coexistence, many ranchers have moved from readily killing wolves to admitting that they have to learn to live with them on the landscape. That’s a big shift in attitude. Admittedly, it’s an ongoing challenge, even this many years later, to keep traditional ranchers from slipping back into the kill-first mentality but our continued success at maintaining the lowest loss rate in places where wolves and large sheep operations exist on public lands in the Western USA is what keeps us going.

Through these many years, I have worked hard to prove that nonlethal methods to build coexistence between wolves and ranching operations are effective at protecting livestock and ensuring the wolf’s valuable role in the wild. My research is being duplicated worldwide and with other species that are threatened by human misunderstanding resulting in persecution.

That’s important, because the number of people living in wildlife habitat around the world is increasing. As a result, conflicts with wildlife are also increasing. As we saw with wolves, humans either displace or kill the wildlife that poses a threat to agricultural or other interests. And while wolves have been eradicated from much of their range, other species have been driven to extinction due to conflicts with people. From tigers to turtles, koala to whales, and great apes to butterflies, the earth is losing her wild children and wild places at levels never seen before during human existence.

With these extinctions, we are eroding the very foundations of our economies, livelihoods, food security, health, and quality of life worldwide.

But with careful thought and planning, it is possible for both wildlife and humans to coexist. In many places, locals are protecting wildlife and encouraging peaceful new solutions. The number of projects is growing, but many fail due to lack of resources, expertise and community support.

So in my next step on my coexistence journey, I have joined with others to launch the International Wildlife Coexistence Network. We are a growing network of scientists, educators, communities, government and business leaders, wildlife activists, agricultural managers, ethicists, social science and technology experts, field researchers, and more who share a common commitment to help people coexist with nature.

The work these experts and local communities have done has been transformative. For instance, our partners at Lion Guardians engage local communities to transform people who once hunted lions into lion protectors. By recruiting young, traditional Maasai and other pastroalist warriors to learn the skills needed to mitigate conflicts, they have helped their own communities live peacefully with lions. 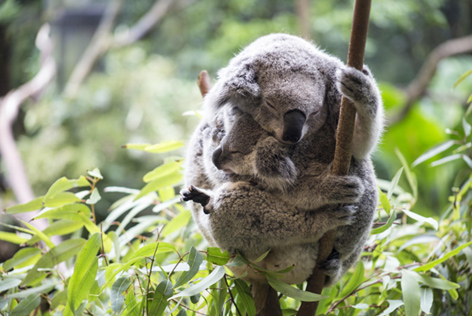 Bungalow Koalas, our partners in Australia, is creating koala wildlife corridors. The organization aims to plant 250,000 eucalyptus trees by 2025 to help koalas disperse out of urban areas and replace habitat that was burned in the 2019-2020 wildfires. They have engaged local communities in this effort through education and volunteer opportunities and have already planted 73,000 trees.

Similar projects are happening on the ground with elephants, grizzly bears, dingo, lynx and many other species. Coexistence means transformative change. It means a fundamental, system-wide reorganization across technological, economic, and social factors, including paradigms, goals and values at the ground level and up.

It is not too late to make a difference, but only if we start now, at every level, from local to global. Through ‘transformative change’ that works with nature instead of against her, we can conserve, restore, and live sustainably. We can coexist! At the International Wildlife Coexistence Network, we encourage people to Take the Pledge to embrace a coexistence consciousness as a citizen of the Earth. Join us and envision a future where communities worldwide live sustainably with our local wildlife.