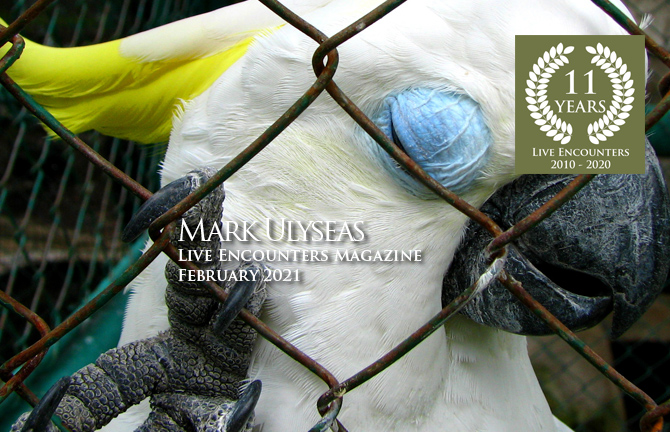 Mark Ulyseas has served time in advertising as copywriter and creative director selling people things they didn’t need, a ghost writer for some years, columnist of a newspaper, a freelance journalist and photographer. In 2009 he created Live Encounters Magazine, in Bali, Indonesia. It is a not for profit (adfree) free online magazine featuring leading academics, writers, poets, activists of all hues etc. from around the world. March 2016 saw the launch of its sister publication Live Encounters Poetry, which was relaunched as Live Encounters Poetry & Writing in March 2017. In February 2019 the third publication was launched, LE Children Poetry & Writing (now renamed Live Encounters Young Poets & Writers). In August 2020 the fourth publication, Live Encounters Books, was launched. He has edited, designed and produced all of Live Encounters’ 205 publications (till February 2021). Mark’s philosophy is that knowledge must be free and shared freely to empower all towards enlightenment. He is the author of three books: RAINY – My friend & Philosopher, Seductive Avatars of Maya – Anthology of Dystopian Lives and In Gethsemane: Transcripts of a Journey.  www.amazon.com/markulyseas 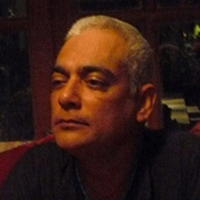 The compartmentalisation of societies across the world continues despite valiant efforts by those who profess the oneness of humanity. How can we expect to inculcate this oneness when the basis of ethics remains fear and its bastard child, violence?

From the moment we open our eyes to the world, the conditioning of mind and body begins in earnest. Fear is instilled in us by warped notions in society – if we don’t do this or that we shall face physical, mental or divine retribution in this life or the next. And when our minds are snared the rest follows, naturally. The time has come when we actually believe and this belief is being passed on to our offspring – Our Way (the only way) of the ethics of living.

We have become guardians of our own value based ethics of living, where ethics is elastic when applied to others’ ethics with a host of subjective options on offer. This is where, perhaps, the problem lies – we gauge the ‘authority’ of our ethics of living from our religious beliefs, rituals and traditions that have percolated down from our ancestors. Hence what would appear to be ethical to one group may be offensive to others…female genital mutilation, child marriage, dowry, severing limbs of those accused of theft and adultery, and stoning others to death…Or, using the banking system to defraud people and more.

In our haste to ‘impose’ our ethics of living on others we resort to violence, beginning with verbal abuse, racism, social ostracisation, sexual abuse and culminating in the use of weapons to commit murder/genocide. This violence has become synonymous with breathing, a chilling involuntary action. Without violence our purpose for existence on this planet would cease. We will become redundant. It is the nature of the beast, the violence within us, which is guiding us to self-destruction.

Violence comes in many avatars. It begins in the mind of a child when it is ‘brainwashed’ by its parents through a process of osmosis and backed up by punishments so that it conforms to prevailing acceptable social norms. It learns at a very young age that violence solves problems and that violence is the only path towards overcoming fear; The fear that one feels of being at the mercy of the elements of humankind’s ‘way of life’.

Perhaps the French General, Napoleon Bonaparte, was right when he said, “History is a set of lies agreed upon”.

We creatively write our history which is peppered with battles won and lost by our ancestors. It is written in blood by those who view such acts of slaughtering the ‘enemy’ as a moral victory over forces of ‘evil’. The glorification of the savage within us is self-evident.

The lies of history poison our perception of our fellow humans. This is embedded in our psyche by our well-meaning parents who want nothing than the ‘best for us’.

Education is a powerful tool that sculptures our minds into lean, mean fighting machines. Minds contaminated by the ideology of violence, mental and physical.

Whose morals is it anyway?

Many years ago I had interviewed a prostitute who worked at one of the world’s leading tourist destinations. She told me that prostitutes are the only truthful people in the world because they know who they are and never have any illusions about being ‘above’ anyone else. That they don’t pretend to be anything other than providers of a service (sex) for money, money that is spent on helping their families to survive life; Unlike the ‘ladies of society’ who are happily married but bed hop, while spouses do likewise – both pretending to live a respectable life (whatever this means). Civilised society can accept this behaviour but not the services of prostitutes – prostitution is ‘unethical’. Oscar Wilde put this in perspective, “As for society – civilised society, at least is never very ready to believe anything to the detriment of those who are both rich and fascinating. It feels instinctively that manners are more important than morals”. Sadly, it was this very society that destroyed him.

Are religious rituals and murder ethical?

Religious beliefs and the attendant rituals are fiercely guarded by gendarmes of the faith. Animal sacrifice has been in vogue since time immemorial. There was a time when human sacrifice was popular, now it is viewed as murder. In some religions animal sacrifice is considered murder. But slaughter of innocent human beings in the name of one religion or another is acceptable and often condoned. Or the invasion and destruction of a country (Iraq) where hundreds of thousands of innocent civilians were killed by people to whom they had done no harm.

There are different degrees of murder: the mindless slaughter of animals is not murder: invading foreign countries and killing thousands of innocent civilians is not murder, it is war: killing one’s estranged spouse is murder and this usually attracts the death penalty. In many countries the death penalty exists and various methods are used to ‘kill’ the murderer. We have taken on the mantle of the Supreme Being: deciding who lives and who dies. The circle of death appears to begin and end with our religious beliefs that influence our notion of the ethics of living, one size fits all and if it doesn’t then cut it out or cut it off.

There are many among us who are the redeeming factors of a species running riot. I call them the 360° people…those who can embrace one and all irrespective of their caste, colour or creed etc.; People who work towards an understanding between cultures, a common platform where we can all take the same train; People who are often imprisoned or killed for attempting to build bridges across social barriers; People who speak the language of God – truth, love, charity, forgiveness, ahimsa. Many atheists speak this language. There is no fear within them because ahimsa is present. These 360° folk are growing in number everyday across the world. They speak out against injustice and face the wrath of those who are possessed by fear.

Now that the pandemic is upon us, is this too little too late?

Has Nature finally resorted to Plan B?

Or is this the trial period to test our abilities to reach out to one another, to help not just one another but also the flora, fauna and the biosphere with compassion and ahimsa.

The coming months will reveal this and more.