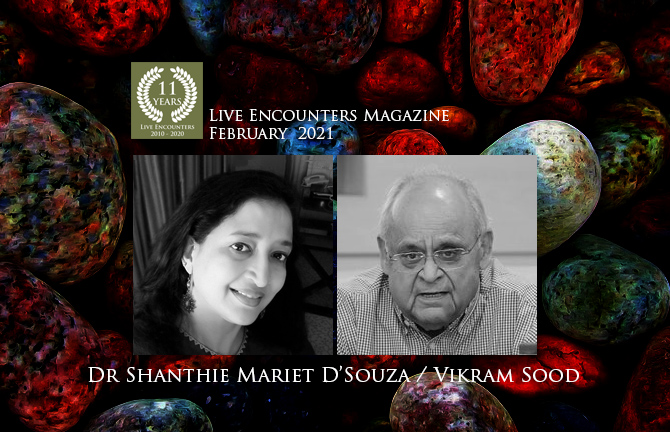 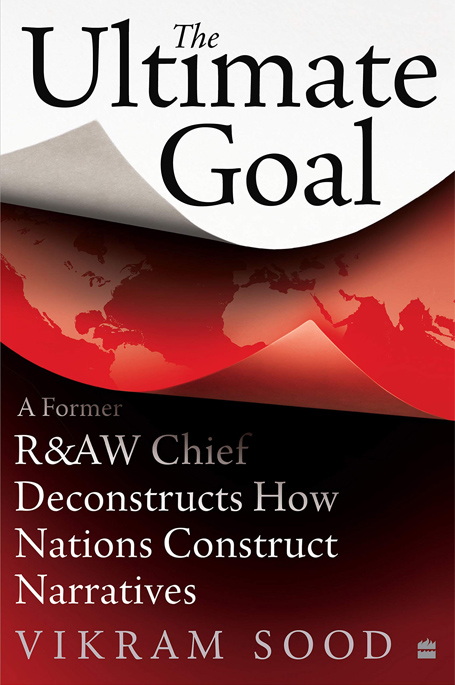 Everyone has a story to tell. The story may or may not represent truth. But strategic narration of an event can have a lasting impact on the mind of the person shaping her/his attitude and outlook. In the context of nations, telling stories is about setting a narrative, which is crucial to its existence, its flourishing, its capacities to finding allies and dealing with enemies. It is defensive as well as offensive. Powerful nations have mastered this art of narrative building. Those nations who aspire to become global powers must do so. This, in short, is a message that reverberates through ‘The Ultimate Goal’, a seminal book by Vikram Sood, the former chief of India’s Research & Analysis Wing (R&AW).

From a former spymaster, Sood has metamorphosed into an accomplished writer of a kind. His previous book, ‘The Unending Game’ was a master narration of the nuances of espionage. The second book makes a leap forward in highlighting the intricacies and importance of narratives. Whereas the first book is a must read for those trying to understand how spy games are played between nations, the ‘Ultimate Goal’ is a treatise for all those involved in and aspire to be powerful nations on a global scale. “Real power comes not from the barrel of a gun but from those who control the narrative,” Sood asserts.

The importance of narratives has been least studied at a time and age when the rampant use of social media creates its very own self propagating truth. Sood fills in a critical gap in the understanding the use of narratives. Powerful nations use narratives to advance their agenda. He deconstructs ‘the narrative’ and explains how a country’s ability to construct, sustain and control narratives, at home and abroad, enhances its strength and position.” Building narratives and sustaining them is part of the effort to control storylines, which in turn help control the world-the ultimate goal of the ambitious and powerful”(p.xiii).

A ‘narrative’ may not necessarily be based on truth, but it does need to be plausible, have a meaning and create a desired perception. Intelligence agencies invariably play a critical role in this, an often-indispensable tool of statecraft. During most of the twentieth century, intelligence agencies helped shape narratives to advance their countries’ agendas through literature, history, drama, art, music and cinema. Today, social media has become crucial tool in manipulating, countering or disrupting narratives, with its ability to spread fake news and provoke instant reactions.

The book makes a gripping start with an interesting anecdote that depicts the murky Cold War politics and the intelligence games played by the then superpowers- U.S. and U.S.S.R, including the mysterious role of assassination of American President John F Kennedy in 1963, the military industrial complex and the U.S. interventions in far flung theatres. It then seamlessly travels into different regions of the world, talking about conflicts, global power politics and terrorism, all intertwined into the paradigm of building narratives. It succeeds in unmasking, bit by bit, the process of narrative-building, its main drivers, tools and vehicles used by the then superpowers to shape and influence collective thinking for political outcomes favourable to them.

“Propaganda Always wins, If you Allow it” states Sood citing Leni Riefenstahl’ (p.118). Soon after 9/11, the U.S. media began to carry sensational stories about the Iraqi weapons programme. What followed thereafter is a military campaign that devastated Iraq, and in a way, provided the space for the birth of the Islamic State. More importantly, the shift of attention and troops to Iraq in 2003, changed the tide in Afghanistan and led to the re-emergence of the Taliban since 2005-06.

In Chapter six, Sood provides one of the scathing critiques of the American strategic objectives in Afghanistan and West Asia. He calls these a ‘failure’ which had led to rampant radicalization in the region. ‘The real but undeclared truth was that the US was in the region to preserve its way of life and global dominance that is inherently based on an unlimited availability of cheap oil. Helping the region redeem itself in accordance with the American ideals was simply an excuse’. It is evident that as the US attempts desperately to extricate itself out, it is leaving behind a highly destablised region, which will inevitably become the launching pad for terrorism 3.0.

Neatly interwoven into 12 chapters, the book probes into how China is dealing with criticism over the deadly Corona virus – now ravaging the world – emanated from its soil. The former spymaster explains how it is trying to damage control a narrative that interferes with its geopolitical and economic goals and points out that the Corona crisis has deepened the fault lines between China and the U.S. under Donald Trump.

“Narratives are not the truth; rather, they nudge you to understand the truth in a particular way, Sood adds. China has succeeded in distancing itself from the ‘Wuhan virus’, the place where it had originated to maintaining the name as ‘Corona virus’. He further states that, “Narrative to be successfully sold requires a receptive audience. It is like terror and insurgency. External assistance alone cannot create an insurgency simply by supplying funds and arms. There must be a local grievance- national, religious or ethnic, real or imaginary, created over time through propaganda- which is then exploited by the external entity to create an insurgent movement” (p.4).

Sood perhaps could have further elaborated on this aspect by analysing the use of narratives and branding by international terrorist groups, particularly al Qaeda, the Islamic State and the Taliban, which could be extremely relevant in countering terrorism and insurgencies in the South Asian context. In Afghanistan, the battle of narratives has played to the advantage of the Taliban. The negative narratives emanating from that country, particularly as portrayed by the international media, has worked to the advantage of the Taliban and influenced international public opinion adversely.

But negative stories sell faster and the media with the its competition for higher TRPs and links to business houses with profit motive are seldom into objective reporting or even reporting both sides of the story. All this adds to the political economy of conflict and a lack of strategic communication strategy on the part of the governments which this book could have further explored.

While much focus has been put on building narratives not much has been explored in terms of counter narratives. In the existing literature and strategies of countering violent extremism (CVE), counter narratives are critical in terms of neutralizing the messaging from extremist groups. Counter-narrative is messaging that offers an alternative view to extremist recruitment and propaganda. These are considered crucial in countering the virulent ideology that aids extremists groups in recruitment, branding and execution of violent acts.

Putting out your message first is more important rather than merely countering them. This is one of the key contributions of this book. This finds resonance in the “The India story”, where Sood points out how India’s narrative was created by the West, thereby creating a distorted image of the country. To rise as a global power of consequence, India need needs to put out its own story. As a civilizational power, “the first step would be to accept and propagate the notion that the country has a civilizational heritage that is much larger and older than its present history”.

Sood further states that in crafting India’s new narrative (p. 284) , “it is important to make India’s past an inspiration for its future’. Yet, he clearly states that ‘honouring the past by remembering it does not mean a return to obscurantism, exclusivism or fundamentalism. It is simply a conscious act of taking pride in one’s heritage …it binds diverse people together and transcends religion, language, caste and region. It means having one’s own narrative for the past, present and future”. This would require a visionary and inclusive political leadership that can build on a narrative which includes and binds the diverse people in one common thread.

This book which is pathbreaking in the realm of narrative building will be useful not only to the intelligence agencies worldwide but will also attract a much bigger audience including the policy makers, strategic planners, military, media, film industry, psychologists and the corporate sector.

Sood writes, “Narratives are for self-justification; they are designed by the narrator not only to tell his version his way but also to tell your version his way. “None would have known this better. Sood had been in the business of spy craft for decades. In this book, he ably deconstructs and makes it easier for others to understand, learn and act. The policy makers, strategic planners and practitioners need to pay heed to the utility of the narratives as brought out in this important and timely book to get on the global stage.

This article was first published by Rediff Vikram Sood: ‘Real power comes not from the barrel of a gun, but from those who control the narrative’ – Rediff.com India News

Vikram Sood, a career intelligence officer for thirty-one years who retired in March 2003 after heading the R&AW, is currently an adviser at the Observer Research Foundation, an independent public-policy think tank based in New Delhi. He writes regularly on security, foreign relations and strategic issues in journals and newspapers and has contributed chapters related to security, China, intelligence and India’s neighbourhood to books published in the last few years. His book, The Unending Game: A Former R&AW Chief’s Insights into Espionage, was published in 2018.