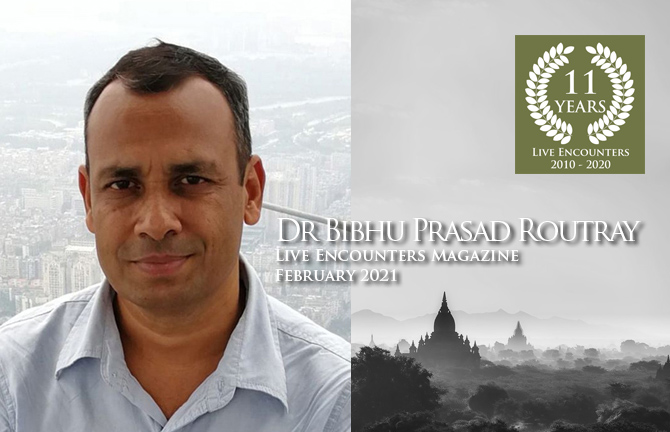 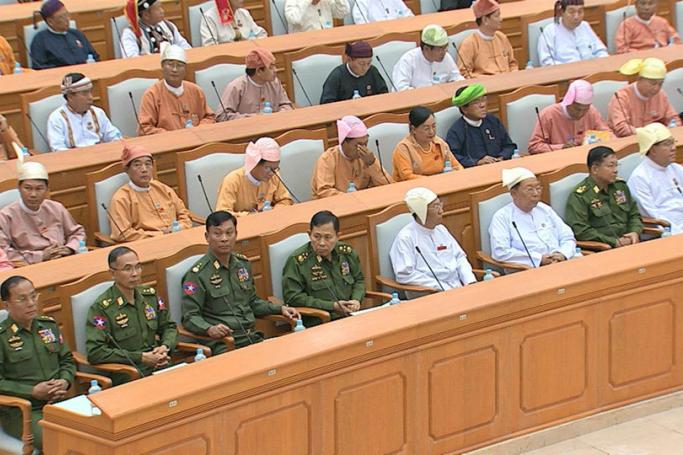 Myanmar’s parliamentary elections, held on 8 November, have produced a predictable winner—the National League for Democracy (NLD). The military-backed party— Union Solidarity and Development Party (USDP), which finished a poor second in the race, has alleged  fraud and irregularities, demanding a repoll. The defeat, however, is unlikely to curb the military’s yearning to play a decisive role in the civilian administration. To this effect, the coming months may witness an intense contestation between the NLD-led government and the military and USDP. NLD’s goal of strengthening democracy in this Southeast Asian nation would remain a pipedream unless it unites all opposition parties including those representing the ethnic minorities.

Dwifungsi is an Indonesian word for ‘dual function’. In the country’s political landscape, starting with  throughout the era of President Sukarno and subsequently President Suharto, the military’s involvement in what are essentially civilian functions grossly undermined the role and functions of the political parties.[1]While that phenomenon is now a part of Indonesia’s history, in Myanmar, the Tatmadaw (military) remains firmly entrenched in the country’s body politik. Its popularity may have reached rock bottom among the pro-democracy populace and yet, through the flawed 2008 constitution, it continues to maintain a dominant position and overarching influence over the civilian government. [2] The results of the elections held for the bicameral parliament on 8 November, in which the military-backed Union Solidarity and Development Party (USDP) fared poorly, may lead to pathways in which the Tatmadaw will seek to avenge the continuing loss of its popularity and the danger of its powers gradually slipping away.

Of the 1117 seats[3] for which elections were held, the USDP won only 71, down from 117 in 2015. The Aung San Suu Kyi-led National League for Democracy (NLD) secured a resounding victory winning 920 seats, surpassing the 859 seats it had won in 2015. Several USDP candidates including top leaders and former ministers were defeated in areas considered to be the party’s stronghold. [4]

While the results are proving to be a source of jubilation for the NLD,[5] the USDP’s sense of shock translated into rejection of the polls as ‘unfair’. It demanded a repoll, citing alleged malpractices favouring the NLD. Notwithstanding the international observers’ clean chit to the elections[6] and the role of the independent Union Election Commission (UEC),[7] the USDP described the polls as an ugly legacy “for the future generations” and “an election which did not confirm to democracy norms”[8]. The levelled allegations included duplicate voter lists which allowed voters to cast their ballot multiple times, proxy as well as underage voting, harassments to genuine voters and vote-buying. All these charges have been dismissed by the UEC which has confirmed the NLD’s seat count. The UEC has also said that all those who have complained against the polls could register their formal protest within 45 days in their respective townships. That method, even if chosen by the individual USDP candidates, is unlikely to have an impact on the results.

The Tatmadaw, however, steered clear of the demand of a repoll. The spokesperson clarified that the USDP’s call was neither the view of the military leadership nor was it approved by the military.[9] Senior General Min Aung Hlaing, chief of Tatmadaw, on 8 November clearly mentioned, “I will have to accept the people’s wish and the results that come with it. [10] There is no denying it.” Lest this be considered a schism between the USDP consisting mostly of retired generals and the Tatmadaw, the latter had sought to question the UEC’s capacities to hold the elections, only six days before the polls were held. [11]

In a statement in English on 2 November, the military had accused the commission of incompetence, particularly regarding voter list errors, disputes and complaints relating to early voting. The statement also sought to blame the government for such weakness saying that “the government has the complete responsibility for all the intentional and unintentional mistakes of the commission at its different levels.”[12]

A day before the polls, the military went a step further by warning President U Win Myint with impeachment if he failed to uphold constitutional responsibilities. The President’s office had criticized the military’s statement on the UEC. Reminding the President that military, as the guardian of the constitution, has every right to involve itself in national politics.[13] These statements raised apprehensions regarding the Tatmadaw’s intentions with some commentators speculating about a possible coup de etat. That, however, would have been unrealistic and unnecessary extreme step for the military, which continues to enjoy enormous power in both the military as well as civilian affairs.

The poll results will be grudgingly accepted by the USDP and the military. However, instead of marking an end to the USDP’s attempt to reclaim the political space lost to the NLD, this may start a phase of intense effort by the Tatmadaw-USDP combine to undermine the NLD’s political mandate and ability to govern. This may play out in four different ways, in the coming months.

(i) Worsening of the NLD-Tatmadaw relations: The flawed 2008 constitution makes the consolidation of democracy an impossibility of Myanmar. It allows the ascent of a truly civilian government, but stops it from becoming the final decision maker in key areas including defence, home, and border affairs. In short, the military which holds these ministries, runs the government by proxy. The NLD, in countless ways, has attempted to correct the anomaly proposing constitutional amendments, only to be rebuffed by the military. [14] Suu Kyi has also tried to cajole the military by supporting its brutal “clearance operations” against the Rohingya in Rakhine state in 2017. However, the military has refused to return the favours and has blocked every move of the NLD government to introduce democratic reforms.

The NLD was also able to retaliate in kind on odd occasions, although with little impact on consolidating democracy. This  included the government’s refusal to convene meetings of the National Defense and Security Council (NDSC), the country’s highest security authority. The NDSC is chaired by the President, but is dominated by the military by a ratio of 6 to 5. Throughout the entire tenure of the first NLD government (2015-2020), not a single NDSC meeting was convened, in spite of several reminders issued by the military. This led the military chief to remark that it is too risky if the country is run by a single person without the guidance and consultation of other sectors.[15] The Tatmadaw will have reasons to believe that in her first tenure Suu Kyi was given too long a rope to operate, which has proved to be detrimental to the interests of the military. Their inter-relationship in all likelihood will delve into deeper levels of acrimony.

(iii) Paralysing governance: In the absence of constitutional reforms, the Tatmadaw continues rule Myanmar by proxy. Not only that it holds key ministerial positions of Home, Defence and Border Affairs, the NLD government in its previous tenure has been forced to defend the military’s brutal actions against the ethnic minorities. While the Rohingya persecution project was an essentially sanctioned by the military, Suu Kyi had to bear the maximum brunt for defending it. The Tatmadaw may continue to employ this policy to discredit the NLD government and block its ability to govern. While the NLD may have been guilty of trying to court the military in order to receive its support for consolidating democracy, the Tatmadaw’s strategy of making the NLD responsible for its actions may prove to be detrimental to the NLD’s image.

(iv) Seeking alternatives to NLD: Given the current popularity of Aung San Suu Kyi, the USDP, even with 25 percent reserved seats for the military, might find it difficult to win the required number of seats form a government in future. However, things may change during the next parliamentary elections, due in 2025. Suu Kyi is 75-years old and may not be politically active for long. In her absence, the NLD’s electoral performance may suffer. This void is likely to be filled up by other political parties which participated in the 2020 polls. A strategic alliance with some of these anti-NLD parties may catapult the USDP to power.

In spite of having to settle for a quasi-democratic political set up, the Tatmadaw’s urge to preside over civilian administration remains undiminished. The 2008 constitution remains a key tool in its hands to subvert attempts at consolidating democracy in Myanmar. Results of the 2020 parliamentary elections have underscored the popularity of Aung San Suu Kyi and the NLD. But that alone will not be sufficient for the NLD to bring about much changes in the nature of civil-military relations. Without the political parties opposing the military’s overbearing role coming together, the latter will continue to have an overbearing presence in civilian administration.

[3] This includes seats in both houses of the parliament, state/regional parliaments as well as ethnic affairs ministry.