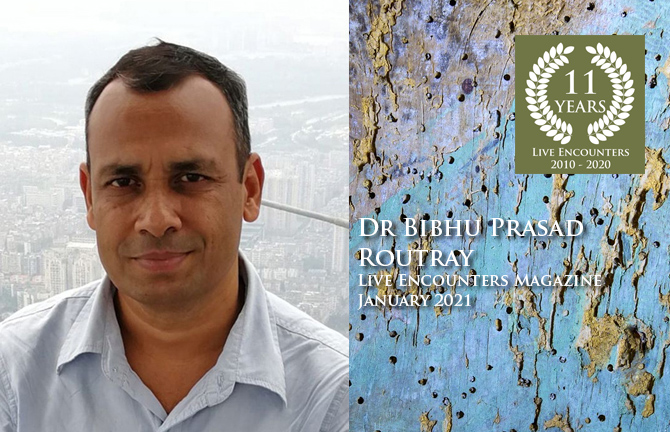 The Covid-19 pandemic has impeded the fight against violent extremism. Lack of resources has affected operations of extremist/terrorist organisations as well. However, to overcome the limitations, extremist/ terrorist organizations have expanded their presence in the cyber space. As South and Southeast Asia prepare for the post-pandemic period, extremist activism in the world wide web may pose a new danger in terms of expanded cadre base and novel techniques for perpetrating violence.

Debate on the way violent extremist/terrorist organizations (VETOs) have responded to Covid-19 pandemic has mostly centered on their proclivity to take advantage of states’ reduced ability to initiate counter violent extremism (CVE) campaigns. VETOs operating across theatres have indeed called upon their cadres and sympathizers to launch lone-wolf attacks, largely exploiting what they believe is the pre-occupation of the states and their agencies in dealing with the pandemic. Attacks carried out by the Islamic State (IS) and its affiliates, consequently, have registered a notable increase in some theatres including the African states. However, in addition to perpetrating attacks currently, the pandemic could also have presented a unique opportunity to the VETOs to implement a game plan that zeroes on preparing for the post-pandemic world. This strategy comprising online radicalization and recruitment could potentially make preventing violent extremism a harder task for many states, once they emerge out of the pandemic. This policy brief analyses the present trends in South and Southeast Asia and predicts how violent extremism may change through the pandemic period.

While curtailing ability of the states to conduct their CVE campaign, the pandemic has posed a unique set of challenges to the VETOs. In almost all theatres, it has affected their fund-raising capacities. As a result, their coffers to manage organizational as well as operational activities have dried up. This is especially true in case of organizations that depended upon both voluntary contributions from their sympathizers and those who extorted the captive population. Economic downturn brought about by the pandemic has led to a drastic reduction in such contributions. Extortion options too have become narrow with visible winding down of economic activity.

In Indonesia, for instance, the flow of donations to the Islamist VETOs have choked. Not surprisingly, therefore, chatter on the social media channels run by VETOs in Indonesia have increasingly centred on physical as well as digital fa’i or usurping of resources from the non-believers. In Nagaland, Naga insurgent outfit, the National Socialist Council of Nagaland (NSCN-IM) announced a reduction in the percentage of ‘tax’ it collects from the traders and general population in the state. The reduction would drastically reduce the annual ‘budget’ of the group, but is considered to be necessary to maintain popular sympathy during the challenging times. In Kashmir as well as Indonesia, cash-strapped militants have attempted to rob banks and cash vans. Police in India’s left-wing extremism affected areas have reported disruption of supply chain of essential items for the Naxalites. The latter, in turn, are reportedly asking the villagers to part with their share of rice and other items provided by the government. While fa’i or using the resources of the adversary to fight him is certainly not a novel method in terrorism/ violent extremism, increasing reliance on the method does point at the challenges of running a VETO during the pandemic. While affluent groups like the Afghan Taliban, with dedicated flow of drug money into their coffers, haven’t been really affected by the pandemic, a causal link between the lack of finances and declining terror attacks in many theatres of South and Southeast Asia isn’t difficult to establish.

At the same time, pandemic has provided the VETOs with a huge opportunity to expand their support base. The expansion of online medium has been a boon for the VETOs, who have begun to flush the web with extremist content. Sensing an opportunity to reach a much wider audience compared to the pre-pandemic times, the VETOs have gone extra miles to invest their scarce resources to provide a new push for online radicalization. Skillfully packaged videos ranging from translation of known jihadist leaders of al Qaeda and Islamic State to espousing the virtues of living under Shariah have flooded the cyber space in Bangladesh. In Kashmir, the Islamic State has released nine issues of web-based magazine, the Voice of Hind, in 2020 (till October). The pandemic has indeed exacerbated the conditions conducive to extremist threat, by increasing the climate of misinformation. Unemployment and lack of economic opportunities during the pandemic have significantly widened the pool of potential recruits for the VETOs. It can be argued that each of the countries in the South and Southeast Asian region, with a history of violent extremism, could be undergoing a sea change in terms of popular attitude towards the established regimes and their legitimacy.

The impact of such radicalization efforts can be assessed from the significant increase of subscribers of some of the YouTube channels that propagate such messages. According to a study, in Bangladesh, the number of interactions per Facebook post on violent extremist channels has surged by 250 percent in only one year, between April and June 2019 and during the corresponding period in 2020. Although no major terror attacks have taken place in the country since 2016, popularity of groups like the al Qaeda in the Indian Sub-Continent (AQIS) is perceived to be on a rise among university students. In Kashmir, where the Indian government has been implementing a pro-active policy to end terrorism, local recruitment to militant groups have continued unabated. Killing of more than 200 militants during various security force operations in 2020 (till October) notwithstanding, 145 youths have joined militancy, till 15 November. In comparison, 140 youths had joined militancy in 2019. In Indonesia, the Jemaah Islamiyah (JI) is estimated to have recruited nearly 6000 cadres this year.

Therefore, the present levels of extremist violence are not the accurate parameters to assess the future potential of the VETOs in South and Southeast Asia. The post-pandemic economic outlook for both regions is grim and these may plunge into worst ever recessions accompanied by contraction of regional growth and decline in private consumption. Millions could be pushed into poverty in the coming months. Dissent against the current regimes are projected to rise and alternately, the appeal of extremists propounding alternate worldviews may increase. This may provide an extremely fertile ground for the VETOs. In the post-pandemic period, an ill-prepared state may find itself pitted against resurgent extremist movements with vast cadre base and new techniques of destabilization.

State response, therefore, needs to embrace the new technologies, and evolve from the usual force-centric counter-terrorism (CT) approaches to focus more on prevention of violent extremism (PVE). In addition to allocation of additional resources to intelligence-based operations, deradicalization and counter-radicalization, the states need to drastically improve their strategic communication techniques targeting the potential recruits. Learning from experiences of other states would help avoiding common mistakes. Joint efforts would pave way for synergy in approaches, exchange and sharing of information, and reaffirmation in the shared vision of a region where VETOs find it difficult to operate and enlist support.