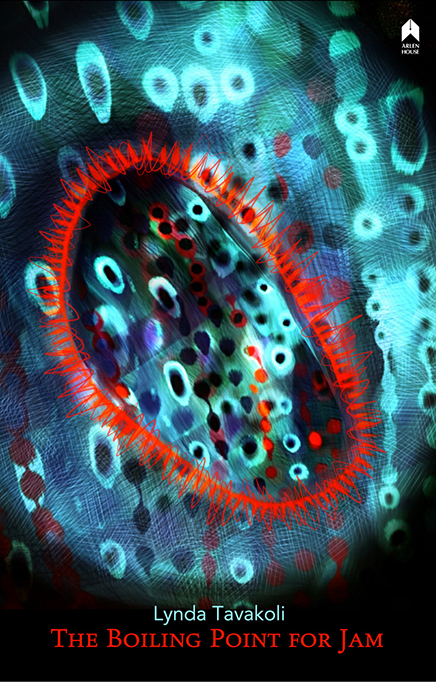 Debuts are often likely to contain father/mother poems, sibling relationships, rites and rituals of growing up. Such poetic trove is indeed mined here. Yet, Tavakoli’s ability to occupy fragile spaces with a muscular, sometimes visceral presence, renders the deeply personal universal, often with startling clarity. Life, love and loss may be well trammelled poetic tropes but through the prism of a keen eye and a commitment to language, the familiar translates into powerful epiphanies.

The opening poem begins with the tensions of ‘post-war austerity brooding/on strained shelves’ (Kitchen Comforts), a world where nothing went to waste ‘not even the birdsong/wakening her at dawn/that somehow hummed upon her lips/for the remainder of the day.’ Kitchen Comforts is a microcosm of what the reader can expect from poems where every word earns its keep, even tiniest details permeates emotional temperature. As in a description of jam-making; ‘She adds sugar to the softened fruit,/stirs until its coarseness fuses the pulp,’ (The Boiling Point for Jam).

Tavakoli’s mixed race marriage shows an awareness of more global tensions and paradoxes. In lines such as ‘Here on this Tehran Street,/Khomeini Street,/the black crows/softly trip the light fandango’(Backward Glancing on a Tehran Street). In Calling, ‘Strange too, how a church bell/peals in lingered space,/filling gaps between/the foreignness of each refrain’. With finely tuned sensibility, the poet succeeds in creating fresh awareness; ‘And there will be the scullery of coldness and oldness/and nothing much besides’(Lily’s Place), ‘sunbeams stroke from Velux windows/onto freckled carpets,’(Is This What I do), ‘staring over heron stacks/that shock like bizarre haircuts/in the shallows,’ ‘a starved mouth of spitted teeth/spilling like sawdust onto the garage floor,’ (Bow Saw) are but a few examples among so many.

There are a number of poems which illuminate vulnerable threads binding mother and daughter in the closing stages of an illness such as Alzheimers. With searing precision, Tavakoli captures the awful absence of memory, its storehouse emptying into repetition; ‘Today we talk of blue dresses and funerals/and how you love my coat, and how/you love my coat,’ (Is This What I Do?). Visiting a care home reveals further such repetitions via a much requested song; ’Will you not sing Carrickfergus for us?/as though the song had been already/chewed up, regurgitated/and made ready for repeat’. (What We Waste). There are softer truths here. Watermark, i.m. Seamus Heaney shows the poet’s sensitive handling of Heaney’s legacy, his themes and the inevitable sense of grief at his passing; ‘as the imprint of your watermark endures -/remembered, loved and missed,/for us; the lover’s stamp, your final kiss’. Watermark, together with You’re Beautiful are inspirational anthems for anyone who’s experienced loss; ‘say it even if the one/you say it to/wounds with their indifference/say it out loud/like a poem learned at school -/it will live in you afterwards’ or ‘When the sky cries/open up your face to it/and smell the rain’ (Petrichor).

Throughout the collection are many award winning poems, among them, The Big Freeze, the poem that won the prestigious Westival International Poetry Competition, 2018. The poet’s connection with nature, her ability to blend landscape into character, to illuminate the lives of two sisters found together ‘limbs stretched like starched shirts/abandoned on a washing line,/fingers, stalacto-stalagmites of frozen touch.’ The poet’s realisation that nature is our consoler and comforter when language itself is no longer possible is conveyed with poignant grace; ‘as one by one they picked words from the earth/and rested them upon the other’s mouth/like a coming melt of snow’(The Big Freeze).

The Boiling Point For Jam is a welcome addition to the impressive catalogue of Arlen House. Few debuts say it as well as Tavakoli.  Already an accomplished novelist and prose writer, this collection seals her reputation as a poet.

Lynda Tavakoli lives in County Down, Northern Ireland, where she facilitates an adult creative writing class and is a tutor for the Seamus Heaney Awards for schools.  A poet, fiction writer and freelance journalist, Lynda’s writings have been widely published in the UK, Ireland, the US and the Middle East.  She is a contributing writer for The Belfast Telegraph and Slugger O’Toole and her work has been broadcast on BBC Radio and RTE. Lynda has been winner of both poetry and short story prizes in Listowel, the Westival International Poetry Prize and runner-up in The Blackwater International Poetry Competition and Roscommon Poetry Competition. Her poems have been published in The Irish Times and translated into Farsi for a Persian audience. Lynda is a recent recipient of an Individuals Emergency Resilience Grant from The Arts Council of Northern Ireland. The Boiling Point for Jam (Arlen House) is her debut poetry collection.

Eileen Casey’s poetry, prose and short fiction collections are published by Arlen House, New Island and AltenTs (Rua Red Gallery). Work features in anthologies by Dedalus, Faber & Faber, New Island, Gandon Editions, The Stinging Fly, The Nordic Irish Studies Journal, among others. A Hennessy Award Winner (short fiction), she is a recipient of a Patrick and Katherine Kavanagh Poetry Fellowship. Berries for Singing Birds (Arlen House, 2019) is her fifth poetry collection. In 2020 she received support from Creative Ireland/Offaly Arts together with an Arts Council Bursary. Her small press, Fiery Arrow, publishes community based anthologies and individual collections. Currently one of three mentees with Filmmaker Helen Flanagan, she is also writing songs in collaboration with her son.