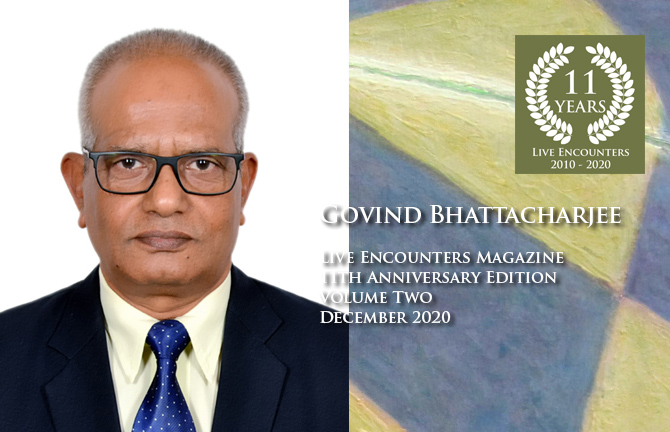 Dr. Govind Bhattacharjee, a former Director General at the Office of the Comptroller & Auditor General of India and a former Professor at the Indian Institute of Public Administration, New Delhi, is the author of a highly acclaimed and comprehensive book: Public sector Enterprises in India: Evolution, Privatisation and Reforms (SAGE, 2020). During his long career as a civil servant, he has served in various capacities in India and abroad, including as a Tax Advisor to a foreign government for four years. Dr. Bhattacharjee is a prolific writer and a columnist with versatile interests. He has so far published 10 books and authored more than 200 articles in various academic journals and national newspapers. 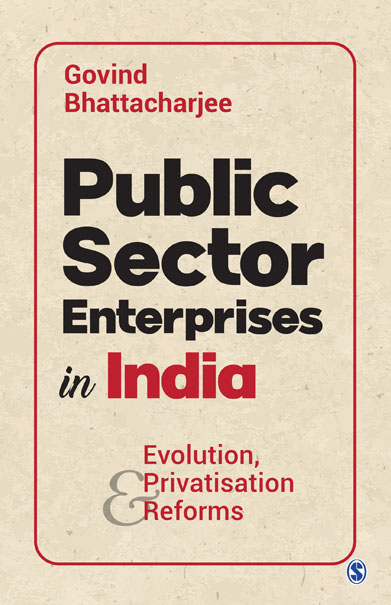 Inspired by his socialist underpinnings, Nehru wanted our public sector undertakings (PSUs) to scale the “commanding heights of the economy”. Yes, they did help the infant nation during its formative years, when the risk averse private sector was unwilling to build the industrial infrastructure of the newborn republic. At the beginning of our planning, there were only five Central (CPSUs) with total investment of Rs 29 crore. PSUs have grown luxuriantly since then, proliferating to 444 including 6 statutory corporations in 2017, with total government investment in them exceeding Rs 16 lakh crore in equity and long term loans. But the philosophy behind them has undergone a sea change, with redefinition of the State’s role as catalyst and facilitator rather than producer or distributor. In this changed paradigm of free market capitalism, they have been forced to submit to the market discipline and brace open competition. Protected and supported all along, and unprepared for such sudden exposure, many have perished. Today, most of our PSUs find themselves haplessly trapped in the vast no-man’s land between the State and the market.

Both UPA and NDA governments since 1990s have followed the policy of disinvestment and privatization of PSUs, initially by offloading of minority shareholding. The process gathered aggressive momentum after 2000 and by 2004, Government’s majority stake in many profitable PSUs like MFIL, BALCO, CMC, HTL, VSNL, PPL, ITDC, HCI, HZL, IPCL etc. were sold away, often allowing management control to pass onto monopoly industrial houses Sterlite, Tatas, Reliance, etc. Since then, both UPA and NDA Governments have disinvested many of our prized companies like ONGC, SAIL, NALCO, NTPC, BHEL etc. The remaining ones were left to struggle and survive in a hostile environment. Some negotiated this process of readjustment with aplomb, while many perished. Many are still languishing.

Privatisation, or returning public assets to the private entrepreneur, what Friedrich Hayek called the “spontaneous order”, has been universally equated with reform of the public sector. The process is necessarily disruptive, accompanied by job losses and workers’ miseries to which no answer has been found. The neo-liberal model destroyed the social compact and diluted the concept of the welfare state. As public assets are passed on to private hands which are often powerful conglomerates, economic and political power in society get redistributed and restructured.

Debates about the merits and means of privatization is far from settled anywhere. But while many CPSUs have well-adjusted themselves, the State Public Sector Undertakings (SPSU) fit nowhere in the changed paradigm. They are indeed in a sorry state – a helpless pawn in the hands of unimaginative and greedy bureaucrats and politicians. SPSUs are devoid of logic, vitality, sustenance and a raison d’être, and by consuming scarce resources of the states, they are also impeding their growth. They constitute the wasteland of the states’ economy.

To judge the PSUs by their performance, 212 of the 444 CPSUs earned net profit of Rs 1.6 lakh crore in 2016-17, while 157 incurred net losses of Rs 30,700 crore, SAIL and MTNL leading the pack of the loss-making entities with losses around Rs 3000 crore each. 188 CPSUs had accumulated losses exceeding Rs 1.23 lakh crore over the years, and 77 have their net worth completely eroded by accumulated losses. The Government earned Rs 46,000 crore from their disinvestment during 2016-17. Four CPSUs even made it to the coveted Fortune 500 list in 2018: Oil India (ranked 137), ONGC (197), SBI (216) and Bharat Petroleum (314) –  in company with Reliance industries (148), Tata Motors (232)  and Rajesh Exports (405). 46 CPSUs were listed in the stock exchange and 57 were either defunct or under liquidation. CPSUs contributed Rs 3.86 lakh crore to the public exchequer in 2016-17 in taxes, cess and dividends, earned forex worth Rs 87,616 crore through exports while paying Rs 4.59 lakh crore on imports on royalty, technical knowhow, interest, consultancy etc. They provided regular employment to 11.31 lakh people.

If that is a mixed bag of performance for the CPSUs, the performance of the SPSUs is indeed dismal. As of March 2017, there were 1136 functional SPSUs in India, with total public investment of Rs 14.55 lakh crore. During the year, they received Rs 2.25 lakh crore from government grants and subsidies. But more than a quarter of them – 292 companies – had their net worth completely eroded – some, by many times over. Out of 1136 working companies, only 541 had earned total profit amounting to Rs 18,415 crore, while the net losses of all working SPSUs amounted to Rs 84,118 crore. Their accumulated losses amounted to a whooping Rs 4.65 lakh crore as of March 2017. Only 117 earned some profit and paid total dividend of Rs 1253 crore to the governments in 2016-17. They provided regular employment to 17.4 lakh people.  But a quarter of them -319 companies – were dysfunctional and produce nothing, some for more than 30 years. They can’t be liquidated because they have never made their accounts and nobody knows how much they own or owe.

Indeed, nobody knows why the SPSUs exist, but you can find them everywhere. There are development corporations for the welfare of all sections of society – backward classes, SCs and STs, minorities, teachers and handicapped, and even forward communities. Then there are finance and development corporations in every state for almost all human endeavour – fishery, poultry, piggery, livestock, sugarcane, horticulture, pharmaceuticals and chemicals, industries, textiles, scoters and even films. Their primary activity is to provide loans which are refinanced by the Government under various schemes, and their only income is from interest. Lacking economy of scale besides technical skill and financial expertise, they are doomed to make losses from the beginning. Their purpose of providing subsidy or loans can be served much more efficiently by the existing network of public sector banks and financial institutions. But the real reasons for their creation and continuance is only to provide cushy parking places for senior bureaucrats, MLAs and powerful politicians as Chairman and Managing Directors so that state largesse can be extended to them through cars, perks and privileges which add to the losses at the cost of the taxpayers.

The international experiences show us that economic risks arising from a large public sector can be mitigated either by complete state sellouts, or by establishing robust mechanisms to keep PSUs at arms’ length from the government, while assiduously barring serving Government bureaucrats and politicians from exercising any control over them. Only a few countries have succeeded in this. They depoliticized their enterprises by insulating their PSUs from politicians and bureaucrats, professionalized their management and gave substantial autonomy by freeing them from bureaucratic interference, with the Government’s role being limited to issuing broad directives on policy issues, while leaving all strategic, tactical and operational issues to the PSU-management. Sweden and Thailand have created a Directors’ Pool from where all appointments are made to the Boards of PSUs. The reforms have turned most of their PSUs into profitable entities, and many of them have grown to become global brands. Strengthening the appointment procedures through such objective institutional processes and empowering the management to act autonomously, while making them accountable to the Government/ Parliament for achievement of commercial and non-commercial targets have worked wonders.

For better corporate governance of PSUs, a clear separation between the Government’s policy, regulatory and shareholder functions is a sine qua non. Singapore’s Temasek model effectively meets this end. As a holding company for all PSUs, Temasek professionally manages its subsidiary companies by appointing qualified managers and experts and procuring or selling their assets globally, while the Government only manages the policy at arm’s length. The Temasek model has created national champions from among the state owned enterprises like Singapore Power as well as global brands like Singapore Airlines, SingTel, DBS, Keppel etc.

In India, reforms so far have involved outright privatization of CPSUs, unaccompanied by the necessary reforms in the overall regulatory framework in which they operate. The boundary between the Government’s role as the owner and regulator also remains blurred. Privatisation has been driven primarily by public finance considerations – for using the funds raised to reduce fiscal deficits. As we have seen in many cases, mere change of ownership from public to private is no guarantee for better performance in terms of higher efficiency and profitability, unless accompanied by suitable market/ regulatory reforms ensuring a rule-based competitive structure covering entry, exit, bankruptcy and competition among companies. The landscape of the public sector in India remains paralyzed by excessive government interference and politicization. For making the PSUs vibrant, wholesale privatisation is not necessary, only the government needs to relinquish their control to a holding company or another intermediate entity than can manage them professionally, free from the stifling bureaucratic controls and rent seeking behaviour.