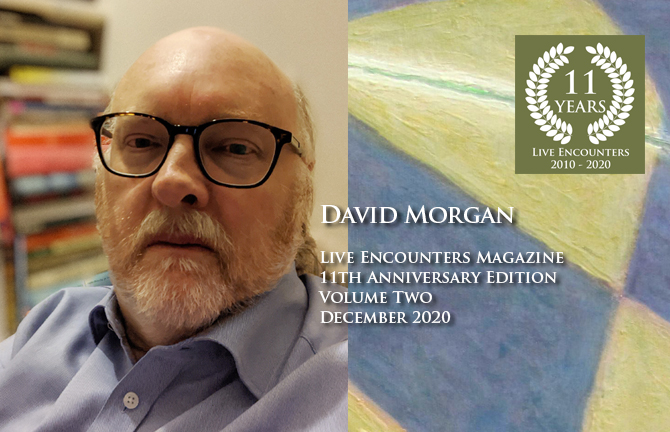 David Morgan is the author of The Good Old Cause – Communist Intellectuals and the English Radical Tradition, published in September 2020 by the Socialist History Society, of which he is the secretary. David is a journalist and editor who is interested in exploring the connections between literature and history.

The thirst for knowledge and the love of learning were long much cherished characteristics of poor people in the days before state education became the norm and when opportunities for social advance were strictly limited. (In the British context, which is my focus here, compulsory state education only gained traction towards the end of the Victorian age and university remained the exclusive preserve of the elite until well into the 20th century). Bookishness was especially common among those who felt compelled to do something about their lot by becoming political activists fuelled by idealistic beliefs in the possibility of building a new society that would be founded on fairness and equality to be achieved through the combined actions of the organised labour movement. Raising consciousness through careful reading of good books was regarded as a means of winning their own liberation and that of their fellow workers. Enlightenment would be the first step towards emancipation.

Political parties, as they emerged in the late 19th and early 20th centuries, tended to attract to their cause workers who were awakened to the tremendous injustices that pervaded their society and, determined to do something practical about it, they aspired to leadership of their class. Socialists and Communists were often self-taught intellectuals who were thoroughly devoted to learning both as an end in itself and as a means to an end. Books had a highly treasured place in their households. One such typical worker activist and early British Communist, nowadays largely forgotten, was named T A Jackson. He gained quite a substantial following through a regular newspaper column that he produced for the Daily Worker and which appeared in the years between the two world wars. These were the decades of economic depression, mass unemployment, the rise of fascism in Europe and the onset of a calamitous world war. Jackson was fully aware of the political and economic turmoil that was all around him, but he was still convinced that it was vitally important for individuals to find a little time for reading and for acquiring knowledge. He believed that books gave people access to the greatest things in life and that fine writing provided rich food for the mind. Literature possessed the capacity to inspire the imagination which was dulled by repetitive labour and oppressive social conditions.

Jackson was an enthusiastic teacher and took on the task of educating his fellow workers in the classics of English literature fired by his own enthusiasm for reading which he acquired from an early age and his belief that the working people had as much right to culture as the privileged class. Jackson understood the value of reading literature in much the same way that the Victorian critic Matthew Arnold did: Arnold had argued that people should read “the best that has been thought and said” as a means towards their own education and learning.

Each week in his popular newspaper column Jackson would write about one author and introduce their key works to his responsive readership. Jackson was a shrewd critic and by no means biased towards the “proletarian novel” or works of socialist realism; far from it. The authors that Jackson chose would easily have impressed professional literary critics such as the influential Cambridge based, F R Leavis, the founder of the journal, Scrutiny, and who was a prominent advocate of what he called the “great tradition” of English literature.  In Jackson’s column, readers would be made aware of Jonathan Swift, John Bunyan, Henry Fielding, Daniel Defoe, Samuel Richardson, Tobias Smollett, Thomas Love Peacock, Jane Austen, Walter Scott, Dickens, the Brontes, Thackeray, Thomas Hardy, Trollope, George Meredith as well as Shakespeare. Jackson wrote as if reading a book was a political act and he urged his readers to demand that the local library stocked the novels that he recommended if they could not afford to buy books for themselves. Jackson offered up a formidable list of authors, several of whom are not very widely read these days.

Jackson’s essays were later collected in a book titled, Old Friends to Keep. He regarded authors as “old friends” and was a strong proponent of the reading of literature for its own sake, not simply for the political messages that could be discovered in all good works of fiction. Jackson shared with Leavis an understanding of the true value of literature and its power to influence people’s behaviour, shape attitudes and develop sensibilities. The great difference between the thinking of Jackson and Leavis was that the latter felt that only a minority of the public would ever be able to fully appreciate the meaning of great literary works, while Jackson believed that they could and should become accessible to everyone with sufficient learning, time and opportunity. Jackson was a believer in awakening the power of the imagination in everyone. Leavis, incidentally, was far from being entirely a conservative in outlook and was, in fact, inspired by the poet and critic Edgell Rickword, who in 1925 had founded a pioneering literary journal called, The Calendar of Modern Letters. Like Jackson, Rickword was a Communist. Leavis adapted the title for his own literary journal, Scrutiny, established in 1932, from a column of Rickword’s called “Scrutinies” that appeared in the Calendar. Leavis parted company from Rickword and Jackson in political affiliation; they were comrades in the struggle for socialism, while Leavis was a firm advocate of detachment and what he termed “disinterestedness”. Jackson was just as much a believer in the importance of literature as was Leavis; he was simply more optimistic about the possibility of converting the masses to a love of the finer things in life. Jackson’s enthusiasm is infectious and helps sustain hope even in the bleakest of times. We have need of such human qualities today.

In an essay called “Why the Novel?” that concludes his collected articles, Jackson argues that “for a full life, men need food for their minds as well as their bodies, so too, they need food for their fancy, their sympathy, their power of creative imagination.”

“It is my conviction, supported by the experience of a life-time, that no class feels so hungry for these as does the wage-worker class – whose circumstances have tended drastically to deny them all power of satisfying this cultural hunger, except in mean and scandalously adulterated ways.”

“The fight for leisure, and for the facilities which enrich leisure with recreational possibilities, has therefore been an integral part of the programme of working-class struggle from the very beginning.”

In a passionate advocacy of the power and value of literature, Jackson argues that what he describes as “the systematic cultivation of the imagination” is “the most fundamentally revolutionary work that there is to be done.”

Jackson’s arguments amount to an emphatic repudiation of the concept of the division between “high” and “low” culture or of an elite culture that is far removed from popular culture. He looks forward to a time when there is a quality common culture that can be enjoyed and appreciated by a well-educated public with sufficient free time to make full use of the best that is available to them. It would be a rich common culture and shared experience enjoyed by everyone in a future that has so far remained elusive. Jackson believed that the people had the power to make his dream a reality and that literature would help them to realise how they could achieve it.

The writings of working-class intellectuals such as Jackson are sadly little-known today outside a small circle of enthusiasts. This is our loss because his very simply expressed arguments remain persuasive and he has much to teach us about the value of literature, the role of culture as an essential part of life and, most of all, how the power of the imagination can be stimulated by one’s reading. The imagination is the ultimate of democratic concepts: we all have access to it given the right education that stimulates our curiosity, encourages us to develop our creative instincts and helps us to realise our full potential as human beings. Computer games, texting and social media are all poor substitutes for the kind of stimulus that is needed to enable the creative human imagination to flourish, as flourish it must.