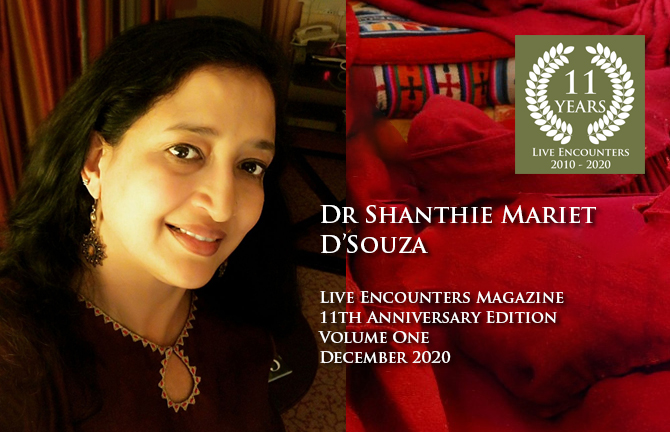 India and Germany have made tremendous investments in Afghanistan since 2001. The present  levels of violence combined with the uncertainties associated with the peace deal are impacting Germany’s and India’s role and commitment in the reconstruction of Afghanistan. Despite sizeable investment in Afghanistan by the international community for the last 19 years, the task of stabilizing Afghanistan seems farfetched.  Dwindling international financial assistance and lack of economic stability in Afghanistan is leading to a constant flow of refugees out of Afghanistan, rise in unemployment, and increase in criminal, narco and insurgent activities. Most of the development projects initiated by the international community in post-2001 Afghanistan are winding down or have been abruptly closed leading to an economic crisis in the country.

Amid concerns over backsliding of the country into further chaos and violence, Germany and India who have been important stakeholders in rebuilding Afghanistan need to explore and build platforms of cooperation for the long-term stabilization of the country. Given the convergence of interests in the stabilization of Afghanistan and strategic partnership, Germany and India are uniquely positioned to cooperate in stabilizing Afghanistan. More importantly, as Germany and India aspire to play a major role in the international arena, Afghanistan would be a test case of how these both countries develop joint strategies in conflict resolution, global governance, and formation of an alliance of multilateralists in a rapidly changing global order. The new “Policy guidelines for the Indo-Pacific region” is an important development to take note. 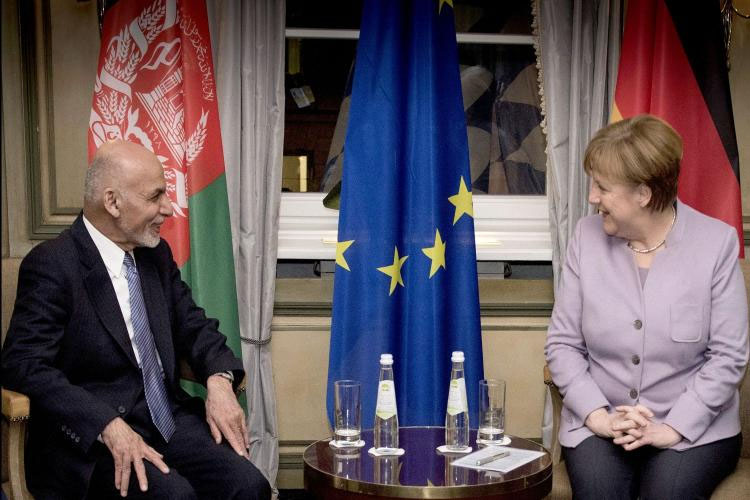 Germany’s engagement with post-2001 Afghanistan depicts a positive role in the reconstruction of the war-ravaged country in wide ranging sectors. Germany has contributed significant amount of resources to a large number of projects in the country. Since the creation of the Afghanistan Reconstruction Trust Fund (ARTF), administered by the World Bank, in 2002, Germany has contributed almost 47 billion AFs. In November 2017, the Afghan government and the German KfW Development Bank signed a financial agreement according to which Germany pledged to contribute another 6.44 billion AFs in aid to government.

And yet, peace and stability remains elusive in Afghanistan. A report by the German Foreign Office on military and civilian engagement in Afghanistan, published in March 2018, provided a rather gloomy picture about the progress made thus far. According to the paper, the security situation in the country has deteriorated substantially since the withdrawal of NATO forces in December 2014. “Combat actions, (terror) attacks and the risk of kidnapping now allow for investments and consulting services only under strict security precautions and make long-term, sustainable-oriented engagement by international specialists difficult.” The report establishes a link between the worsening security situation and the constraints it puts on effective provision of civilian assistance. Germany is being able to providing civilian assistance in “safe and accessible regions”, according to the report. The developments on the ground demonstrate the limits of security dominated approach and the need to move to a more comprehensive approach of economic stabilization of Afghanistan.

More importantly, the report concludes that “Afghanistan is one of the world’s main exporters of refugees.” The reasons for this are “above all, unsatisfactory economic development and corruption, the security situation and population growth.” It’s conspicuous that economic development appears first in that list, with the lack of security coming second. In face of the rapidly deteriorating situation and rising number of refugees, there is an immediate need for German policy makers to reformulate and re-orient the present policy towards economic stabilization of the war ravaged country. 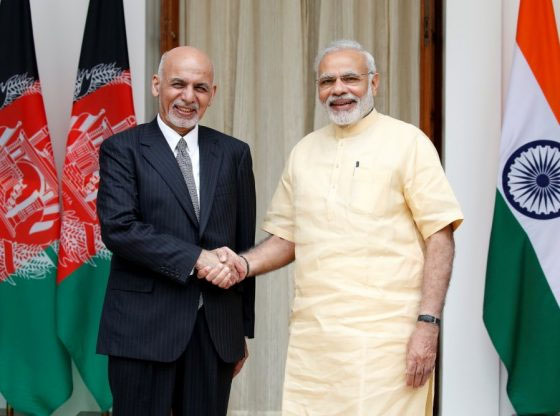 India has contributed to the economic reconstruction of war-ravaged Afghanistan since 2001. Avoiding a security-centred role, India adopted a ‘soft power approach’, re-establishing cultural and historical links between the two countries; providing development aid; and assistance for economic, social, civilian, political, and administrative capacity building. Stability in Afghanistan would help India address its energy needs from and build trade routes with Central Asia in the long-term. Afghanistan’s role as a ‘land bridge’ is crucial for fulfilling these objectives. The other primary interests include security and having a stable democratic regime in Kabul. India has emerged as the largest regional donor country, having pledged more than US$3 billion and invested in diverse areas including healthcare, education, infrastructure, social welfare, and in the training of politicians, diplomats, and police.

The withdrawal of international forces from Afghanistan since 2014 has continued to be a source of anxiety and uncertainty in Afghanistan, as well as in the region. In New Delhi too, there are concerns about an unstable Afghanistan yet again turning into a springboard for destabilisation and terrorism, with a direct impact on India’s security. There are worries that a steady deterioration of conditions on the ground may limit India’s long-term economic engagement with Afghanistan. The popular goodwill that has been generated for India by its development and economic assistance may not be sufficient enough to sustain India’s economic engagement, reconstruction, and development activities. As New Delhi grapples with the rapidly changing dynamics inside Afghanistan and in the region, whether India can continue its present role in Afghanistan is a subject of growing concern in the strategic and policymaking circles in New Delhi. The need for developing partnerships of collaboration seems to be taking place at a time when the type and period of US presence and commitment remains unknown in Afghanistan.

The present state of affairs in Afghanistan is, therefore, is a testament to the fragile achievements of the international community. Enormous resources have been spent and yet, the achievement remains far too disproportionate to the efforts on the ground. Clearly, there is a need for an alternate approach to stabilizing Afghanistan. It has to be beyond piecemeal approaches, transactional relationships and has to be based on convergence of interests. The deteriorating security situation and political uncertainties impinge on Germany’s and India’s concerns and interests.

India and Germany signed a strategic partnership in May 2000. The bilateral relations were augmented to a ‘new level’ in 2017. Centred so far mostly on trade and development, the bilateral relations need to look for new and innovative areas of close cooperation. Afghanistan where both India and Germany have a lot of stake can be an apt theatre for developing and strengthening bilateral and multilateral cooperation. Such cooperation, however, needs to emerge from the trap of the usual methods adopted in that country so far and need to evolve an alternate strategy for stabilization. 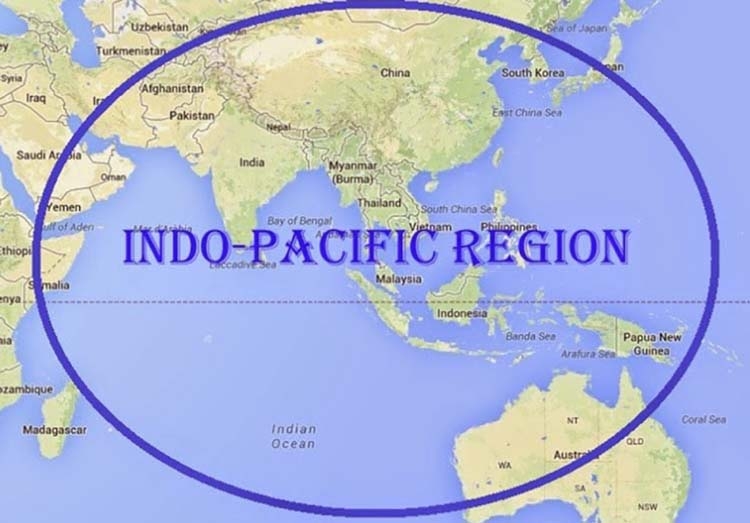 There is to need to use alternate approaches to stabilize Afghanistan based on the strategic partnership between India and Germany. Both countries need to convert their convergence of interests in Afghanistan by building clusters of collaboration in three sectors- security, political and socio-economic. This would further strengthen India-Germany relationship and help carve their role as major powers in conflict resolution and global governance at a time when both seek an expansion of UN Security Council. In times of shifting global power dynamics, an alliance of democracies and multilateralists could play an important role in the global world order. Such cooperation would be within the broad ambit of the 2017 upgradation of the bilateral relations to a new strategic level.

Moreover, the new “Policy guidelines for the Indo-Pacific region” released  by the German government in September 2020, signaled a significant change in the country’s approach towards the Indo-Pacific and has been welcomed by India. These guidelines also provide an unique opportunity for India and Germany to increase their levels of cooperation and engagement in Afghanistan. Joint projects, investments and trilateral mechanisms in the economic and political sector would help in the long term stabilization of Afghanistan. As Afghanistan traverses a difficult transition period, India and Germany can work together in building on the gains of the last decade and half and at the same time demonstrate their commitment on issues of global governance and conflict resolution.