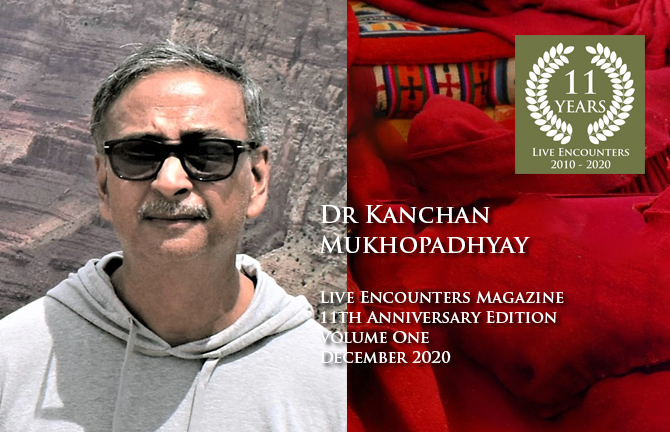 Food and Power: Expressions of Food-Politics in South Asia by Kanchan Mukhopadhyay Published by SAGE – https://stealadeal.sagepub.in/food-and-power-kanchan-mukhopadhyay-9789353883768.html 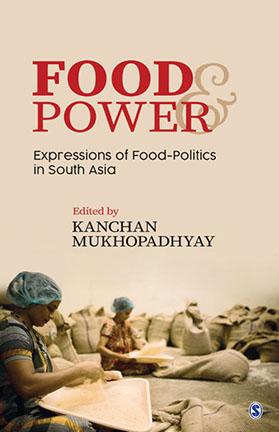 South Asia is known for linguistic, religious, diverse creativity, and wide gastronomic variation. Significance of gastronomy in the region is immense, social rank of a person or of a community is often equated with food practices. Those with higher socio-economic status and political power often present their food ethos as universal and impose those on others.

Framework of hegemonic ideologies found in the region and methods of dominating over others are generally known. But varied forms of power relations in the pluri-cultural situation, especially from perspective of the dominated ones, are not known adequately. This book includes several studies, some auto-ethnographic, dealing with varied forms of power relations expressed through food-politics.

In his chapter on food tradition of Chandal, a low-ranking caste of Bengal, Saradindu Biswas has discussed how groups enjoying higher rank looked at their food practices. In the Puranic tale of Raja Harishchandra, the king had to masquerade as a Chandal and eat substances unfit for human consumption. Biswas has mentioned anti-hegemonic ideological and political movements organised by some Chandals since nineteenth century.

A similar phenomenon was observed among the Santals of West Bengal by Kanchan Mukhopadhyay; this indigenous community challenged domination of the diku, socio-economically powerful Hindus, many a times. More recently formally educated Santal neo-elites identified beef and rice beer as part of their tradition, tabooed items for the diku, and used tradition as a political tool.

Urmimala Sarkar Munsi has discussed use of symbolic power of food by student community to counter tyrannical authority of an Indian university. When authorities tried to empty public space in the campus during night, a roadside late-night tea stall cropped-up to symbolically occupy the space. On other occasions hunger strike was used by students to assert their resistance; both actions have been interpreted as performative.

Francis Kulirani has discussed another act of defiance that took place in Kerala, there avarnar or low-ranking castes were not allowed to dine with savarnar, high-ranking castes. Avarnar leaders organized reform movements, saha-panthibhojanam or dining together became a form of protest and it gained popularity. While celebrating centenary of saha-panthibhojanam in 2017, eminent persons of the state admitted, caste boundaries could not be demolished completely.

Some authors have studied certain understated forms of food politics. Dharitri Narzary has highlighted socio-political significance of material culture of food among the Boro people, an indigenous community of Assam, and mentioned how Hindu ethos tried to demean Boro food practices. Pork and some other edibles were described as unclean; processing food by fermentation, smoking, drying, and roasting as foul. Such discrimination, Narzary has argued, helped the Boros to reinvent their tradition.

Nabakumar Duary has studied use of space in a rural market in West Bengal; traders occupying central part of the market often are from upper or middle layers of society, they sell universally consumed items like groceries, fruits, and vegetables. Traders, who are allotted peripheral space, are mostly from lower socio-economic strata; they sell meat, fish, home-made alcoholic beverages, and non-cultivated food items. Such locally produced food allows the marginal people partial self-sufficiency.

Study of food practices among South Asian sex workers and their children are scarce. Chhanda Mukhopadhyay found food intake of brothel dwellers of Kolkata city to be irregular and highly dependent on street food. Some of them were addicted to alcohol and other narcotics. Irregular working hours, financial insecurity, lack of social control, and marginalisation have been identified as principal reasons responsible for such behaviour.

Relation between food and ethnic identity among the Karen of Andaman Islands has been examined by Shiba Desor and her co-authors. The Karens migrated from Myanmar about a century back, in Andamans they practiced fishing, agriculture, livestock keeping, and foraging. Restricted access to resources and influence of dominant ethos in the islands have changed their food practices; still, they retain distinctiveness of their cuisine as it is an important identity marker.

In her study of the Mangniyars of Rajasthan, Ratna Dhar has noted flexibility of their identity. Mangniyars serve Hindu Rajput families as musicians and genealogists; they are Muslim by religion but ranked as low caste. Their resilience is evident from the way they eat food at Hindu patrons’ place; Mangniyars carry their own plates to eat food from, their caste rank demands that. Still, they refuse to accept meat from Hindu patrons, who are not halal eaters.

Drawing examples from classical musicians of North India, Svetlana Ryzhakova has highlighted links between music and food. Sometimes food is metaphor, the long and difficult process of learning music is compared with cooking. Sometimes food is real, gastronomic preference of a musician is considered indicative of consumer’s personality. Ryzhakova has noted, most musicians travel a lot, encounter different lifeways, and often flout community-specific food norms.

Role of gender politics in educated urban families of West Bengal has been examined by Moumita Dey, she has noted that generally women are not allowed to decide what they should eat or drink. The author has argued, often women themselves are responsible for perpetuation of inequalities, many of them try to excel in gender-specific roles.

Shibani Roy has narrated her childhood food experiences as member of a middle-class Bengali Hindu family in Delhi and noted co-existence of cosmopolitanism and parochialism in the neighbourhood. The space of family kitchen was governed by orthodoxy, which made the then young author question the conventions. The chapter has been enriched by another autobiographical narrative, that of a lady from a Muslim aristocrat family from same part of the city.

Sreenathan M has covered a large span while exploring relation between food-culture and food-lexicon in socio-culturally heterogeneous Dravidian ensemble. He has argued, culture-specific words reflect a society’s cultural experiences. Considering archaeological, historical, ethnological, and linguistic evidences, he inferred that grammar of Dravidian food culture reflects linguistic identity as well as patterns of convergence.

Some authors have critiqued ideologies and policies based on hegemonic doctrines. Zia Us Salam has discussed evolution of cow from dietary preference and sacrificial offering in ancient India to political animal in modern times, he has related the development with colonial policy of dividing people in religious lines. Anti-beef stance of some political groups is not ideological – because they show beef-tolerance in places where majority are beefeaters, he has argued.

Amitabha Sarkar has flagged a vital issue; he has studied a small subsistence level forest-dependent community, Dandami Maria of Bastar, and examined impact of industrialization on them. Forest resources not only fulfil their material needs, it is extension of their spiritual world. Sarkar has described plight of a village where mining operations turned subsistence cultivators into industrial wage workers and has noted that other villages are awaiting similar fate.

The Trans-Himalayan community of Spitians were dependant on traditional agro-pastoral economy before government introduced various development programmes in 1960’s. Sumit Mukherjee has evaluated the transformation, now the people are making good profit from production of green peas and apple, but largely consuming food grown elsewhere. In a cold dry region with limited arable land, the new cash-crop economy has affected their self-sufficiency in food.

Vishvajit Pandya and Madhumita Mazumdar have discussed changing foodways of the Jarawas, a hunting-gathering community of Andaman Islands. Earlier, welfare agencies and settlers offered food to befriend them. Once befriended, the state assumed them to be hungry and started feeding them. The authors have noted how rice became part of gastro-politics; while welfare agencies discourage distribution of rice among Jarawas, that can make them dole dependent, some settlers give them rice in exchange of foraged items.

Natural resource base of Chittagong Hill Tracts in Bangladesh, habitat of several indigenous communities, was interfered with when a dam was built and large tracts of land submerged, and when migrants from the plains were settled. Ala Uddin has discussed how the damaged ecology affected food security of earlier inhabitants, who consider locally available food to be nutritious and medically beneficial – scarcity of such items has affected their sense of wellbeing.

Om Gurung and Uddhav Rai have discussed semi-nomadic Chengpa community of Nepal, they were hunter-gatherers and slash-and-burn cultivators. Government settled them down to develop their lifeways, without providing any viable alternative livelihood. Interference of the nation state in ideological matters has marginalised them further.

This wide array of subjects, varied forms of power relations manifested through different modes of food transaction that have been scrutinised using multiple analytical tools, are expected to enhance our understanding of social-cultural diversity, especially of expressions of food politics, in South Asia.