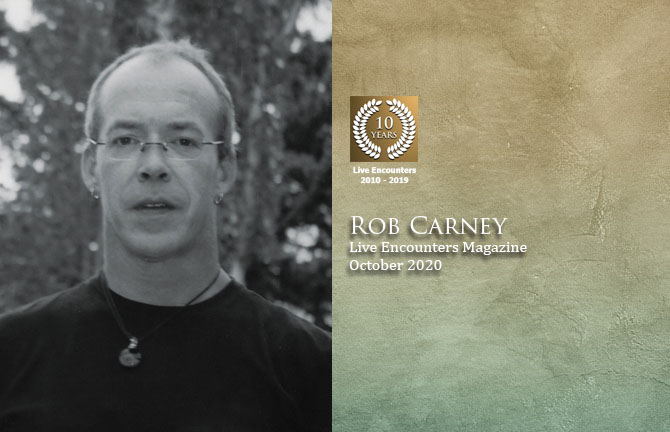 Rob Carney grew up in the Pacific Northwest but has lived the last 23 years in Salt Lake City, Utah. He’s the author of seven books of poems, most recently Facts and Figures (Hoot ‘n’ Waddle 2020), and The Book of Sharks (Black Lawrence Press 2018), which was a finalist for the 2019 Washington State Book Award. In 2014 he received the Robinson Jeffers/Tor House Foundation Award for Poetry. His work has appeared in Cave Wall, The American Journal of Poetry, and many others, as well as the Norton anthology Flash Fiction Forward (2006). He’s a Professor of English at Utah Valley University and writes a regular feature called “Old Roads, New Stories” for Terrain.org.
https://stormbirdpress.com/ and https://www.facebook.com/StormbirdPress. 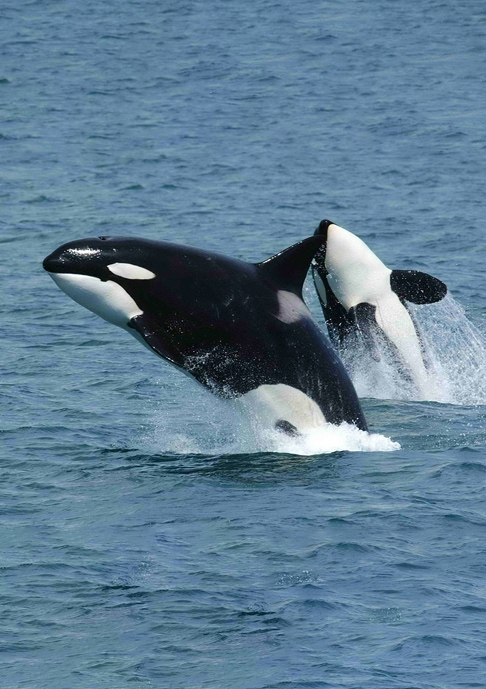 On Mother’s Day, my mom asked, “Did you see the white orca?”

I hadn’t—it didn’t make the Utah news—so I looked it up.

A pod of orcas from Canadian waters, or sometimes the San Juan Islands, was sighted in April at the south end of Puget Sound, and one of them, very rare, was completely white. In the articles, they mention that, technically, it’s gray, but in the footage shot by aerial drones, it stands out white as a beluga whale, and by articles plural, I mean there were a lot.

It even made People magazine. Not the Australian soft-core thing; it’s more like Who, or wherever you hear which actors got divorced and what the British Royals thought about a bi-racial American woman marrying into the family. Now, though, with no new movies coming out, I guess a white orca filled the gap. There was even an easy quote they could cherry-pick since a guy told local reporters there was “a certain mystical quality” to seeing it.

I’m not writing this to quibble with his word choice, and not with People either. I’m just saying that the pod themselves didn’t pay it any mind. I can’t prove that, of course, because we don’t speak Orca. We listen in, we record it, but so far no one can translate. Man, do I wish. How fantastic would that be? Plenty. And it would validate my claim that it’s humans who get stuck on the color of things, hung up about the outward.

My cat doesn’t hate orange cats for their orangeness, and wolves don’t get resentful if the alpha has black fur, and this pod of transient orcas (more on that in a minute) doesn’t care, not remotely, that one of them is white. That’s a human thing. In fact, it might be the thing that makes us most distinct. Not our brains being disproportionately large for our body size; that’s also true of crows. Not the use of tools, and not problem-solving intelligence; that’s true of crows again, and crows again. A feeling of grievance about injustice, and being self-sacrificial, even with strangers—these two are human traits, right? But they aren’t ours alone; zoologists have tested this and found them in capuchin monkeys.

“What about teaching and passing on knowledge?”

“Wolves do that, and so do orcas.”

“What about the sense that our connection to others extends beyond the grave?”

“Well, we might have just learned that from elephants. They visit the bones of their dead, pick them up with their trunks, even dance with them, or seem to be dancing. A kind of ritual. An elephant ceremony.”

“Okay fine, but at least we have language.”

“And orcas do too. They’ve even got dialects; it’s not the same from pod to pod. Like Chinook and King Salmon, like ballena and whale. Like us.”

Speaking of whales, I’m going to finish with a whale poem.

But before I do: Though orcas are nicknamed killer whales, they aren’t really whales at all; they’re the biggest kind of dolphin. And “transient orcas” doesn’t mean what I thought it did. It’s got nothing to do with migration; it’s about what they eat. This pod—the one with the white one—eats mammals, so they’re doing pretty well. Laws to protect humpbacks, gray whales, and sea lions have helped the orcas too because their food source has bounced back. It’s the other pods that are starving. They eat fish, and most of the salmon have been wiped out. Too much pollution. Too many dams, so they can’t get upriver to spawn. Yes, hydropower is better than coal, but we still have a long ways to go.

Why We Have Whales

People thought whales were fish,
but they’re not.
And a whale didn’t swallow Jonah,
and yes I’ve heard that story too, but no.
And they weren’t a source of lamp oil
though we killed and used them anyway,
as if staying up late to read anything—
say, a letter to The Picayune
justifying slavery—
could somehow balance
the ocean’s loss,
but no . . .
Now the sight offshore
of spouting water.
And seagulls above them like squawking comets.
And wind. And somewhere
a shutter banging, then again, its nails
pulled loose, the frame weathered.
Imagine you can see them breaching.
Now imagine them gone