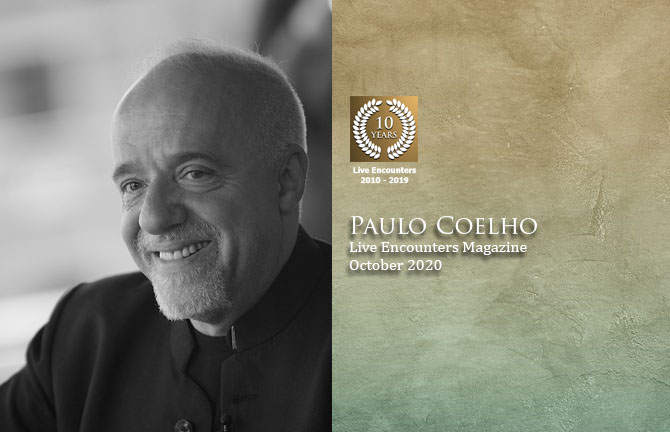 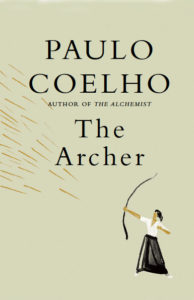 Paul Coelho’s latest book, The Archer, published by Knopf in the US, will be available at all bookstores on November 10th, 2020.

Paulo Coelho (Portuguese: [ˈpawlu kuˈeʎu]), born August 24, 1947) is considered one of the most influential authors of our times. His works have been translated into 83 languages and are sold in 224 territories. So far, the 1,018 versions of his 30 books have sold more than 320 million books around the world. He worked as a director, theatre actor, composer and journalist. His collaboration with Brazilian composer and singer Raul Seixas gave some of the greatest classic rock songs in Brazil. He has received numerous prestigious international awards amongst them the Chevalier de l’Ordre National de la Légin d’Honneur and the Crystal Award by the World Economic Forum. He has been a member of the Academy of Letters of Brazil since 2002, and in 2007 he was proclaimed Messenger of Peace by the United Nations.
https://www.facebook.com/paulocoelho/
https://paulocoelhoblog.com/
https://santjordi-asociados.com/literature/

“At the beginning of our life and again when we get old, we need the help and affection of others. Unfortunately, between these two periods of our life, when we are strong and able to look after ourselves, we don’t appreciate the value of affection and compassion.  As our own life begins and ends with the need for affection, wouldn’t it be better if we gave compassion and love to others while we are strong and capable?”

The above words were said by the present Dalai Lama. Really, it is very curious to see that we are proud of our emotional independence.  Evidently, it is not quite like that: we continue needing others our entire life, but it is a “shame” to show that, so we prefer to cry in hiding. And when someone asks us for help, that person is considered weak and incapable of controlling his feelings.

There is an unwritten rule saying that “the world is for the strong”, that “only the fittest survive.” If it were like that, human beings would never have existed, because they are part of a species that needs to be protected for a long period of time (specialists say that we are only capable of surviving on our own after nine years of age, whereas a giraffe takes only six to eight months, and a bee is already independent in less than five minutes).

We are in this world, I, for my part, continue – and will always continue – depending on others.  I depend on my wife, my friends and my publishers. I depend even on my enemies, who help me to be always trained in the use of the sword.

Clearly, there are moments when this fire blows in another direction, but I always ask myself: where are the others? Have I isolated myself too much? Like any healthy person, I also need solitude and moments of reflection.

But I cannot get addicted to that.

Emotional independence leads to absolutely nowhere – except to a would-be fortress, whose only and useless objective is to impress others.

Emotional dependence, in its turn, is like a bonfire that we light.

In the beginning, relationships are difficult. In the same way that fire is necessary to put up with the disagreeable smoke – which makes breathing hard, and causes tears to pour down one’s face. However, once the fire is alight, the smoke disappears and the flames light up everything around us – spreading warmth, calm, and possibly making an ember pop out to burn us, but that is what makes a relationship interesting, isn’t that true?

I began this column quoting a Nobel Peace Prize winner about the importance of human relationships. I am ending with Professor Albert Schweitzer, physician and missionary, who received the same Nobel prize in 1952.

“All of us know a disease in Central Africa called sleeping sickness. What we need to know is that there is a similar disease that attacks the soul – and which is very dangerous, because it catches us without being noticed. When you notice the slightest sign of indifference and lack of enthusiasm for your similar, be on the alert!”

“The only way to take precautions against this disease is to understand that the soul suffers, and suffers a lot, when we make it live superficially. The soul likes things that are beautiful and profound”.