Dr Howard Richards (born June 10, 1938) is a philosopher of Social Science who has worked with the concepts of basic cultural structures and constitutive rules. He holds the title of Research Professor of Philosophy at Earlham College, a liberal arts college in Richmond, Indiana, USA, the Quaker School where he taught for thirty years. He officially retired from Earlham College, together with his wife Caroline Higgins in 2007, but retained the title of Research Professor of Philosophy.  A member of the Yale class of 1960, he holds a PhD in Philosophy from the University of California, Santa Barbara, a Juris Doctor (J.D.) from the Stanford Law School, an Advanced Certificate in Education (ACE) from Oxford University (UK) and a PhD in Educational Planning, with a specialization in applied psychology and moral education from the Ontario Institute for Studies in Education (OISE), University of Toronto, Canada. He has practiced law as a volunteer lawyer for Cesar Chavez’s National Farm Workers Association, and as a specialist in bankruptcy.   He now teaches philosophy of science in the Doctoral Program in Management Sciences at the University of Santiago, Chile, and co-teaches “Critical Conversations on Ethics, Macroeconomics and Organizations” in the Executive MBA program of the Graduate School of Business of the University of Cape Town, South Africa. He is founder of the Peace and Global Studies Program and co-founder of the Business and Nonprofit Management Program at Earlham. Dr Richards is a Catholic, a member of Holy Trinity (Santisima Trinidad) parish in Limache, Chile, and a member of the third order of St. Francis, S.F.O  https://en.wikipedia.org/wiki/Howard_Richards_(academic) 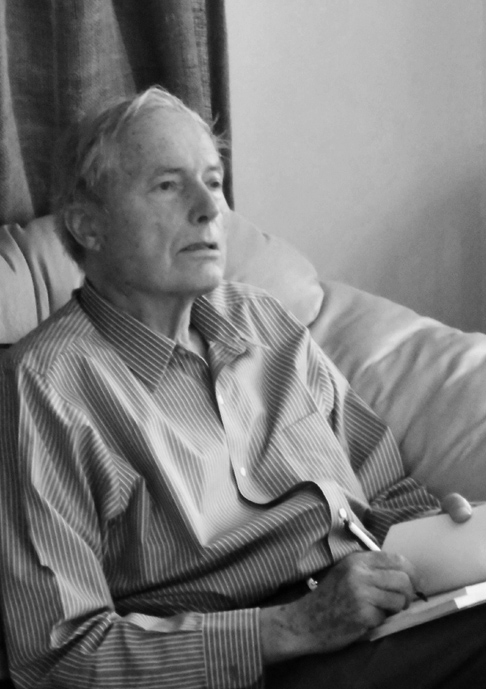 We are trying.  We keep bees.  We use reusable shopping bags, not plastic. We plant trees.  We create  new fertile soil with compost, manure, potting soil and worms fed with table scraps. We heat water with solar energy. We recycle glass and metal. We walk, bicycle, or take public transportation and keep our houses well insulated in the winter.

Millions of others are trying too.  To cite one of innumerable examples:  People living on welfare benefits, organized by eco-activists, cultivate organic gardens on the rooftops of apartment buildings in large cities

But we backyard and rooftop do- gooders are just the small fry. Not far from here a joint venture of two large corporations is building Chile´s largest wind farm.  It will power with renewable energy the mining of copper that in turn will go into making electric cars in China. Renault has stopped making gas cars in China entirely and gone 100% electric.  Nearly every government has a ministry to protect the environment.  Saving the planet is part of the mission and vision of General Electric, BP, Google, Hindustan Lever, Nestle and nearly any great corporation you can name.  It is featured in their reports to their shareholders.  The deadly Fog of London is a thing of the past.  Energy efficient green buildings are a common present day reality in Germany.

Something is wrong.  An estimated 24 billion tonnes of fertile top soil are lost due to erosion each year.[1]  More soil is lost through poisoning by pesticides,[2] directly causing millions of human deaths.  As of March 2020 parts per million of CO2 in the atmosphere stand at 414.5 as all efforts to stabilize it or reverse it are frustrated and global warming continues steadily upward.[3] A disastrous consequence has been an epidemic of fires, especially in Australia, California, central Africa and Brazil, leading to less vegetation, less oxygen in the atmosphere, more warming, less rainfall and less vegetation –a vicious circle.

Indeed, something is wrong, basically wrong. Here I will illustrate what is basically wrong with an incident in the history of bees (or, more broadly, pollinators). Although important progress has been made in spite of  adverse dominant cultural and social structures, the bee story illustrates why survival requires avoiding now inevitable collisions between economics and physical reality.

The  bee story is about the deliberate introduction of a foreign bumblebee by the Chilean government collaborating with the private firm Xilema S.A. and the school of agriculture of the Catholic University of Valparaiso. Its name is  B. Terrestris, a species of bumblebee from Israel. It was introduced by setting hundreds of queens loose in the wild, beginning in 1997-98,  first at  Quillota and then at numerous locations. The purpose was to improve the pollination of crops.    It is clear that when the decision to import was made and the contracts were funded the criteria must have been economic, or mainly economic. This is clear because at that time virtually nothing was known about native species performing similar pollination services.  If how the indigenous peoples –many known as Mapuche ´people of the land´– related to pollinators counted as knowledge at all, it would have counted as anthropology, and almost certainly would have been disregarded.

Subsequent research has shown disastrous unintended consequences. I quote a detailed empirical study:  ‘Bombi. terrestris were deliberately introduced by the Chilean government despite the presence of native Bombus species, with terrestris spreading rapidly to occupy a vast area of southern South America. The arrival of B. terrestris appears to have led to the rapid local extinction of the native B. dahlbomii  (a similar native bumblebee HR)  at a speed only plausibly explained by pathogen spill over.(i.e. bee diseases carried by the invader and lethal to the native HR)   Although the parasite(s) responsible has yet to be ascertained with certainty, both A. bombi and C. bombi  (i.e. parasites  found in B. Terrestris to which B.Terrestris is more resistant than the now extinct Chilean and Argentine bumblebees who had no defences against it HR)   have been shown to be highly prevalent in the invasive species.’[i]4 .  This is just one example of the havoc wrought in southern Chile and Argentine Patagonia, which now appears to be spreading northward.[ii]5

A volunteer opportunity: The scientists who are accurately tracking the damage done by what many call the dominant paradigm and we prefer to call the historically constructed basic cultural structure are understaffed and underfunded.  As we speak there are teams of volunteer citizen-scientists helping professional scientists to gather data on the consequences and the consequences-of-the-consequences of short-sighted economically driven decisions in Chile, in Argentina and elsewhere.

A moral:   Think unbounded. How long will economics remain in one silo, while biology stands in a second silo and anthropology in a third silo? The frustrations of ecology are, as illustrated in the bee example, almost invariably linked with an economics that does not see itself as anthropologists see it, i.e. as one cultural structure often useful for provisioning (i.e. for meeting human needs) among countless cultural structures.

More examples, when nations do not sign global agreements to stop global warming, do not comply with them even if they do sign them, sometimes revoke them after signing them, and refuse even to discuss global agreements to reverse global warming, their pretext is invariably economic imperatives. Inside their mental world, growth is imperative, and growth is achieved by investments where the potential gain justifies the risk. In the case of B. Terrestris in Chile, the gains from larger crops and higher revenues presumably were expected to justify many times over spending the money the project would cost, even taking into account the risk that it might fail.

If it were true that complying with imperatives deduced from contemporary dominant economic rationality, were the only possible way to mobilize resources to meet human needs, then humanity would be doomed. It would follow that the reliable production of food and other necessities that make human life possible, over time would destroy the natural ecosystems that make the biosphere possible.

Fortunately, it is not true.  Unbounded organizing emphasizes a principle it did not invent:  for any given problem the number of possible solutions is limitless, unknown, and moveable by human creativity. If saving the spotted owl and its habitat would cost the jobs of a thousand coal miners, that is not the end of the story. The number of routes to happy economic security for the thousand coal miners is still limitless, unknown and moveable by human creativity. Marx expressed well the social status of so-called economic imperatives in his critique of Proudhon:  ´Economic categories are only the theoretical expressions, the abstractions of the social relations of production (we would add ´and circulation´ HR) …Thus these ideas, these categories are as little eternal as the relations they express.  They are historical and transitory products. ´[6]

Historical awareness does not make us extremists. Our proposal is to work together across sectors to solve humanity s unsolved problems, without unsolving humanity’s solved problems.

Hence the unbounded approach to making saving the biosphere possible is: (1) Keep on doing the good things we are doing now and do more of them, even though at crucial moments we collide with ´economic imperatives ‘and lose, (2) Transform cultural, and therefore social and economic, structures so that such collisions no longer happen.

[1] https://www.globalagriculture.org/report-topics/soil-fertility-and-erosion.html  (This is a portal opening to several sources that are periodically updated)

[3] This data comes from the site www.co2.earth.  It is continually updated.