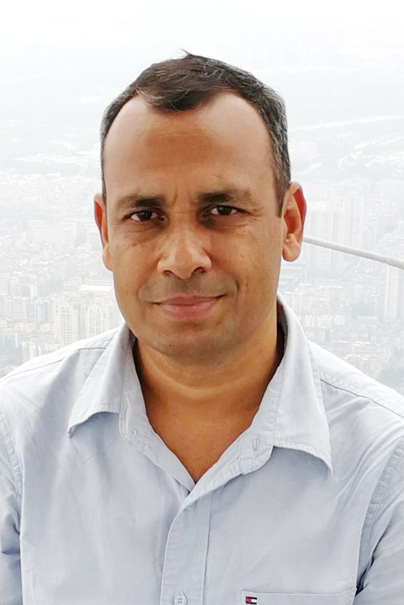 August 2020 will mark five years since hopes were raised by the Government of India (GoI) of a solution to the Naga insurgency. However, in spite of the periodic optimistic statements by authorities, a solution to the oldest insurgency of India is nowhere in sight. In the past months, schism between the parties in negotiation has widened considerably, casting a pall of gloom over the future of negotiations for peace. Bringing an end to the state of stalemate would require flexibility in the official approach and innovative methods of conflict resolution.

The ‘encounter’ in Longding

Acting on intelligence inputs, on 12 July, the Indian Army, Assam Rifles and Arunachal Pradesh police personnel carried out an operation in Longding district of Arunachal Pradesh and killed six cadres of the National Socialist Council of Nagaland-Isak-Muivah (NSCN-IM). The intelligence input indicated that these cadres were camping in the area ‘either to abduct an influential person or to carry out an ambush on the security force personnel’. Arms, ammunition and food material were recovered from the site of the encounter. The NSCN-IM reacted by stating that the Indian Army is trying to vent out its frustration after being humiliated by the Chinese PLA in the Galwan valley. It also said that the “goodwill spirit of ceasefire has been stamped to the ground (sic)”[1].

The encounter is part of a series of events that has taken place in Nagaland and the extended sphere of influence of the NSCN-IM in neighbouring states in recent months, as part of the official strategy to pressurize the outfit and also to target its financial resources. A number of cadres have been arrested, extortion modules have been busted, and weapons belonging to the outfit have been seized by the Assam Rifles personnel. On odd occasions, Myanmar military, acting in coordination with the Indian Amy, have driven the outfit’s cades out of their territory. A weapons manufacturing unit in Ukhrul (Manipur), supposedly belonging to the outfit, has been shut down. The governor of Nagaland has also issued a letter to the state chief minister expressing his dismay over the continued extortion drives by the Naga armed gangs. New Delhi hopes that a pressure tactic would force the NSCN-IM to restart the peace talks and give up its key demands for a separate flag and constitution. These demands, which are intrinsic to the NSCN-IM’s vision for a new Nagaland, clash fiercely with GoI’s own vision for an integrated India.

The new official strategy is, however, a thorough reversal of the GoI’s game plan unveiled in Nagaland in 2015. The strategy has changed in phases, each phase representing an ascending frustration of not being able to move forward with the peace process with the insurgents.

In the first phase, New Delhi signed a framework agreement with the NSCN-IM in August 2015 and for several months tried advertising it as a final agreement for peace. Hopes were raised that a ‘deal’ will finally bring peace to Nagaland. However, as serious negotiations started, the official negotiator came to realize that the outfit is no mood to surrender its core demands and hence, a swift conclusion to the conflict is difficult. To achieve this, a significant policy revision took place in the second phase. Series of attempts were made to split and weaken existing insurgent outfits. The government was largely successful in splitting the Khaplang faction (NSCN-K) in 2018 and partially weakening the NSCN-IM, which started losing cadres to other outfits. The net result of this strategy, however, was creation a number of new insurgent formations in the state. While some are pro-India and are willing to settle for a deal with New Delhi under the ambit of the Indian constitution, larger outfits, especially the NSCN-IM remained obdurate. Although for a while New Delhi toyed with the option of signing a final agreement with other insurgent outfits in Nagaland by leaving the NSCN-IM out, the futility of such a measure was obvious and the plan was abandoned.

It is at this juncture the third and ongoing phase was initiated. This roughly corresponded with the time when R N Ravi, the chief negotiator, then a deputy national security advisor, was moved to Kohima as the governor of Nagaland. Since then, from August 2019 to be precise, the government strategy has been directed at making the NSCN-IM fall in line and give up its key demands.

As per the government’s assessment, the NSCN-IM’s key strength is rooted in its acceptability among the common Nagas, which reflects in its sizeable cadre strength and its financial independence. In spite of not being in war with the Indian union in the last 23 years, vide the 1997 ceasefire agreement, the group reportedly maintains an army of over 7000 cadres. Bulk of them are based in Nagaland, while 300 to 400 mobile cadres are in adjoining states, which the group considers are its sphere of influence and also crucial for ‘tax collection’.

The highly efficient and wide ranging ‘collection of revenue’, which the Governor’s 16 June letter said, leads to ‘almost 200 percent cost escalation in transportation the moment a goods laden truck enters Nagaland’, targets almost all the business and government establishments in the state. The NSCN-IM reacted by terming such tax collection ‘legitimate’. Not surprisingly, the group, like all the other insurgent factions in the state, are financially self-sufficient and no longer dependent either on external assistance or trade in contraband for their existence. New Delhi’s actions in recent months have targeted these two sources of strength of the insurgents, principally that of the NSCN-IM.

The ‘condition of ripeness’[2], when warring parties consider fighting as unviable and hence, agree to negotiate, is generally construed as essential, albeit not sufficient, for success of peace processes. The Naga insurgency, however, does not fit into this model. While New Delhi can afford not to have a peace deal in the state for months and even years to come, decades of absence of formal war with the state has in fact accorded the NSCN-IM similar luxury. In short, neither party believes that they can be defeated in this protracted conflict and intractability of the conflict is not a hurting liability.

The outfit’s experience for the past two decades has been of successful survival, even while being pitted against the fleeting state measures to contain its military strength and financial self-sufficiency. There is a distinct possibility therefore, that it will survive even this phase, unless New Delhi is willing to risk rocking the peace boat by sustaining its pressure tactic.

That’s why return to jungle or resumption of fighting is not likely to be considered as an option by the outfit. Nor is the outfit inclined to try becoming an instrument of what the intelligence agencies believe to be China’s renewed policy of destabilizing the northeastern region by providing logistical assistance to the surviving insurgent groups. Following the Nagaland Governor’s highly publicized letter to the Chief Minister, the NSCN-IM reduced its tax rate from five to three percent, citing the Covid-19 pandemic, which till now has infected over 900 people (as on 15 July 2020) in the state. Back in 2017, the group had slashed its annual ‘tax’ collection for employees of the state government from 24 to 12 percent. Such minor adjustments marginally affect its net revenue collection no doubt, but add to its acceptability and ultimately, to conflict intractability.

The way New Delhi deals with this strategy of the NSCN-IM holds key to the future of peace in Nagaland. A convenient way would be to apply a derivative of the ‘Kashmir model’ in Nagaland, i.e. to initiate far-reaching strict punitive measures against the insurgents and their support base. However, remote Nagaland isn’t Kashmir. Unlike Kashmir, where there is absolutely no desire among the local militants to ‘settle the issue’ with New Delhi, in Nagaland a solution broadly under the Indian constitution is desired by almost all sections of the society, which includes the insurgents. This state of affairs has been achieved through decades of hard work and sacrifices by both parties. Reversing these achievements, made thus far, isn’t in the best interests of the nation. Hence, the state needs innovative approach of conflict resolution. A durable solution to the long-standing conflict will require magnanimity and flexibility from New Delhi. It will require statesmanship and vision from the top political bosses to fulfil the aspirations of the Nagas which have kept the fire of insurgency burning for over seven decades.