Arvind Gupta is the Director of Vivekananda International Foundation (VIF), a Delhi-based independent, non-partisan think tank focusing on research on foreign policy, defence and security-related issues from the Indian perspective. During 2014–2017, he was the Deputy National Security Advisor and Secretary, National Security Council Secretariat in the Government of India. He was associated with the National Security Council Secretariat as Joint Secretary from 1999 to 2007.  During 2012–2014, he was Director General of the Institute for Defence Studies and Analyses (IDSA), an autonomous institute set up by the Indian Ministry of Defence. 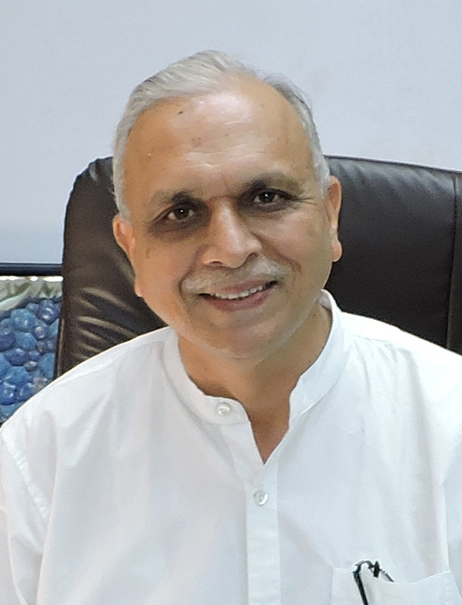 Covid 19 has caused massive disruptions in political, economic and social systems the like of which the world has not seen in living memory. Over 15 million people have been infected by the virus and over half a million have died. Most economies in the world are in a recession. A countless number of jobs have been lost. Tourism, civil aviation, education, sports, entertainment, manufacturing et cetera have mostly shut down or are working at reduced capacity. Global supply chains which fuelled globalisation have been severely disrupted.  Covid 19 will deepen the fault lines of the old world order and hastened the birth of a new one.

The strategic rivalry between China and the US is the defining feature of the current geopolitics. A new Cold War is in the offing, multilateralism the hallmark of the international liberal order, has come under stress.  The withdrawal of the US from the World Health Organisation is a worrying symptom of the ill health of multilateralism.

The US hegemony, which underpinned the liberal international order, is under challenge. From 1989 onwards, when the Cold War ended and until the global financial crisis of 2008, the United States was unchallenged. After the 9/11 terrorist attacks, the United States got embroiled in expensive wars in Afghanistan and Iraq. This considerably weakened its capabilities. The global financial crisis marked the rise of China which, in the last four decades, has emerged as the second most important country in the world economically militarily and technologically.

The new generation of Chinese leaders represented by Xi has chosen to assert China’s power and challenge the US hegemony.  China has ignored the international rules and norms of behaviour and instead unilaterally captured most of the islands in the South China Sea and established their sovereignty over them. Their territorial disputes with Japan, India and Bhutan have been sharpened. China has sought to change the status quo on the Sino-Indian border by the use of force.

India has to adjust to the changing global balance of power. Therein lie its challenges and opportunities. It needs to navigate the political, economic, social and security turbulence in the world carefully. It needs to build its capacities to deal with an uncertain world and carve out a space for itself.

To achieve this vision, India will need to do several things on the foreign and national security front. First, it needs to ensure that it is adequately secured against complex security threats it faces. China-Pakistan nexus is one. Terrorism is another. China’s growing imprint in the Indian Ocean and India’s neighbourhood has many security dimensions. It needs strong armed forces. Second, it needs to have a strong economy and inclusive economic growth. Third, it needs to engage with the world more deeply without compromising its national interests.

Prime Minister Modi has often talked about turning the crisis into opportunity. He has given a call for building an Atmanirbhar Bharat or a self-reliant India, based on India’s innate strengths without giving up global engagements. Foreign policy will play a major role in realising self-reliance in a turbulent world. India’s heritage and cultural strengths can be harnessed for building new India.

Divided into two sections, part A of the book looks at the intellectual underpinnings of India’s foreign policy while part B looks at India’s various relationships.

Emphasising the need to integrate non-traditional security issues in India’s security policy, Dr Uttam Sinha dwells upon the importance of economic, environmental and health security in the overall security mix of the country. Dr Prasenjit Basu points out that colonisation reduced India’s influence in the world and that to regain its voice in global affairs India must build a strong, vibrant economy.

Dr Ashok Behuria tells us how domestic factors impact India’s neighbourhood policy. India’s Neighbourhood First policy is correct but there are many shortcomings.  Analysing the role of intelligence in defending India against myriads of threats like terrorism, the former RAW chief Vikram Sood says that the intelligence agencies need new skills, new technologies and more human resources. The world of intelligence is changing as threats morph and multiply.

In part B, the contributors analyse India’s important bilateral relationships. Examining the realities of international power politics, Ambassador Rajiv Sikri says that it is premature for India to think of itself as a “leading power” as there are many internal and external constraints which inhibit its rise to great power status. Ambassador Satish Chandra maintains that for better-informed neighbourhood policy, we need to vastly improve our understanding of the neighbouring countries. Ambassador Arun Singh, based on his familiarity with the US where he served as India’s envoy, suggests that India should seek a comprehensive approach to its ties with the US taking into account the costs and benefits. Analysing the recent emergence of India-Japan comprehensive partnership, India’s former envoy to Japan,  Ambassador Deepa Wadhwa says that the relationship cannot be taken for granted and must be invested in. 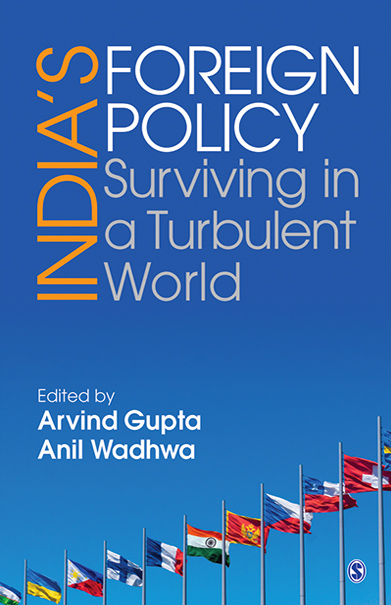 China has emerged as the most serious and challenge to the well being of India. Professor Sujit Dutta examines the complexity of Sino -Indian relations. The importance of Russia for India cannot be overstated. Ambassador Ajai Malhotra, India’s former envoy to Moscow, warns against the neglect of Moscow in foreign policy and feels that India’s relations with Russia and with the US need not be a zero-sum game.

Ambassador D P Srivastava emphasises the importance of Central Asia for India and stresses upon the need for establishing connectivity with the region which is increasingly coming under the influence of China. Ambassador Talmiz Ahmad examines the security dynamic in the Gulf region and sees a role for India in regional security in conjunction with China and Russia. Ambassador Anil Wadhwa, a former secretary in the Ministry of External Affairs, analyses India’s Act East Policy and emphasises the need for deeper engagement with the ASEAN countries. Professor Gulshan Sachdeva argues for a renewed focus on Indo EU relations based on convergences in climate change and technology, trade and investment.

In a short review, it is not possible to capture the myriad nuances of each of the thoughtful essays in the book. The key message of the book is that foreign policy needs to be energised to achieve the goals of aspirational India. The book has suggestions for a fresh Indian narrative, a new vision for foreign policy and several suggestions on strategy. Written by experienced diplomats and experts, there is enough food for thought in the book for students of India’s foreign policy as well as for policymakers. India will not only survive but also flourish in a turbulent world provided it builds its inherent strengths.