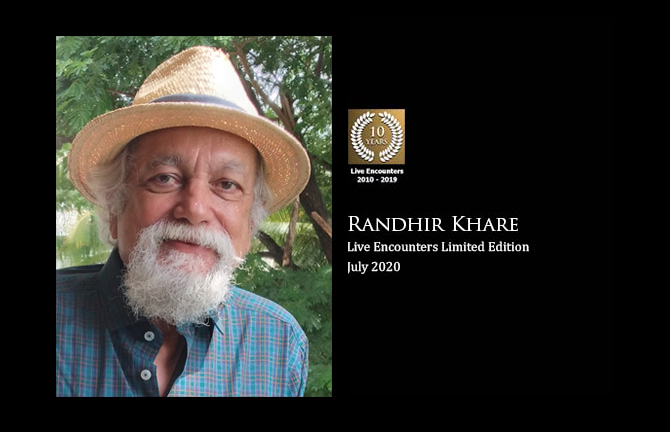 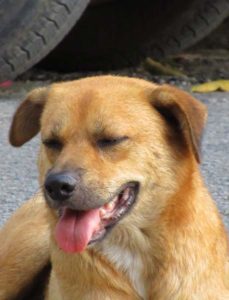 It is the height of pandemic fear with all human life on hold and the world around my home silent as a battlefield where there are no victors, just the dead. Walking down along the avenue of trees that leads away from my home towards the bustling sprawling diseased ancient city of Pune, I feel as if the world of humans is no more and I am the only survivor, left behind after a holocaust.

Around me, the rest of life continues – birds, insects, reptiles and feral mammals are everywhere, rummaging in empty dustbins, scavenging in desolate gardens, following garbage trails left by disposal trucks. The air is light with the music of nature. I am experiencing the beauty of hell in all its joyful glory.

A young man appears ahead of me, waving a large bag of biscuits. “Hey, come come,” he yells, “come and get your breakfast. Daddy has brought you nice nice bikkies. Come come. Daddy’s here.” He slows down and stands stock still, looking around him. “ The bloody dogs have vanished, vamoosed, gone away. Hey, where are you?”

“Maybe if you leave your offerings in little piles just outside the bushes, they’ll come out and get their breakfast when they choose to,” I say and immediately regret having interrupted the man while he is on his crusade against canine hunger.

He spins around and narrows his eyes. “Speaking to me?”

“Yes man, speaking to you.”

“Thanks but no thanks for your suggestion. I KNOW how to deal with this lot. They are just dogs. And dogs have to be treated like dogs. Hey you !!!?!** Come and get your bikkies from Daddy. Come on you little four legged monsters. I am not going to wait here all morning.”

“I could help if you wish,” I suggest.

“Mind your own business,” he snaps. “These are my biscuits and I will give them to whom I wish, in whatever manner I wish. You go and buy your biscuits and feed them your way.” Then he starts waving the bag and shouting, “come on, come on, or the next time I won’t offer you any.” But there is no response, just the birds in the trees and two mongoose fighting over a plastic bag with scraps of leftover food in it and two goats trying to graze on an artificial lawn outside a newly opened garment store with shutters down.”

“Ok, sorry for disturbing you.”

“You are NOT disturbing me, you are irritating me.”

Suddenly he starts fishing out biscuits from the bag and throwing them in all directions. He is obviously fed up and now ready to dispose of his burden but there seem to be no takers. There are biscuits everywhere, in the air, in the bushes, on other people’s gardens, on the road ahead of him and on the road behind him. In his frustration he even throws a couple of biscuits in my direction (to be honest, he throws them AT me).

Then he takes a different pitch. “Ok guys, you think I am poisoning you like the way they poisoned those pariahs and threw them in that garbage bin on Lane 5 the other day? See, I’ll show you, they aren’t poisoned.” He sits down on the side of the empty road and starts eating biscuits.

While he is busy eating biscuits and yelling at them, dogs of all generations and states of disrepair sneak out, snatch a few biscuits and vanish. He hasn’t noticed them, nor has he noticed a half dead puppy stagger out from behind him, quietly help himself to a few biscuits from the open bag lying beside him and disappear into the shrubbery. Others follow. All the while, the fellow keeps eating biscuits and babbling curses at the dogs, still oblivious of what has been happening around him.

Then he stops mid-sentence. “Hey, what’s going on? I could swear there were more biscuits in this bag. I mean, its crazy. First the bloody dogs won’t eat what I am offering them and THEN the biscuits are disappearing by themselves.”

He turns to me. “What happened to these biscuits? And the ones I threw near those bushes? Where are they?”

The fellow dumps the bag in the middle of the road and stands guard beside it. “You can’t just take these biscuits, I have to give them to you.”

It is becoming surreal. A play in the best tradition of the Absurd is unfolding in front of me.

As soon as he turns his back on the open bag, the hungry dogs come out, snapping and snarling. The pack reaches the bag and tears it apart. He tries to run but trips and falls instead. Terrified, he cringes and starts to whimper.

I leave him, without any remorse, and walk on.

All life is now showing its true colours.

“Turning and turning in the widening gyre
The falcon cannot hear the falconer;
Things fall apart; the centre cannot hold;
Mere anarchy is loosed upon the world,
The blood-dimmed tide is loosed, and everywhere
The ceremony of innocence is drowned;”


The pandemic has smashed the glass bubble that each of us has existed in, seemingly safe and secure, each within our own cocoon, each within our own dream, each exploiting those who are under the pile that we are perched on. Now suddenly, our bubbles are gone and we are exposed to life as it really is and always has been. And like the young man and his bag of biscuits, we are alone, outnumbered, confused, afraid. 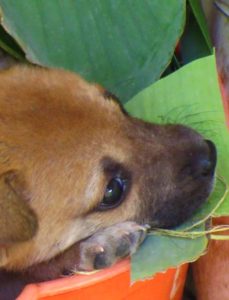 After leaving the young man behind I walk to the veterinary clinic of my friend Dr Milind Mhatre who has promised to keep a bag of dried food for Tara, my dog. I have to remind myself that I am in Pandemic War Zone. When I get to his clinic, I find myself at the end of what seems like a ration queue. Wars do that to people, puts them in queues. If not queues to stay alive then queues to get oneself killed. I have been in War Zones before. War with China, war with Pakistan, war to liberate East Bengal and help it become Bangladesh, war against terrorism in Punjab, war against racism, casteism, classism, war against…the list is long and of course not all of them had an attending ration queue.

Dr. Milind Mhatre is in top form because I am nearly ahead of the queue.

Nevertheless, the wait is endless.

In that endlessness, I become more aware of the two legged and four legged creatures around me. The guy standing next to me is none other than the man who sits beside a small shrine nearby and waits for alms. He holds a small bundle in his arms. There is life inside that bundle and it is shivering silently.

Dark glowing eyes stare out of the face of a shrivelled dog from between the dirty folds of cloth.

“Yes,” he replies. “Mine. All the dogs on this road are mine. My friends. We live together. Care for each other. She’s been ill, shivers a lot. So I brought her here.”

I instinctively take out my wallet to give him money towards her treatment. He refuses. “Oh no, no. I have an account with Milind doctor.”

I turn and look at the animal, our eyes meet and something strange happens. Those eyes, I have seen them before.

I go back in time, to the War of Liberation in Bangladesh when I was a young volunteer on the India-Bangladesh border, helping relief services. My role was to assist in the record keeping of refugees crossing the border. One of the many hundreds that I had the occasion to encounter was a woman with a bundle in her arms. It was smelling of death but she wouldn’t let go of it. “This is my only child, I will take him with me into a new life in your country.” We looked at each other, sharing the pain and loss….I will never forget the look in her eyes.

Years later, I saw the same eyes that stared hopelessly at me from an old man who held the body of his dead granddaughter in his arms in terrorist torn rural Punjab. “She was a child,” he said “she never harmed anyone. Why did they kill her? Why?”

The same eyes also stared back at me, from the anti Sikh riots in New Delhi, from the survivors of the Bhopal gas tragedy….Everywhere the same eyes…

I thank the man and he looks at me surprised. 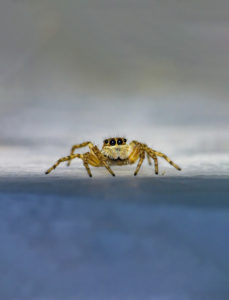 All life matters, whether we like to believe that or not. Even the tiny spider walking gingerly across the keyboard of my laptop as I write this…that spider also matters.

In the words of H.H.The Dalai Lama, “As you breathe in, cherish yourself. As you breathe out, cherish all Beings.”
I am struggling to do that but I still have a long way to go.