Dr. Namrata Goswami is an author, strategic analyst and consultant on counter-insurgency, counter-terrorism, alternate futures, and great power politics.  After earning her Ph.D. in international relations, she served for nearly a decade at India’s Ministry of Defense (MOD) sponsored think tank, the Institute for Defence Studies and Analyses (IDSA), New Delhi, working on ethnic conflicts in India’s Northeast and China-India border conflict.  She is the author of three books, “India’s National Security and Counter-Insurgency”, “Asia 2030” and “Asia 2030 The Unfolding Future.”  Her research and expertise generated opportunities for collaborations abroad, and she accepted visiting fellowships at the Peace Research Institute, Oslo, Norway; the La Trobe University, Melbourne, Australia; and the University of Heidelberg, Germany.  In 2012, she was selected to serve as a Jennings-Randolph Senior Fellow at the United States Institute of Peace (USIP), Washington D.C. where she studied India-China border issues, and was awarded a Fulbright-Nehru Senior Fellowship that same year. Shortly after establishing her own strategy and policy consultancy, she won the prestigious MINERVA grant awarded by the Office of the U.S. Secretary of Defense (OSD) to study great power competition in the grey zone of outer space.  She was also awarded a contract with Joint Special Operations University (JSOU), to work on a project on “ISIS in South and Southeast Asia”. With expertise in international relations, ethnic conflicts, counter insurgency, wargaming, scenario building, and conflict resolution, she has been asked to consult for audiences as diverse as Wikistrat, USPACOM, USSOCOM, the Indian Military and the Indian Government, academia and policy think tanks. She was the first representative from South Asia chosen to participate in the George C. Marshall European Center for Security Studies NATO Partnership for Peace Consortium (PfPC) ‘Emerging Security Challenges Working Group.’  She also received the Executive Leadership Certificate sponsored by the Harvard Kennedy School of Government, National Defense University (NDU), and the Asia Pacific Center for Security Studies (APCSS). Currently, she is working on a book project on the topic of ‘Great Power Ambitions in Outer Space” to be published by Lexington Press, an imprint of Rowman and Littlefield. 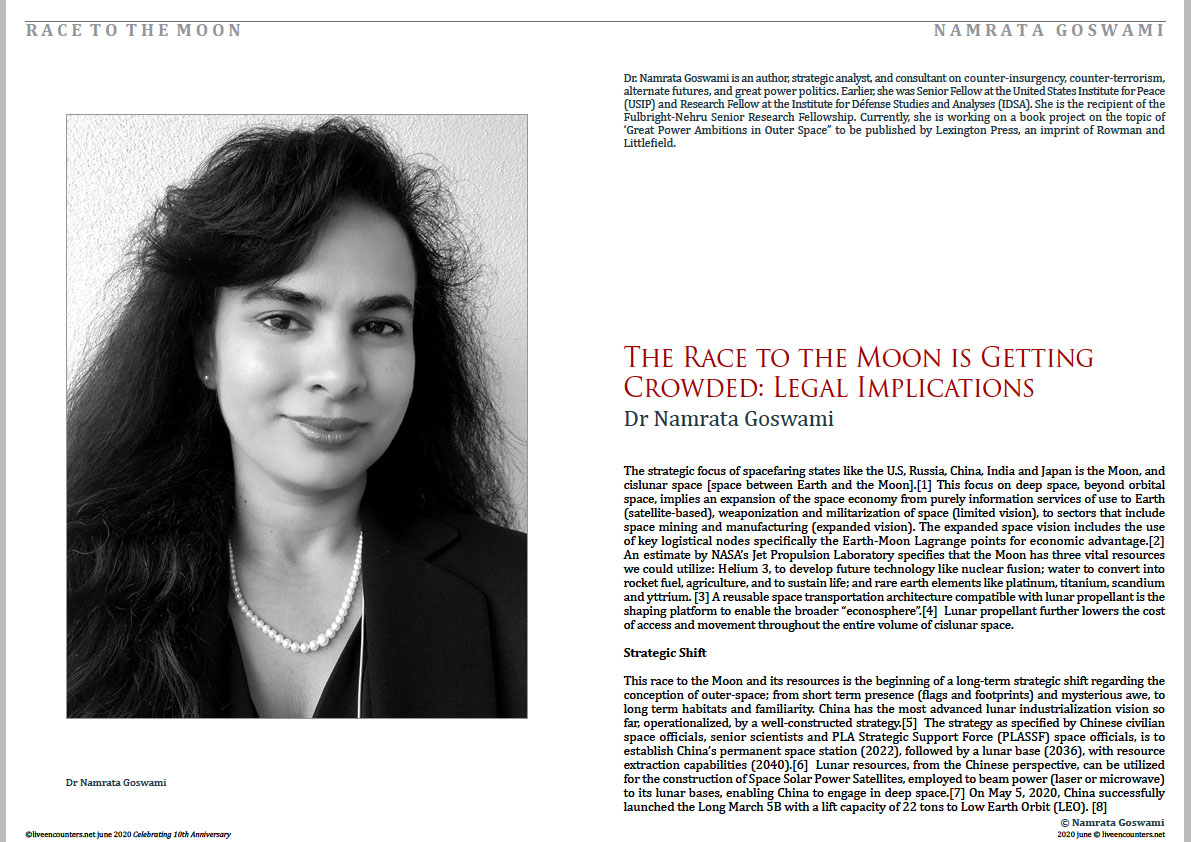 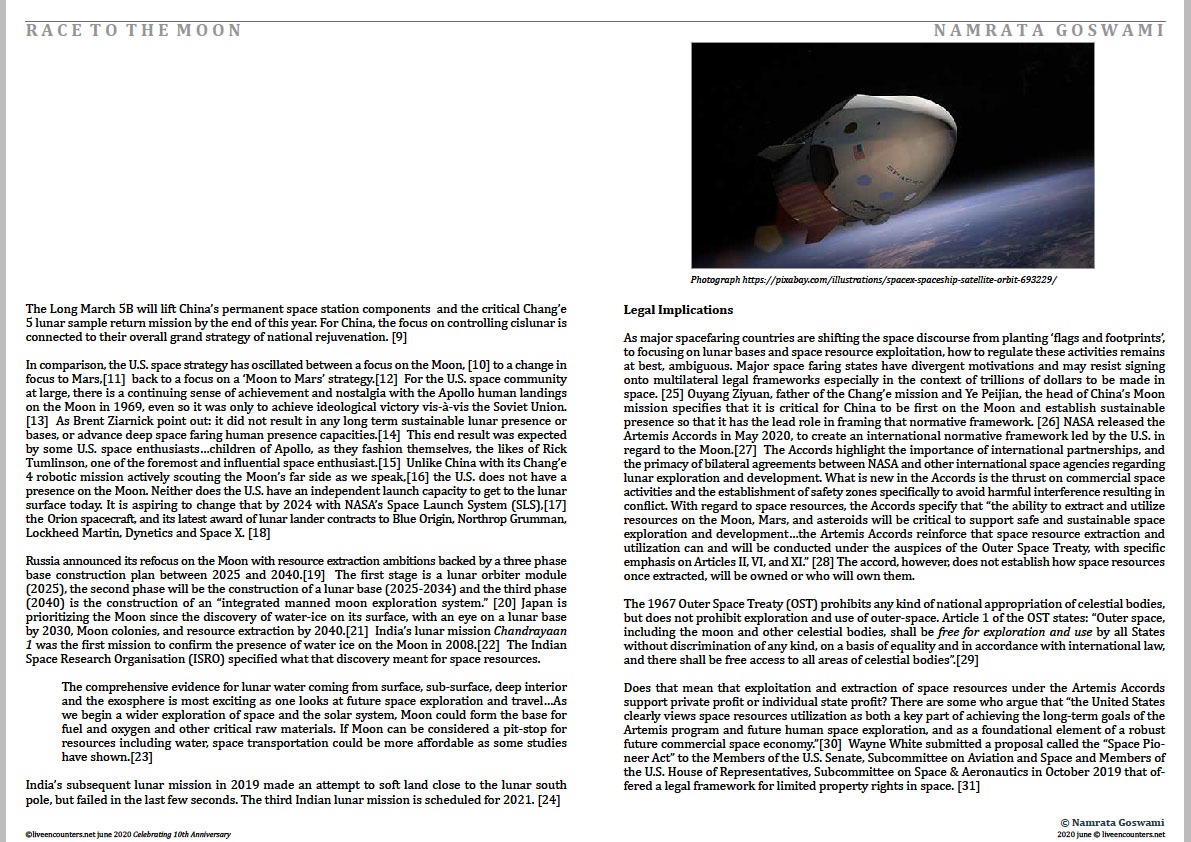 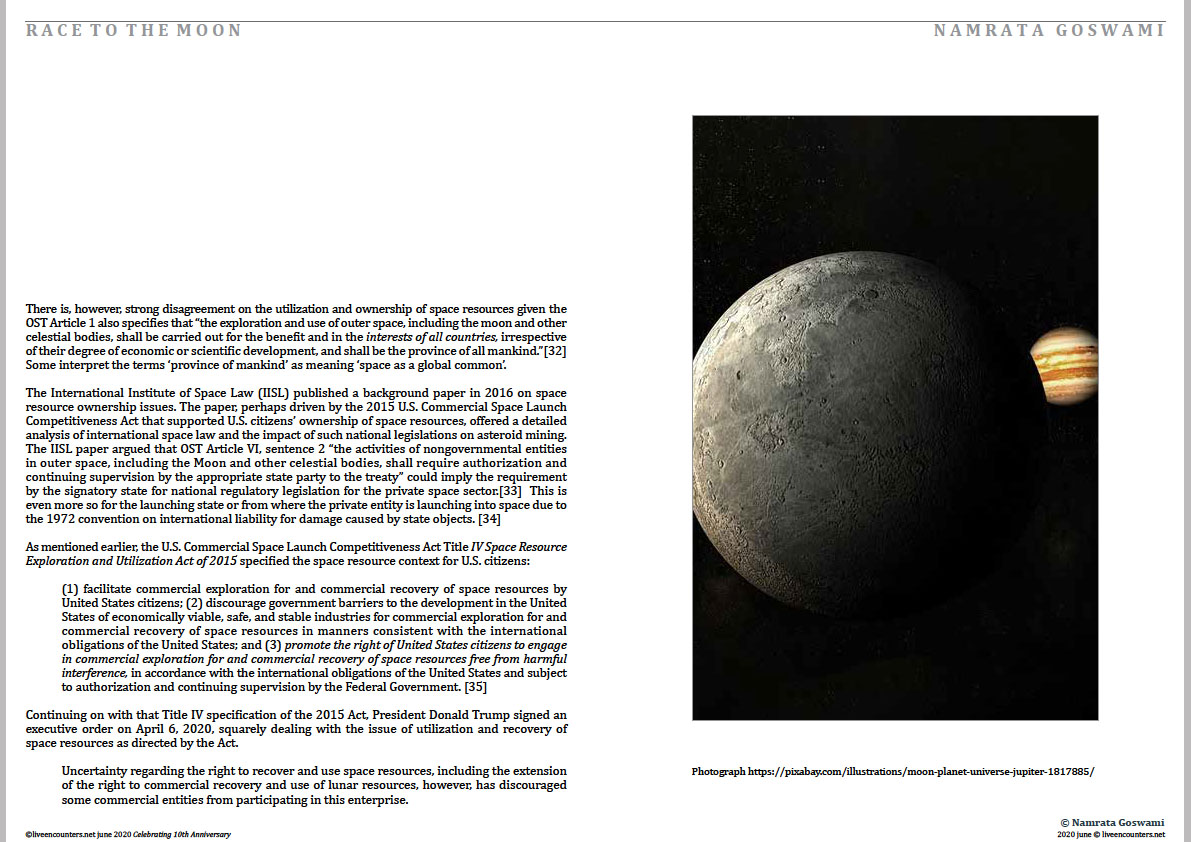 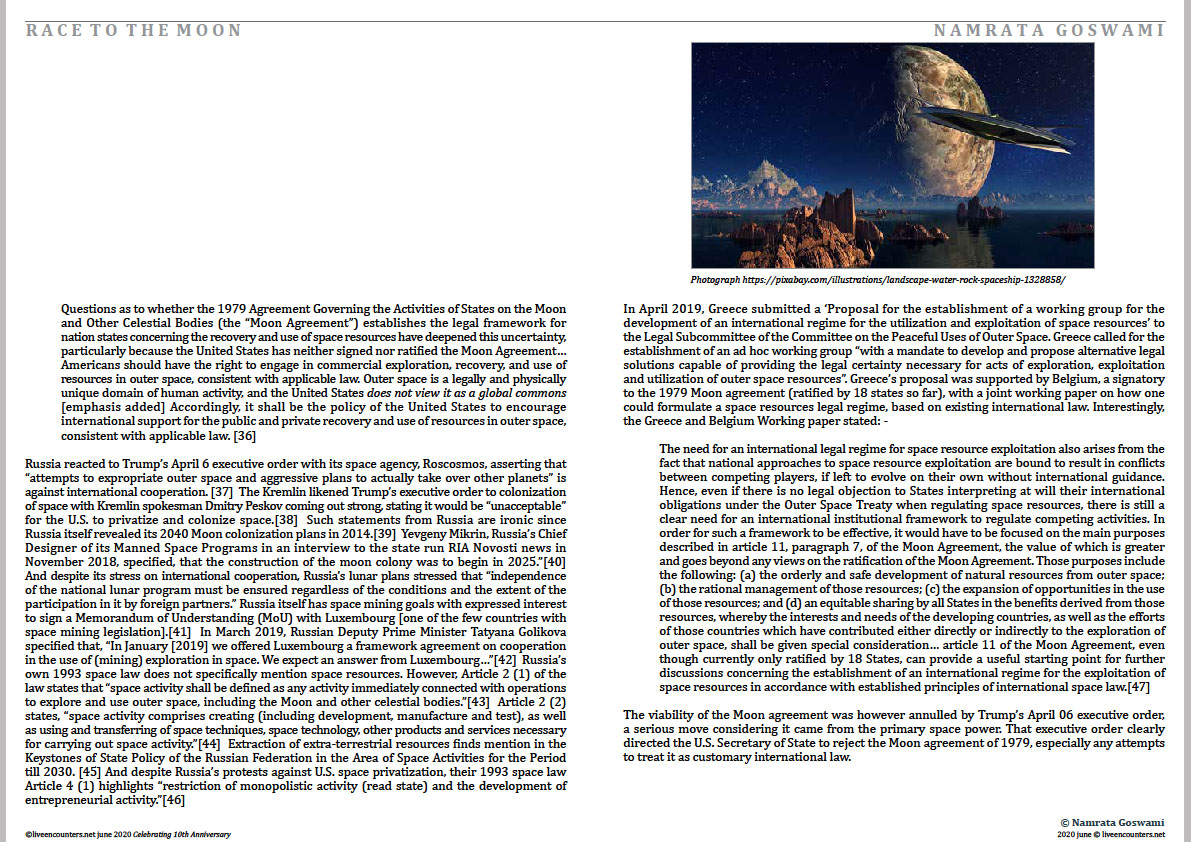 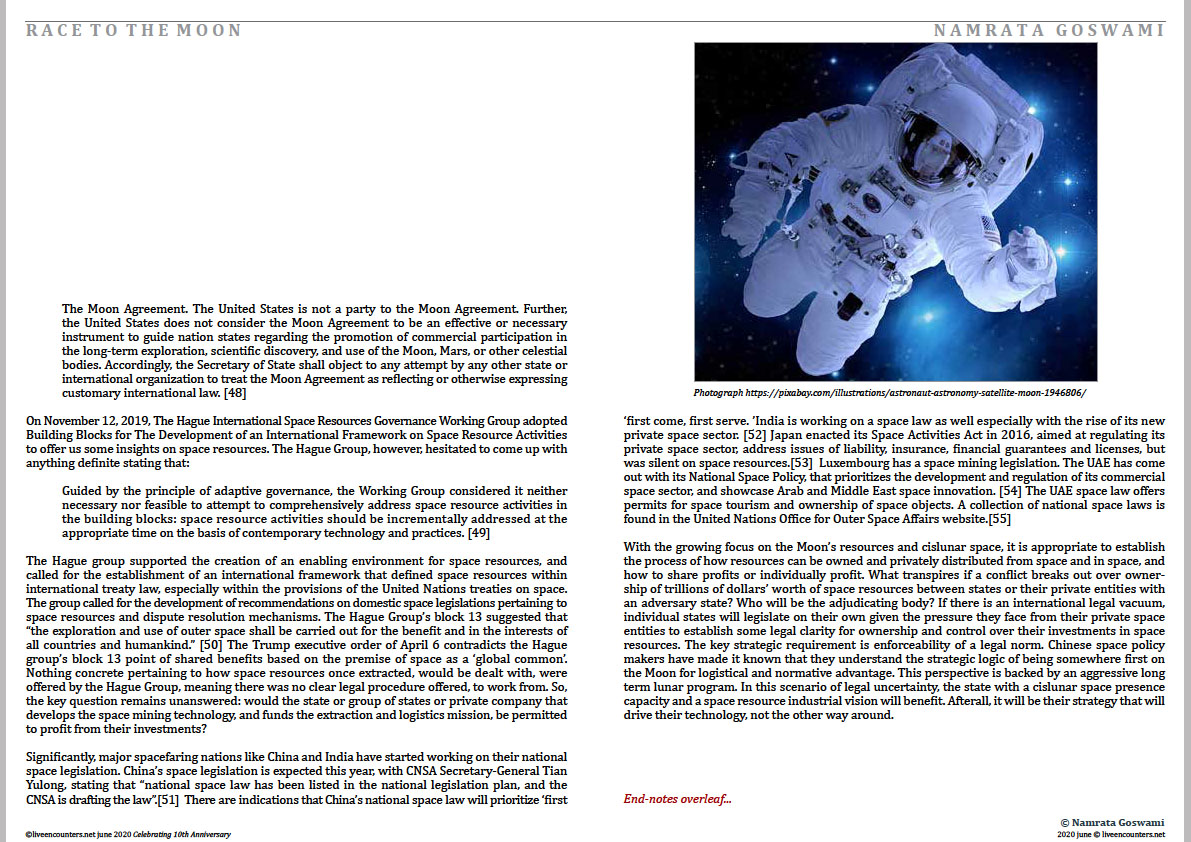 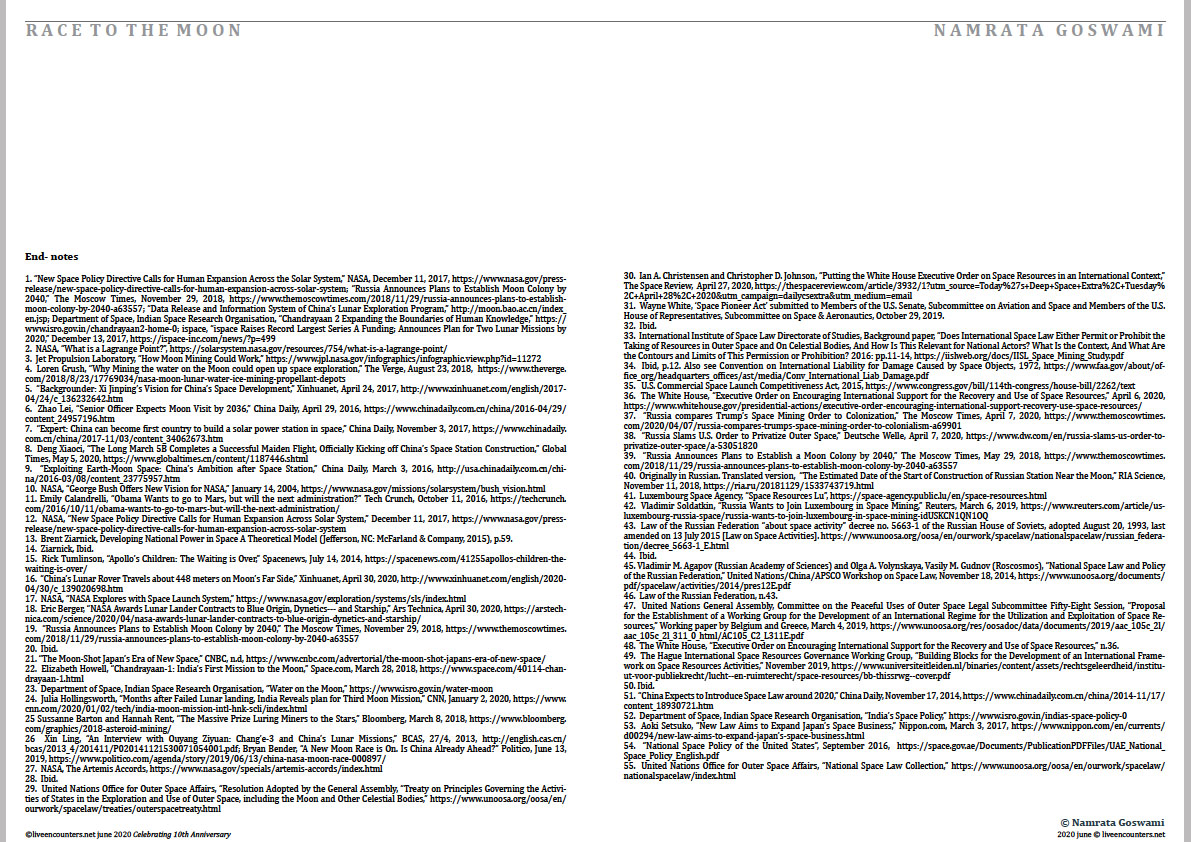