Before the Cloud – Mark Ulyseas

Mark Ulyseas has served time in advertising as copywriter and creative director selling people things they didn’t need, a ghost writer for some years, columnist of a newspaper, a freelance journalist and photographer. In 2009 he created Live Encounters Magazine, in Bali, Indonesia. It is a not for profit (adfree) free online magazine featuring leading academics, writers, poets, activists of all hues etc. from around the world. March 2016 saw the launch of its sister publication Live Encounters Poetry, which was relaunched as Live Encounters Poetry & Writing in March 2017.  In February 2019 the third publication was launched, LE Children Poetry & Writing (now renamed Live Encounters Young Poets & Writers). He has edited, designed and produced all of Live Encounters’ 183 publications till date (May 2020). Mark’s philosophy is that knowledge must be free and shared freely to empower all towards enlightenment. He is the author of three books: RAINY – My friend & Philosopher, Seductive Avatars of Maya – Anthology of Dystopian Lives and In Gethsemane: Transcripts of a Journey.  www.amazon.com/markulyseas 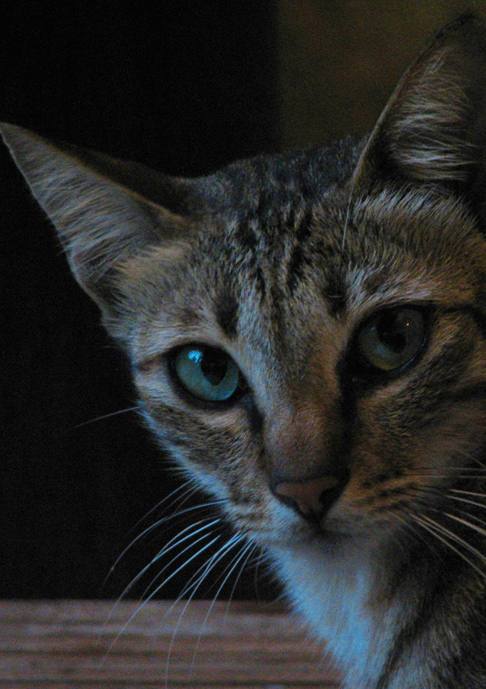 I grew up in a city which was then the cultural capital of India… when the Vietnam War was in its death throes… when daily life mingled with school, Puchkas [01], and 45s (vinyl) of Get off My Cloud, Ballad of the Purple Inn [2], The Young Ones and Riders on the Storm. The mix was like Jhal Muri [03]. It was a time – When teenage pregnancies was not a big deal (no one had abortions, they just had children) – When Sundays was for serving mass, reading the gospels and then strolling over to the local Gurdwara for a free meal at the Langar [04]. It was a time when I learned that the terms Hindu and Hinduism were geographical terms…that in truth it was Sanatana Dharma, a perennial philosophy of living, which grew through the eons like a banyan tree, its roots permeating everything it touched… the country being transformed into this tree of life. Perhaps this is why the country embraced all those fleeing religious persecution. We never saw India as a country but a civilisation and accepted that we were living in the era of Kalyug, end of days, and comforted by the thought that it would last thousands of years.

It was at this time that we created our own world with our own rules of engagement. Like me, there were many who were adrift in the cultural soup whose recipe was constantly being changed by the self-appointed gendarmes of society. We were attempting to break out of stifling conventionalism and an insidious form of capitalism disguised as socialism, and other isms. Politics was for the puerile. For us it was a time of discarding our own Indianness.  We were sandwiched between bell bottoms and dhotis, chillums and Charminar ciggies. We never understood why India, a civilisation, needed a flag and national anthem. The Jesuits worked hard to channel our unbridled energy towards higher learning. To craft our minds into lean mean learning machines. With some they succeeded.

And when the Indo-Pak war [05] came to our border we retreated into a world of self-indulgence of reading, theatre and cycling to far flung villages just for the heck of it. We didn’t want to be dragged either into the growing refugee crisis or the bloodiness of the Naxal uprising, of taking sides with the State or Charu Mazumdar [06]. It was a pointless exercise. The war came and went and so did the Naxal uprising, which was brutally crushed by the State. Communism was not acceptable but Nehruvian faux socialism [07] was. Another ruler had taken over the country and it was called the House of Nehru. Indians had swapped a foreign occupier with an indigenously produced one. Perhaps it was in our psyche to be ruled, to be led like a bovine with a rope tied through its nose. Nehruvian faux socialism gave rise to a new caste of Indians who existed on the spoils of corruption fuelled by sycophancy. We called them pagol kukur (mad dogs)…they were like jackals hanging around a pride of lions feeding on a kill.

Our group looked like a Benetton advertisement – all colours and sizes. Many among us were refugees – Indians who were refugees in their own country, while others were from Iran, China, East Bengal, Tibet, and Armenia, with Baghdadi Jews and the odd German who had been embraced by India. The one common sutra was India.  It was our home where we felt an unparalleled freedom of body and soul.

School and college were stages of self-induced enlightenment. The Elizabethan poets jostled with Kerouac, Wilde and Tagore. It was a heady brew of knowledge that seduced us into a reverie of Being. We were never part of the with it crowd, which resembled clones. We had cocooned ourselves in the gossamer world of great minds and downright enchanting decadence of Being.

Come festivals and it was time to savour the delights of homemade cooking with Old Monk rum and Blue Riband gin. There was never a problem with what was being served: pork, beef, mutton, chicken or Machher Jhol [08]. On Bakri id, for those among us who were grass-eaters, vegetarian food was cooked separately but served along with non-vegetables (meats).

There was a joke we shared to the effect that – God gave us Faith but we made a religion out of it.  Festivals like Durga Puja or Christmas were eagerly awaited for it was a time of endless music, dance and traditional delicacies that were always offered at most homes, homes that welcomed all. No one owned a religion or held exclusive copyright. Faith, like food, was shared, generously. There appeared to be an underlying agreement that we were one…one tribe called humanity. Perhaps the spirit of Sanatana Dharma possessed us all.

Books, working in the trenches and sharing what little we had was our world.

And as time flowed on some of us died young, mowed down by a society rushing to catch up with the rest of the world. Others got married and took on the mantle of nurturing new souls, while many more were swallowed up by a burgeoning India spiralling into another dimension.

Today the Victoria Memorial [09] stands like a vestal virgin waiting for the day of reckoning. The new wave of humanity has all but swept away the rustic-like manner of Being. Now it’s about symbols, status and religious, that have become the mantra of a generation that follows the sacred cow of consumerism and proliferates at a frightening pace in the ether on one cloud. Reality is the number of likes one can get for an inane FB post and not a cup of chai (tea) that is shared with a friend.

Our world is not lost.  It lies nestled in the cracks and crevices of a fragmented society, waiting to sprout when another tribe like ours is born, to carry the baton and begin the relay again.

We revel in a time of our own making – good, bad and surreal. We haven’t forgotten where we come from…from One Universal Thought.

Not too long ago I revisited some old haunts. Perhaps the feeling I came away with can best be described in the words of Indian Nobel Laureate, Rabindranath Tagore [10]

“Patriotism cannot be our final spiritual shelter; my refuge is humanity. I will not buy glass for the price of diamonds, and I will never allow patriotism to triumph over humanity as long as I live.”