A Better World is Still Possible: Longing and Belonging in an Age of Transition
by David Morgan

David Morgan is an editor and writer based in London and Manchester. He is involved mostly in historical research and has edited a number of books for the Socialist History Society: such as ‘1917: The Russian Revolution, Reactions and Impact’ and ‘The Labour Party in Historical Perspective’ to which he contributed essays on Freud and Leonard Woolf respectively. He is currently finishing a book that will reappraise the ideas of John Ruskin.

David also writes on political issues, especially the Kurds in Turkey. He is a long-standing member of the Peace in Kurdistan campaign for which in 2019 he co-edited a book, Peace Poems for Ocalan, with Estella Schmid.  David also writes poetry. 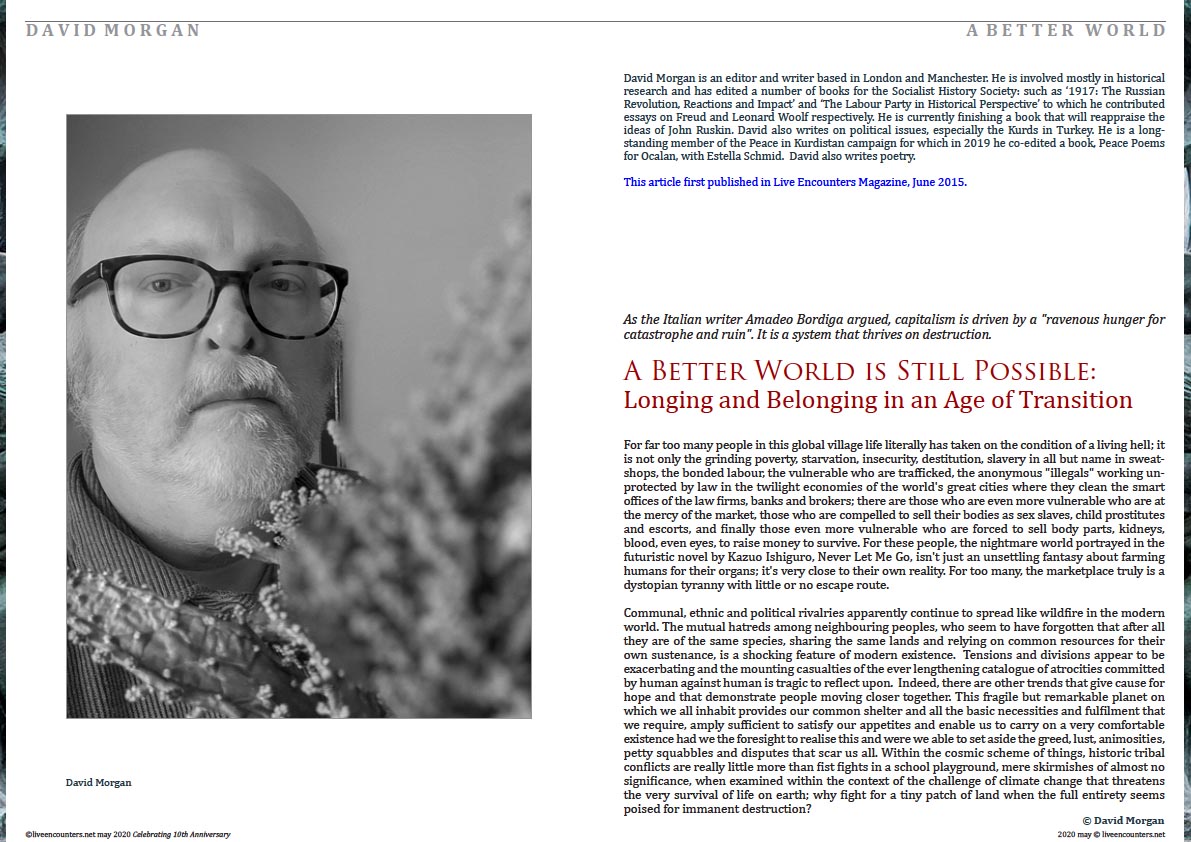 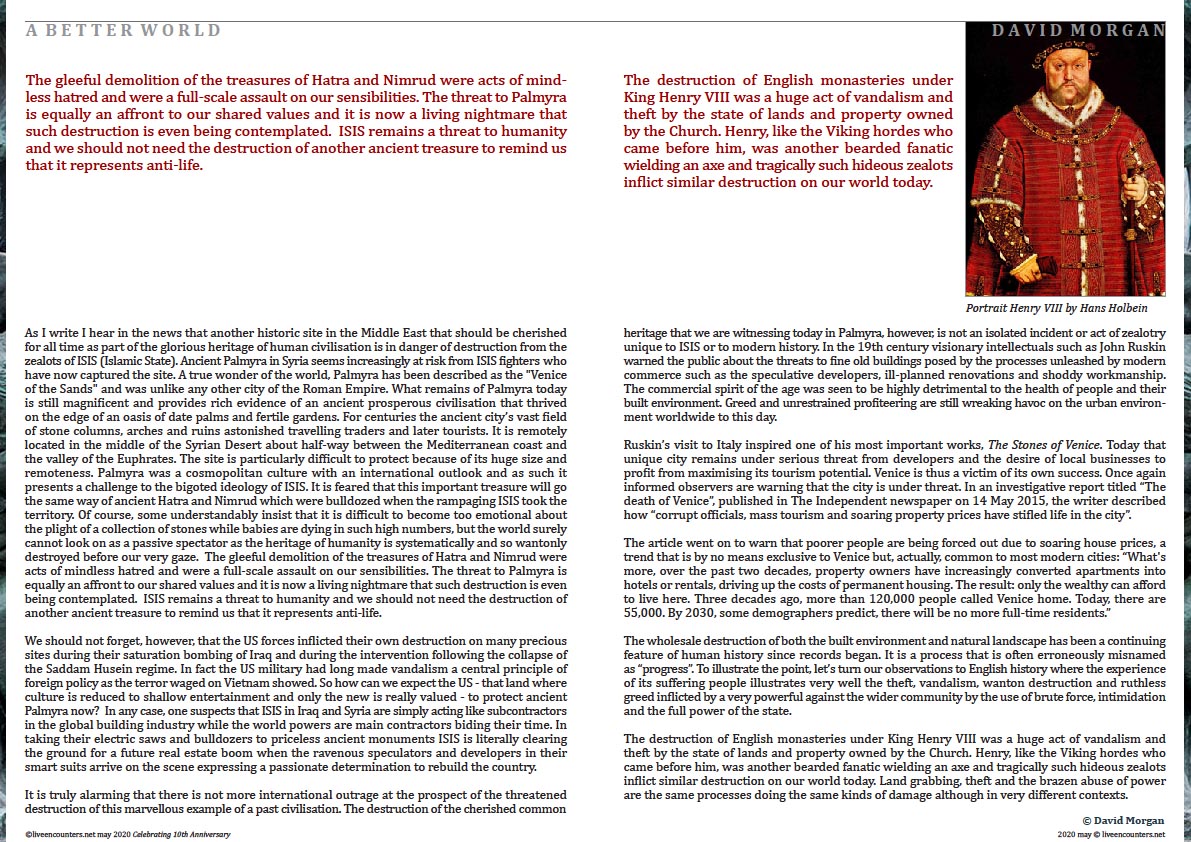 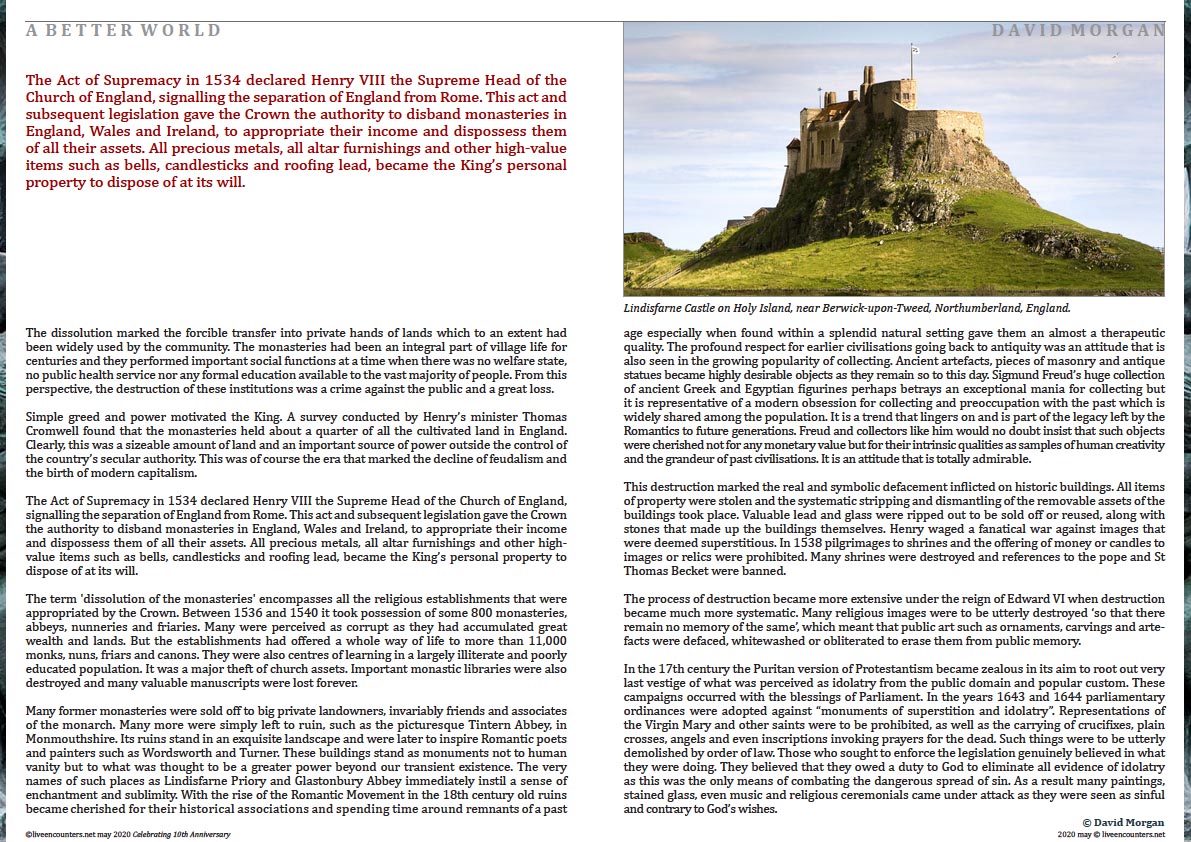 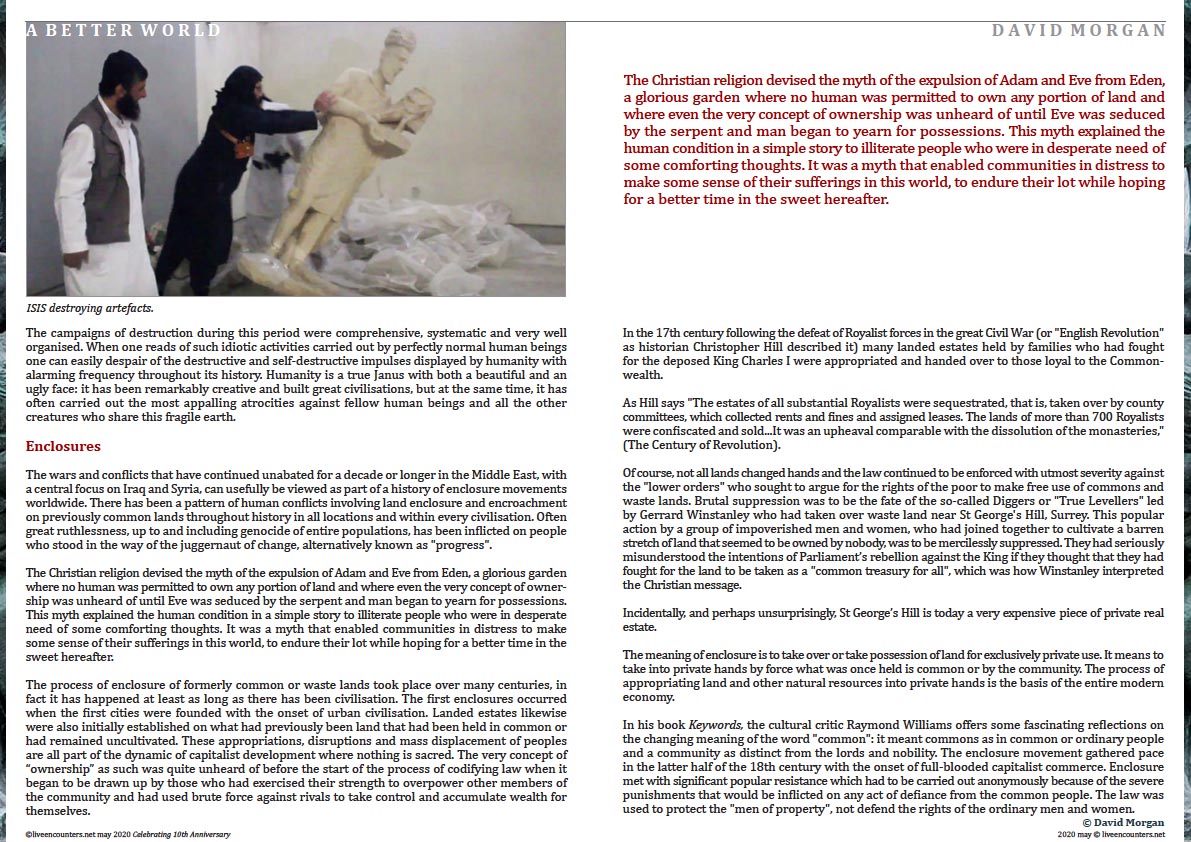 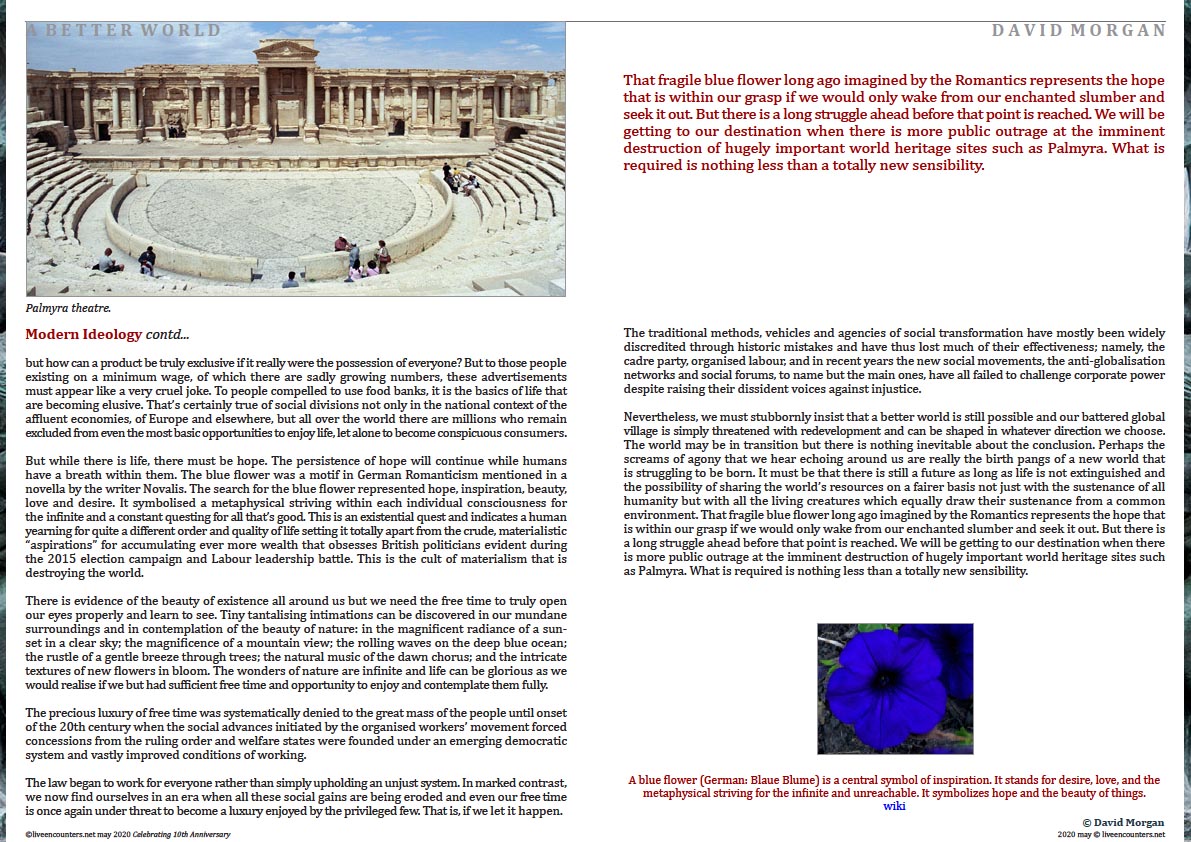