Mark Ulyseas has served time in advertising as copywriter and creative director selling people things they didn’t need, a ghost writer for some years, columnist of a newspaper, a freelance journalist and photographer. In 2009 he created Live Encounters Magazine, in Bali, Indonesia. It is a not for profit (adfree) free online magazine featuring leading academics, writers, poets, activists of all hues etc. from around the world. March 2016 saw the launch of its sister publication Live Encounters Poetry, which was relaunched as Live Encounters Poetry & Writing in March 2017.  In February 2019 the third publication was launched, LE Children Poetry & Writing (now renamed Live Encounters Young Poets & Writers). He has edited, designed and produced all of Live Encounters’ 181 publications till date (April 2020). Mark’s philosophy is that knowledge must be free and shared freely to empower all towards enlightenment. He is the author of three books: RAINY – My friend & Philosopher, Seductive Avatars of Maya – Anthology of Dystopian Lives and In Gethsemane: Transcripts of a Journey.  www.amazon.com/markulyseas 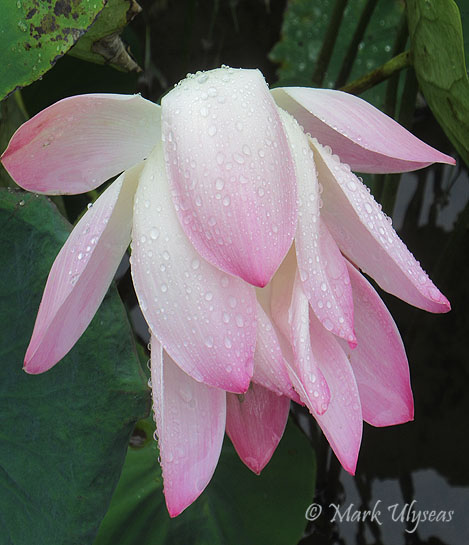 The unseemly display by western consumers pushing, shoving and beating each other up over rolls of toilet paper; and the rush on supermarkets has revealed how ‘fragile’ a ‘civilised’ society can be in the face of a pandemic. How easily it falls apart from within.

But it doesn’t end here; politicians have jumped into the fray to mouth untruths about it being military germ warfare (?). The evidence of schadenfreude in the utterings by some elements in western governments of the deaths due to the virus in China and Iran leaves one to question – what is our way of life, our values?

While innocent people have been infected and thousands have died and continue to die in nearly 200 countries, racism has raised its ugly head with the beating of those who look ‘Chinese’ by ‘locals’. An Indian Jew from the east of India living in Israel faced the wrath of ‘locals’ and ended up in hospital because he looked ‘Chinese’.

And the madness continues with a hearing in the US House of Representatives when CDC Director Dr.Robert Redfield mentioned the fact that posthumous tests carried out on some of those who had died of the flu proved they had suffered from Covid-19. (The CDC reported that in 2018-2019 in the USA 16,500,000 people were affected by the flu and 34,000 died. As of January 2020, 8,000 people have already died of the flu, and the season has not begun; so how many people have died of the flu, and how many of Covid-19?)

Truth has become elastic. Facts have become subjective. Trade warfare is the key element in creating this dangerous situation for humanity. The abject failure by countries to pay heed to the Wuhan Effect has resulted in heart breaking scenarios in Italy, Spain and elsewhere; and the rising infections and deaths across the world.

If anything, this pandemic has revealed humanity’s lack of humanity. Profiteering even on petty consumer goods is rampant and governments appear to be blind to this continued commercial ‘rape’ of the consumers. In war time profiteers would be shot.

But why should one not be surprised? This is the age of #me.

It was reported that the President of the USA, Donald Trump, attempted to buy a vaccine being developed by a German company, to make it available exclusively for the citizens of his country.
https://www.theguardian.com/world/2020/mar/16/not-for-sale-anger-in-germany-at-report-trump-seeking-exclusive-coronavirus-vaccine-deal

By criminally fiddling and misrepresenting the statistics related to actual cases of COVID-19 in order to serve State/political requirements we have become the executioners of the truth, much to the detriment of those afflicted by the virus. Perhaps more than 100,000 people may have already died and tens of millions infected, but we will never know – at least not the living public in general – for the dead have been interred or cremated, they cannot speak.

Let’s take a look at our humanity and how it is working in the age of the virus:

Italians over 80 ‘will be left to die’ as country overwhelmed by fatalities.
https://www.telegraph.co.uk/news/2020/03/14/italians-80-will-left-die-country-overwhelmed-coronavirus/?

Media coverage of Italy’s initial outbreak from northern countries was at times unsympathetic, and some believed Rome’s response was over the top. The French ambassador to Rome was forced to apologize after a skit about a “Corona pizza” by French television caused outrage.
https://www.irishtimes.com/news/world/europe/italians-look-at-aid-from-china-and-a-series-of-slights-from-the-eu-1.4206136?fbclid=IwAR18eTQz37xnap1p2fRTmBJrPhx9VnEwjygheA_RZfq2s8IT_vrWBiO4L_0

Early decisions were made by some EU member states to refrain from exporting medical equipment to Italy – the EU country that has thus far been hit hardest by the pandemic.
https://www.spiegel.de/international/europe/corona-the-eu-struggles-for-relevance-in-the-fight-against-coronavirus-a-83052f57-ed42-4a69-85fd-61e6795a4d20?fbclid=IwAR1aYd0Q_dRnlVoFfQSeVoRnlhoWJV-xzOqKMvsXJOzAHzGG9sOrVwt7jeA

‘Over 90s should NOT go to hospital if they get Covid’: Government’s ex-chief scientist
Sir David King https://www.dailymail.co.uk/news/article-8154673/Governments-ex-chief-scientist-Sir-David-King-blasted-telling-frail-stay-home.html

British shoppers hoard food worth £1bn – and should be ‘ashamed’. NHS staff are facing empty supermarket shelves as panic-buying customers cause needless shortages during the pandemic. https://www.telegraph.co.uk/news/2020/03/21/britons-should-ashamed-stockpiling-1bn-worth-food-coronavirus/

Private labs, clinics and opportunistic go-betweens have been snapping up diagnostic kits, often selling them at steep markups. https://www.nytimes.com/2020/03/24/world/europe/uk-coronavirus-tests-profiteering.html

In the USA people are lining up to buy guns. https://www.independent.co.uk/news/world/americas/coronavirus-us-panic-buying-guns-ammo-nra-a9403886.html?

When Donald Trump (USA has the highest number of known COVID-19 cases in the world) deliberately plays the race card by calling it the Chinese Virus he is opening the sluice gates to history. Is the H1N1 a Mexican Virus or USA Virus? Are smallpox, bubonic plague, chickenpox, cholera, the common cold, diphtheria, influenza, malaria, measles, scarlet fever, sexually transmitted diseases, typhoid, typhus, tuberculosis, and pertussis that killed off most of the indigenous peoples of the Americas – European diseases?

We can go on, year by year, but what will this achieve?

There is money to be made in war, in the manufacture of weapons but not in the health of a nation.

Medical staffs and nursing staffs, the beleaguered foot soldiers – many have fallen ill and some have died due to the virus – are fighting a deadly battle to save lives despite the huge shortage of basic medical supplies.

‘At War With No Ammo’: Doctors Say Shortage of Protective Gear Is Dire – The lack of proper masks, gowns and eye gear is imperiling the ability of medical workers to fight the coronavirus  — and putting their own lives at risk.
https://www.nytimes.com/2020/03/19/health/coronavirus-masks-shortage.html

Fortunately for Italy, it has received support with the arrival of doctors from Cuba and China with massive medical supplies from Russia. But this development has not gone unnoticed by the war hawks in some countries. Many of whom are terming these gestures as propaganda. But they themselves are doing little to help the Italians.

Meanwhile in Asia countries are grappling with the massive movement of people and trying desperately to contain the spread of the virus.

How will the world’s largest democracy, India, protect its billion+ people?
https://www.ndtv.com/india-news/india-coronavirus-news-amid-criticism-over-lockdown-centre-says-response-was-not-unplanned-2202209?pfrom=home-bigstory

China has done its bit by lying from the start about the virus and the extent of the infection that had spread across the country.

This has further exacerbated the problem. Not surprising China-baiters were quick to use the race card quite effectively and innocent Chinese have been caught up in the deadly game of political brinkmanship.

Tens of millions in South East Asia who depend on tourism for their livelihood are facing bankruptcy. Mushrooming joblessness has become a dangerous development for governments that have to maintain a delicate balance in societies already faced with social and religious problems.

And what about the rising cases of infections in Africa and in war zones?

The fragile peace of lock downs will not last long. Something has got to give and it is not going to be the powers that be but the people who are locked down who will decide the fate of a country. Voices can be heard – concerns related to job and food security, and primary healthcare, and who is going to foot the bill, eventually. And what will happen post-pandemic?

This pandemic has revealed the genetic dark side of humanity, the ugliness, the greed and the sheer selfishness of many who claim to be ‘civilised’.

21,000* people die every day due to hunger.
But this is not a virus, so we can overlook these deaths.