Mark Ulyseas has served time in advertising as copywriter and creative director selling people things they didn’t need, a ghost writer for some years, columnist of a newspaper, a freelance journalist and photographer. In 2009 he created Live Encounters Magazine, in Bali, Indonesia. It is a not for profit (adfree) free online magazine featuring leading academics, writers, poets, activists of all hues etc. from around the world. March 2016 saw the launch of its sister publication Live Encounters Poetry, which was relaunched as Live Encounters Poetry & Writing in March 2017.  In February 2019 the third publication was launched, LE Children Poetry & Writing (now renamed Live Encounters Young Poets & Writers). He has edited, designed and produced all of Live Encounters’ 179 publications till date (March 2020). Mark’s philosophy is that knowledge must be free and shared freely to empower all towards enlightenment. He is the author of three books: RAINY – My friend & Philosopher, Seductive Avatars of Maya – Anthology of Dystopian Lives and In Gethsemane: Transcripts of a Journey.  www.amazon.com/markulyseas 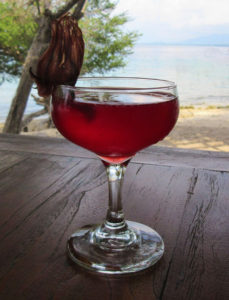 Is suicide an act of cowardice? Or, is it a divine right that is given to us to exit life at the time of our own choosing?

The dark and light worlds often collide in one’s life and glimpses of futility and ecstasy churn the soul blending the absurd and the spectacular, throwing up cross roads of existence offering choices that lead anywhere and everywhere. Some take the road that leads out of the living.

Suicide is a much maligned action. Religion has its exclusive form of damnation. Morality is subjective. And the question of who owns one’s life remains unanswered.

Is life all that beautiful?

And what is beauty – The sight of a new born calf resting next to its mother in a green field on a warm summer day? Or the lamb, lying on its side, being held down by the faithful, as a priest slits its throat as he prays?

Life is beautiful is a chant that subdues our senses and keeps us in trance-like animation. The harshness, the disease, the violence is accepted as a test from the Divine; A test that we must pass to get a ticket to another world. This is what the faithful believe.

But why do we need a ticket? Can’t we travel ticketless into oblivion, the nothingness that cloaks the soul from all light, light that brings an existential dilemma of ownership of one’s soul?

Why does one have to suffer the harshness of life to fulfil one’s destiny, one’s karma, in the belief that one has lived past lives and this life is retribution, debts to be paid by living?

And if we have, as many believe, lived past lives, how come the numbers of people keep increasing? Why are more souls being manufactured? Is there a Divine reason?

Artists of all hues, unwed mothers, children et al have taken the road out of town. Some have committed suicide live on social media. It is as if they are taunting the living with death. And it continues unabated. Some are eulogized by their act, others simply buried and forgotten.

But why do those that remain behind in the turgid waters of the living feel abandoned, betrayed? And does this betrayal originate in the living’s own selfish needs?

Some who have attempted/survived suicide have gone on to contribute productively to humanity. But what is the point when humanity has a built-in self-destruct mechanism that continues to drag itself into a quagmire of filth and deadly violence.

Isn’t mindless warfare a form of suicide; the knowing that a gun in hand on a battle field would potentially endanger one’s life? Isn’t the stock piling of weapons of mass destruction an act that precedes suicide on a massive scale, tens of millions? Or, is this just murder?

So what is the value of the life of one that walks into an oncoming train? A few tears, a news snippet? Funeral ceremony? Old pictures on the wall? Then forgotten, until the next one dies.

Euthanasia (killing me softly) is the scientific term for suicide. Palatable. Acceptable. Some countries permit ‘assisted death’ for terminally ill patients. Isn’t this ‘assisted’ suicide? Or, are we now splitting our morality – those who don’t deserve to take their own lives and those that are unaware (mentally) that their lives are being taken away from them – one is quite simply suicide and the other, is, perhaps, murder? Who decides who lives and who dies? Those with a religious conscience? Or, those with a scientific bent mind?

Why do we always say, ‘Life is Precious’, is sacred, when everything that we do is done to enhance our own personal welfare at the expense of other sentient beings on earth. Arrogance is instilled in us from the time we are breastfed by our mothers; arrogance towards the preciousness of life. This is reflected in our inherent violent nature in both mind and body. There is no sacredness; it is the delusion of the ape within us.

From the moment we are born we begin dying (aging) so life is death and in death, we attain life.

Perhaps the Divine has a scary sense of humour?

There is great unease when a person commits suicide; the fear of Divine retribution; the fear of a terrifying reception on the other side when in fact suicide is nothing more than the act of forcing open the door that connects the two worlds; and not waiting for it to be opened at the scheduled time.

Or could it be that living itself is an act of suicide?