Rekha Chowdhary is the fellow of Indian Institute of Advanced Study, Shimla. She has served at the University of Jammu as Professor of Political Science till 2013. 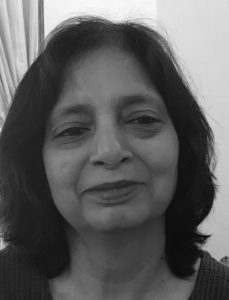 For understanding the current politics of Kashmir, it is important to focus on the period since 1990.  The period assumes importance not only in the context of metamorphosis that the state underwent due to the onset of militancy and separatism but also because of major shifts in the competitive politics. The armed militancy accompanied by massive popular separatist surge in the early 1990s resulted in the near-total collapse of the democratic politics in Kashmir. The ascendancy of the separatism and the prevailing violence during next one decade or so, made it difficult for the democratic political space to regain itself. It was not before the 2002 Assembly election that democratic space could find some ground. However, there was a gradual but steady extension of this space in the next one decade or so. By the time the 2014 Assembly election took place, the vibrancy of the competitive politics in Kashmir was quite well established.

What was peculiar about the expansion of democratic space in Kashmir during this time was that it was taking place in the larger context of separatism. While separatism continued to assert itself, the mainstream politics started attaining relevance and gaining legitimacy. As a result, one could see the parallel existence of the democratic and separatist spheres of politics. However, the two spheres did not remain untouched by each other. At many points, there was a blurring of boundaries and significant overlap between the two.

Separatist politics, to begin with, was manifested through the armed militancy. It was after the 1987 Assembly election that the first generation of local militants, mostly belonging to JKLF started crossing the border. By 1989,  militancy had been fully launched in Jammu and Kashmir.

Militancy at this stage enjoyed approval of the Kashmiri society and was backed by popular separatist sentiment. Massive protest demonstrations in 1989-90 period reflected the wide-spread separatist sentiment in Kashmir. However, as militancy came to be controlled by Pakistani and Jehadi elements, it lost the local support. By the end of the decade of 1990, militancy was so de-legitimised that even within the separatist leadership there was a rethinking about it. A. G. Lone, a senior separatist leader gave a call in 2001-2002 for the end of militancy. In a debate that he entered with Syed Ali Shah Geelani, another senior separatist leader, he questioned the role of Jehadi or foreign militants in Kashmir and asked for their ouster. Referring to the political and indigenous nature of Kashmiri separatism, he rejected Geelani’s assertion that it was part of global Islamic agenda. Though Lone was assassinated soon after making these comments, the shift in Kashmir’s separatist politics was already visible. By 2003-2004, Militancy was declined in a substantial manner.

The exhaustion with violence and popular urge for peace and normalcy meanwhile contributed to the restoration of the mainstream political space that had completely gone under in the post-1989 phase. Though the electoral politics was revived in 1996, however, it was with the 2002 Assembly election that the mainstream party politics could attain popular support and legitimacy. Every successive election was intensely competitive, sufficiently participatory and reflective of the expansion of democratic space.

The expansion of democratic politics, however, did not take place at the cost of separatist politics. Despite the decline of militancy, separatism continued to inform the political responses of Kashmir. Though the major separatist organisation, the All Party Hurriyat Conference was quite weakened due to the multiple splits in 2003, the separatist sentiment was quite forcefully asserted in the period after 2007. Kashmir witnessed one of the most massive separatist upsurge in 2008. The protest against the Amarnath land order took a separatist turn. A similar separatist upsurge took place in 2010 that lasted for five months.

It was therefore under the shadow of separatism that the democratic politics expanded itself in the period after 2002. Unlike the earlier times, the elections did not face the crisis of legitimacy. The 2002 Assembly election that was conducted under the glare of international media, attained the reputation of being fair and transparent. Though the extent of participation was quite low, compared to some of the later elections, what led to its legitimacy was its intensely competitive nature. With the newly launched PDP giving a tough fight to the National Conference that monopolised the regional politics of Kashmir till now, there was shift in the very nature of the party politics. With other parties like the People’s Conference also joining the competition along with Congress, National Conference and the PDP, the perceptions about the electoral politics changed. Rather than being seen as ‘farcical’ or ‘manipulated from above’ each successive election attained the reputation of being competitive and participatory.

Another strategy used by the political parties to gain legitimacy for its politics within the overall separatist environment was to draw a distinction between the mainstream and separatist politics and in the process emphasising the relevance of each of the two spheres without any contradiction between the two. While the mainstream politics was supposed to deal with the ‘day-to-day’ issues of ‘governance’, the separatist politics was to deal with ‘long-term’ issues linked with the conflict and its resolution. By drawing a self-imposed limitation on the mainstream politics to the issues of ‘governance’ only and by leaving the sphere of conflict politics open to the separatists, parties were able to chalk a role for themselves within the larger context of separatism. This distinction also made it easier for the common people to be involved in the mainstream politics. With no contradiction between their act of voting or getting involved in the electoral politics on the one hand and their separatist sentiments, on the other – they could participate in both the spheres of politics and easily switch from one sphere to another. Interestingly, this distinction was accepted by the separatists as well and they would many times acknowledge the extension of the democratic space by arguing that the people needed to fulfil the day to day needs related to jobs, roads, water and electricity etc and participation in such activities did not mean that the larger ‘Kashmir cause’ was being sidelined.

The parallel existence of the democratic and separatist spheres of politics and the way the two intersected and impacted each other makes it a unique case study. For the purpose of analysis, the study of Kashmir’s politics in the period beyond 1990 therefore makes an interesting reading.

Interestingly, each of the two spheres of politics is dynamic and has been undergoing various shifts.The separatist politics after going through the phase of militancy and the post-militancy, entered the phase of ‘new-age militancy’. The ‘new-age militancy’ is the term used for the militancy as it has erupted in the post-2015 period. It reflects not only the revival of the militancy but also its newly found legitimacy. After being de-legitimised in the later years of 1990s, and after its near complete decline by 2004, militancy has once again become central to the separatist politics of Kashmir.

The democratic politics similarly has gone through various phases, After the phase of its decline in 1989-90 period, it started expanding itself in 2002. By 2015-2016, it had once again reached a phase of crisis. Much before the abrogation of the special constitutional status of Jammu and Kashmir, the democratic space that was thriving till 2014 Assembly elections, started facing a crisis. This situation of crisis was reflected during the bye elections for the two Parliamentary seats of Kashmir. So huge was the crisis that the bye-poll in the Anantnag constituency had to deferred indefinitely and in Srinagar Constituency, it was held in 2017 without much effective participation of the people.

At the moment of transition, from the state to the Union Territory, the politics of Jammu and Kashmir, particularly in Kashmir valley is in the frozen mode. Neither the separatist nor the mainstream politics is being articulated at the moment. What will be its shape in the times to come? It is a big question and to have some answer, one would need to refer to the history of Kashmir’s politics in the last three decades.