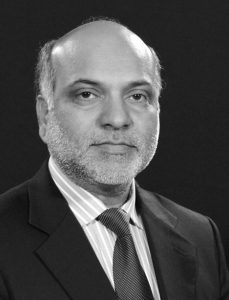 Islamophobia is much talked about, but least understood, construct. Contemporary advances on the Islamophobia construct are fast paced; nonetheless, they carry more doubts than crystallizing it for a better understanding. In addition, to have a simple and square understanding, Islamophobia has more often been associated with ‘fear or hatred of Islam and Muslims’. Not only hostility, prejudice, racism, Orientalism, and many other cynicisms are baptized as Islamophobia, but also some of the scholars resort to inventive approaches to explain and theorize Islamophobia. The term Islamophobia has been used in abundance since the release of Runnymede Report in 1997, and more so after the 9/11 tragedy. So far, a large body of literature has been produced on it in all disciplines of social sciences but seems to have been produced in haste and, hence, does not provide scientific means to study the phenomenon and propose possible solutions to stop its further fostering in our societies. This literary piece ‘Islamophobia: History, Context and Deconstruction’, which took more than a decade to accomplish, is an attempt to identify the problem in a scientific fashion by delineating on its conceivable antecedents, and ways to measure it for possible policy ramifications for the governments and the policymakers.

For many among us, and especially for those who are least interested in history, Islamophobia is a media construction, the roots of which can stretch maximum to the Iranian Revolution of the late 1970s. The tragedy of 9/11, however, fueled and crystallized the hatred and enmity towards Muslims. With this Islam also came in the limelight as an ideology and religion posing serious challenges to security and peace of the West. Hardly a few scholarly works surfaced to trace inimical relations between Islam and other religions between the First World War and 9/11. Even the bestsellers such as Clash of Civilization by Huntington and Orientalism by Edward Said did not bother tracing the roots of Islam versus West strained relations in the history. Nonetheless, even a peerless glance at history gives us huge stuff to theorize the relations between religions and provides a diagnosis of the ‘problem’ and prognosis for a peaceful future. This book of course stands unique in the sense that it traces Islamophobia as a phenomenon from the history and attempts to break some of the myths prevailing in the contemporary literature including that of Huntington’s view that Islamophobia was born after the demise of communism, as a new enemy to the West; and Holliday’s viewpoint that Islamophobia is towards Muslims, and not towards Islam.

One of the significant aspects of this scholastic effort is that it provides an alternate way of studying the phenomenon, more focused on providing diagnosis and prognostic solutions to avoid further degradation of the relations between Islam, the West and the rest. The author claims that Islamophobia needs to be studied scientifically to investigate the antecedents (or reasons) of the problem in a given social system, which might differ in various societies, but with the same set of manifestations almost everywhere. These antecedents must be identified and a solution based on those antecedents can only guarantee peace and normalcy in Islamophobia-hit societies.

This book explains how the fear of Islam travelled through ages, adding more ills into its ambit and escalating to a level of a generalized fear of Muslims today. It also challenges many established theories including that of the influential post-colonial writer and critic Edward Said’s view that Islamophobia is European hostility and prejudice towards Arabo-Muslim people. The author envisages Islamophobia as a corpus bundle of phobias with multiple facets/dimensions. All of its dimensions/antecedents might not have caused anti-Islam or anti-Muslim sentiments in a society, but may be one as the primary reason coupled with some other secondarily. Anti-Islam and anti-Muslims’ feelings could be because of socio-cultural and economic problems emanating from Muslim populations and their ghettoization in some pockets as one of its facets. Historic prejudice and racism have also been contributing to fostering Islamophobic sentiments in some societies, especially in relation to Muslims and Islam since centuries. Similarly, civilizational clash and political threats may give birth to Islamophobia in some societies. Contemporary unrest in the Muslim world and security situations at some places might also have affected masses’ feelings towards Muslims and Islam.

The book also identified the socio-cultural dimensions of fear of Islam and Muslims. The author pinpoints that threats emanating from the phenomenon of Islamophobia generally fall in security and terror domains. Prejudice and racism towards Muslims and Islam are some other antecedents or outcomes of Islamophobia, profoundly discussed and deliberated in talks and literature with the construct. Continued historic dislike of Muslims and fear of Islam as a subjugator or destroyer of other cultures and religions more often than not diminish the significance of debates on socio-cultural and economic domains of Islamophobia, which are relatively more practical threats in some countries of the world, but are not exclusively limited to Muslims only. Growing Muslim population in Europe alone could send deafening alarm to those who value their socio-cultural norms and traditions, and they, with a great sense of insecurity, are watching the indicators/developments that could indulge them into severe economic impasses. Apparently, Muslims are seen as a singular unit in the USA, but they are extremely divergent groups associated with different religious fractions and are divided on their ethnic, linguistic and regional affiliations. Nonetheless, Islam under its ideological umbrella makes them identify as a singularity. This creates uncertainty about Muslims among the westerners, which may fall under the ‘fear threat perception’ domain. 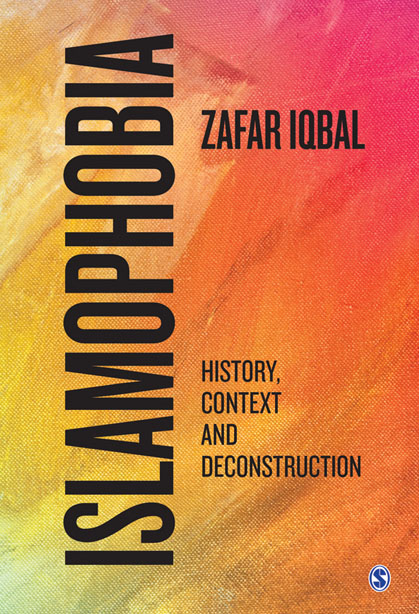 In the wake of 9/11 tragic epoch, concerns about Islamophobia have increased and terrorism is now perceived to be the key threat for international peace and security. Consequently, several groups of people have been represented as a security threat. This applies to Muslims, in general, whether a minority group or majority in a country, and the religion of Islam, in particular. Anti-Muslim sentiments and Islamophobia have been generated to the extent where Western identities and values are perceived to be threatened by Islam. Therefore, Muslims and Islam have been securitized on different occasions across Europe and the USA. This book points to the emergence of anti-Islam and anti-Muslim discourses among academic, professional, and public spheres which established a contradictory policy of state systems both fearing and fostering radicalization in a process ‘securitization’ of Islam. The author mentioned different dimensions of securitization of Islam and Muslims and offered remedial measures to counter this escalating phenomenon.

The book also identifies ‘Political Islam’ or perception of Islam as a political threat to democracy in the West as one of the important antecedents/dimensions of Islamophobia which has further divided into sub-dimensions. The author clarifies that the phenomenon did not emerge in the wake of Islamic resurgent movements in the twentieth century; rather, this perception comes from the history. The book also discusses ‘Othering’ as Islamophobia and pointed out that media at various occasions act as a catalyst in creating othering discourse. It can incite and infuriate the thought process of individuals who already have negative feelings about others, which may be any individual or group, or any community, such as Muslims in the West. The author laments that Islam is the name of negativity as it is being cultivated through cultural commodification of mainstream news and entertainment channels of the Western world. It has been described by numerous scholars as such and explained the dominant discourse(s) of orientalists instrumental in constructing Muslims as ‘Other’ and this particular rhetoric has occupied significant space and time on broadsheets, broadcast gadgets, silver and TV screens. The tone of this anti-Islam rhetoric has been accelerated rapidly and tremendously due to penetration of computer-mediated communication through social media websites, chat groups, web pages and blogs, etc. He argues that such Islamophobic rhetoric more often packed with negative connotation towards Islam and Muslims and more often the product of racism, xenophobia and stereotyping images.

The book also discusses the West’s fear of Islam in civilizational perspective which has many causes. The author pointed out that Islamic invasion as cultural and civilizational commodities is the basic threat to the West because Islamic values can challenge the Western civilization. The Islamic code of conduct provides an alternate to Western cultures. The other problem is the politicization of clash of civilization. The Arab culture and the Islamic culture considered as the same in the West, and the political conflict between Islam and the West and Arabs are misperceived as the conflicts between Islam and the West, which is either political or cultural; nonetheless, it is not religious at all. It is important to reiterate that the West is not only the USA, and also there is a huge cultural difference between the native Muslims of the West and immigrants Muslim. The terrorism or extremism associated with Islam is also a cause for the identity crisis among Muslims in the West. There is need to identify cultural values, which Muslim have, on the basis of ethnicity, regionalism, nationality and cultural belongings. The identification of Muslims should be as the followers of Islam, which is much broader than their association with any country, region, ethnicity or race.