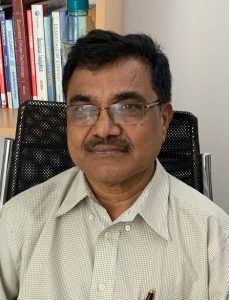 Ambedkar in his Annihilation of Caste wrote, “There is no Hindu consciousness of kind. In every Hindu the consciousness that exists is the consciousness of his caste. That is the reason why the Hindus cannot be said to form a society or a nation.” When the Hindutva forces, today at the pinnacle of power, take India’s nationhood for granted and bulldoze the very idea of India at its altar, they only expose the basic contradiction between them and Dalits. Its idea of a nation, a la Hindu Rashtra, which Ambedkar had prophetically called “the greatest calamity for this country” and added, “No matter what the Hindus say, Hinduism is a menace to liberty, equality and fraternity. It is incompatible with democracy.”  It seeks to revive the imaginary past glory of India when Brahmanism ruled the roost and Dalits languished at the bottom. Dalits are important in this construction of neo-Brahmanic future: as the scaffolding of its structure as well as the single biggest threat to it. It is therefore that they are handled with extreme caution and deftness in the theory as well as practice of Hindutva.

Since 2014, when Narendra Modi, after his dozen-odd years of autocratic rule in Gujarat, ascended to power at the centre, this equivocation in relation to Dalits has been in open. One of his theatrical masterstrokes has been his classic display of obeisance to Ambedkar in various ways such as taking constitution as his holy book, touching the steps of the parliament house with his forehead and direct vocal attributions of his rise as an ordinary person from OBC category to Ambedkar. He then declared to construct “panchatirth” (five places of pilgrimage) for him: At Mhow where he was born, the London house where he was supposed to have lived, the Diksha Bhumi at Nagpur where he converted to Buddhism, his Delhi residence where he breathed his last and the Chaityabhumi at Mumbai where he was cremated. It was a characteristic RSS way that had elevated Ambedkar to its pantheons of greats in the early 1980s after ignoring him for decades. It provided the justification to the Dalit leaders, who opportunistically jumped on the winning horse of BJP to claim that it was more for Ambedkar and hence Dalits than any other party. Ram Nath Kovind, a Sanghi Dalit from Uttar Pradesh, belonging to a Kori caste was made president. It paid some electoral dividends, thanks to the ineptitude and short-sightedness of the opposition parties, most notably, the Congress. As these overtures towards Dalits continued, the Dalits began getting beaten on streets. The radical voices were particularly targeted. The suppression of Ambedkar Periyar Study Circle in IIT Madras and Ambedkar Students Association in Hyderabad University which culminated into the death of a promising scholar Rohith Vemula stood as notable examples. The infamous case of Bhima-Koregaon further exemplified the attitude of the regime towards Dalits. It not only defiled the Ambedkarite legacy of this event, but also criminalized noted Dalit activists and scholars labelling them as Urban Naxals. The recent controversial handing over of the case to NIA in the wake of non-BJP government mulling over review of the case exposed the centre’s sinister role in fabrication of this heinous plot.

The book was conceived in the wake of the Gujarat riot against Muslims in 2002, which may arguably be seen as the biggest single factor in the rise of Narendra Modi. In these riots, there were reports that claimed that Dalits participated on the side of Hindutva. While there was an element of truth, it was amplified to externalise the sin and reinforce the traditional hatred for Dalits as the vile people. Dalits played a significant role in Modi’s election. The BJP needed Dalit votes for scaling up its electoral standing to augment its numbers in Rajya Sabha. At the strategic level, during the tenure of Balasaheb Deoras, the chief of the RSS, Dalits came to be a significant target, because of their fragmentation but unifying potential around the Ambedkar icon. The inclusion of Ambedkar in their pantheon of greats and floating a special vehicle, Samajik Samrasata Manch to work among Dalits were the outcomes. Since early 1980s these moves went on with a characteristic tenacity of the Sangh and made some inroads in this unlikely community. The BJP had captured more and more reserved seats and by the late 1990s it rose to challenge the Congress and actually captured power. 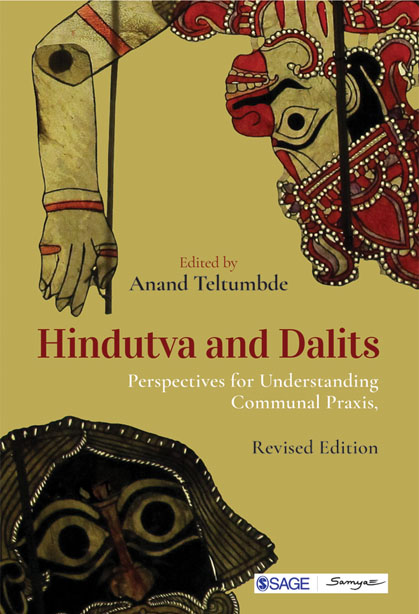 The format of the book was conceived commensurate with the complexity of the problem in two parts: the first one dealing with theoretical aspects (historical, ideological and political) of the evolution of the Hindutva vis-à-vis Dalits and the second part its practical manifestation in various parts of the country. The idea was spoken out to the noted scholars who enthusiastically supported it. After their draft papers were received a one-day workshop was organized to discuss the papers and with its inputs the book was edited. Its publication in 2005 evoked a good response in India and abroad but for some reasons it remained out of print for all these years, which also happened to be the years when BJP was out of power albeit not out of action. BJP fully exploited the sloppiness of the scam-ridden UPA II. In contrast Modi had proved himself in Gujarat that he could serve the capitalist interests better than anyone. It is this pact between him and the global capital that catapulted Modi to become prime minister. He systematically struck chord with the masses and consolidated his constituency of the Bhaktas. Dalit support had played a significant role in his success; BJP commanding more number of reserved seats than all parties put together.

While this could be easily noted, what escaped attention of even the astute political observers is the indirect role played by Dalits in consolidating the constituency of his Bhaktas who account over one-fourth of the population. BJP exploited the baser sentiments of the Indians against Muslims and Dalits. Muslims are seen as aliens, who took away a chunk of India and lacked in loyalty to this land. Dalits are seen as inferior people, the parasites who thrive at the cost of others because of reservations. For the most part, there has not been much social osmosis between Muslim and non-Muslim communities. As regards Dalits, the endemic agrarian crisis gripping the countryside make a stray landless Dalits who got educated and employed in the public sector to appear relatively better off than others inducing a grudge against them. BJP openly spoke against the Muslims. With regard to Dalits, its self-projection as sans caste Hindu party, accusing others as playing vote bank politics, indirectly assured that it is against the caste-based reservations to the Dalits.

BJP used Hindutva politics to polarise people and consolidate its constituency and followed neoliberal policies to maintain support of capitalists. This, however, posed contradiction: Whereas Hindutva appealed to its constituency of lower and middle strata, it was potentially not liked by capitalists as it tended to create social disturbance, which is not desirable to the business. Similarly, while the neoliberal policies thrilled capitalists, they hit the lower and middle strata hard. This contradiction could be managed only within a short term. The first term of Modi was consumed in prototyping; the second term was needed for its implementation and consummation of the Hindu Rashtra. Based on this analysis, I had professed, Modi would not leave any stone unturned to win it. While the prospects of his winning looked increasingly bleak, I maintained that he would win by greater majority than before. The pace of change since his win in May last year testifies to this overall prediction.

By now Dalits have fully realised BJP’s deception. Within a short time of just five years, the BJP has almost annulled the gains of their struggle of a century. They began to feel the heat of impending Hindu Rashtra which is effectively pushing them back into the hell hole from where they barely emerged. These changes needed to be explained while reissuing the book. A longish introduction and certain revision to the text catered to this need. The book while titled to be focused on the relationship of Hindutva with Dalits provides a broader perspective of the contemporary politics in India in which the Hindutva politics has thrived and is out today to annihilate the idea of India that was shaped through the sacrifices of our people who fought the mighty British.