Roli Misra is Associate Professor in the Department of Economics, University of Lucknow, India. 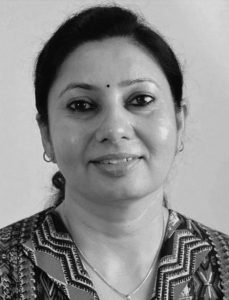 Migration studies have emerged to be an important research and study area in post-colonial times across the globe. It is widely read as an academic subject and also otherwise. Former UN Secretary General Ban Ki-moon defined migration as “an expression of the human aspiration for dignity, safety and a better future, It is part of the social fabric, part of our very make-up as a human family” (Ban ki-moon). Migration is a process that expresses the need for emancipation or a desire for amelioration. Poverty, persecution and economic opportunity are some of the well documented reason for migration. Displacement of population has led to renewal of nations in the history of civilizations. Increasing scholarly consciousness towards migration, in its wake has brought a realization that any theory of migration must include dimensions of race, religion, nationality, sense of belonging and nostalgia. Migration has a coercing effect on those who move, not only in fundamental or cultural terms, but also as it may bring in its wake, abuse, exploitation, emotional and psychological turbulences. Looking at the process of Migration from the socio-economic-psychological window, facilitates the understanding of the phenomenon, not only as a “progression”, but also as an “expression”. When we analyse, migration from this purview, its dynamics with different groups of gender, caste, ethnicities can be surveyed distinctly. Of the multiple causes of migration, a dominant one is economic migration. With changing times women comprise a large component of this migrant population. Earlier they mostly comprised family members of male migrants. But now they often migrate as active agents. As a result, they not only contribute to remittances sent back to the home country but also contribute to the economy of the host country. Their new found economic role has in turn shaped their own identity as well as compelled the host country to take cognizance of their contribution. This has resulted in the host country devising different policies to accommodate these women as well as help them in different ways. In order to comprehend these multi-dimensional peculiarities and nuances, it is essential to widen the horizontal base of studying Migration and look beyond the rudiments of ‘push’ and ‘pull’.

The aim of this book entitled, Migration, Trafficking and Gender Construction: Women in Transition published by Sage Stree, New Delhi (December 2019) is to bridge the research gap in available literature on gendered aspect of migration and also to provide a reading material to the researchers, academicians and readers as a ready reckoner. Women’s experience of displacement needs to be acknowledged as women are important stake holders in rehabilitation. Policies must address their problems. Migration impacts women differently. Displacement leaves women with a sense of up rootedness. Traditionally home has been the domain of women and loss of which leaves them with a sense of longing. This book is a compilation of essays on gender story of migration in the backdrop of histories of invasion, trauma, separation and violence. It brings together essays from different parts of the world to address issues like what causes migration, how migration at times is voluntary and at times enforced, and how women deal with this movement. The essays from India, Bangladesh, Finland, with references to Ukraine and Russia and the Balkans after the breakup of Yugoslavia, provide a gendered perspective of Migration. In the context of migration, leaving home behind it is observed that the type of “native foreigner” is the type of strategy based on total assimilation, when the migrant gives up his own cultural identity and joins the cultural mass existing in the host country.: “the synthesis type”. This “hybrid” type is situated “between a rock and a hard place”, it has a multiple background, trying to remain loyal to the origin culture but in the same time to be an active member of the host culture. This type of synthesis meets both the advantages and the disadvantages of the culture from the origin and host country – which gives him self-confidence – and it has “moderate” acknowledgement in both cultures. The advantage of this strategy is the fact that the migrant can negotiate between more cultures, trying to understand them, to combine and to mix them together. The disadvantage is the partial loyalty, especially when the individual reaches a conflict situation between these cultures. Irrespective of causes, most countries have now become home to a diverse multicultural population. Most countries have devised various techniques to cope with the inflow of migrants. These steps aim at assimilating the migrants in some way or other to ensure that there is no social upheaval in the countries. Migration has generally been looked as a male phenomenon, however, essays contained in the book, offer a timely and significant version of how transition impacts and ascertains so much for women. Essays on the plight of female migrants of Bangladesh and Assam, present a picture of migration that challenge the conventional viewpoint of “female migrate for marriage” at the same time, accounting for paths of migrant women Blemished by the under currents of gender stereotyping at work place, lack of representation in network, cultural discrimination, and sexual abuse. Migration vulneraries all, but for female migrants the risks are even higher. It is ironical how at times, families stricken with such vulnerabilities, adopt mechanism that put their own daughters and sisters in jeopardy. This system of dispossession has been introduced in the book, in the form of the persisting predicaments of Adivasi (tribal) minor girl migrants in India, to whom, poverty and illiteracy push into an endless indentation of trafficking. The atrocities on internally displaced tribal women migrants, sexual abuse bestowed upon them in makeshift camps, have also been positioned and described in context of cultural and ethnic clashes of the Bodo Movement, an episode of Gruesome violence in the blood stained history of Assam, India. Another episode that highlights increasing traces of Xenophobia, Nationalism and ethnic cleaning, the Rohingya crisis (Myanmar) which is rightly called the biggest refugee crisis of the time, has been presented in a gender sensitized arrangement. 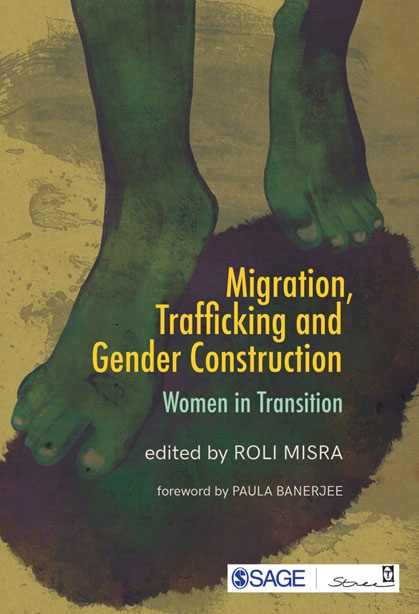 Conflict, distress and violence have been in inducing paroxysms of migration waves, since the dawn of civilization. The conflict and distress side of migration and its impact on woman has also been announced in the book. The tale of Pre-War Migration and political distress that gave birth to nearly a million Bosnian Immigrants has been captured in the milieu of image of empowerment of Bosnian female immigrants. This book, in an attempt to present a comprehensive rendition of women migrants, also stresses on their role as sole heroes of the care economy. The process of bearing and raising a child, demands a plethora of physical and emotional strength, which becomes even more challenging when coupled with the distress caused by migration. Lastly, the book presents the socio-psychological fallout of migration in context of women by considering the case of identity of female members of the nations of former Yugoslavia whose parents immigrated to Slovenia. This book is a pioneering presentation of Hybridity, identity bricolage, among female second generation migrants of Slovenia, and their dilemmatic disposition of ‘caught in between and uprooted. The decisions of women are shaped by multiple factors, individual needs, aspirations along with availability of jobs etc. Once women migrate they on one hand may face certain restrictions in terms of social and cultural rights/liberties, however on the other hand the very act of movement may have enabling and empowering capacities. These various factors need to be looked into to understand the phenomenon. This volume, through eleven chapters, captures a comprehensive picture of gender sensitised version of migration by highlighting not only the perils faced by women migrants, but also, highlighting their quest of emancipation from what has been bestowed upon them, which testifies their strength and valour. Hope this volume serves as a reader’s delight.