Activating the Five Powers of Law by Dr Miranda Forsyth

Miranda Forsyth is an Associate Professor at RegNet and also a Fellow at the Department of Pacific Affairs in the College of Asia and Pacific at ANU. In July 2015 she completed a three year ARC Discovery funded project to investigate the impact of intellectual property laws on development in Pacific Island countries. Prior to coming to the ANU, Miranda was a senior lecturer in criminal law at the law school of the University of the South Pacific, based in Port Vila, Vanuatu for eight years. Miranda is the author of A Bird that Flies with Two Wings: Kastom and State Justice Systems in Vanuatu (2009) ANU ePress and co-author of Weaving Intellectual Property Policy in Small island Developing States, Intersentia 2015. The broad focus of Miranda’s research is investigating the possibilities and challenges of the inter-operation of state and non-state justice and regulatory systems. She also works on the issue of how best to localize or vernacularize the foreign legal norms and procedures. Such norms are often required to be transplanted into developing countries, for example due to international or multilateral treaty obligations. At present her focus is on examining these issues in the context of both the protection of traditional knowledge and introduction of western intellectual property regimes, and also the regulation of sorcery and witchcraft related violence in Melanesia. Her research has had a strong focus on Vanuatu to date, but in the last few years she has also researched other countries in the Pacific islands region, particularly PNG, Fiji and Samoa.

Article republished by permission of http://regnet.anu.edu.au/news-events/news/7423/activating-five-powers-law 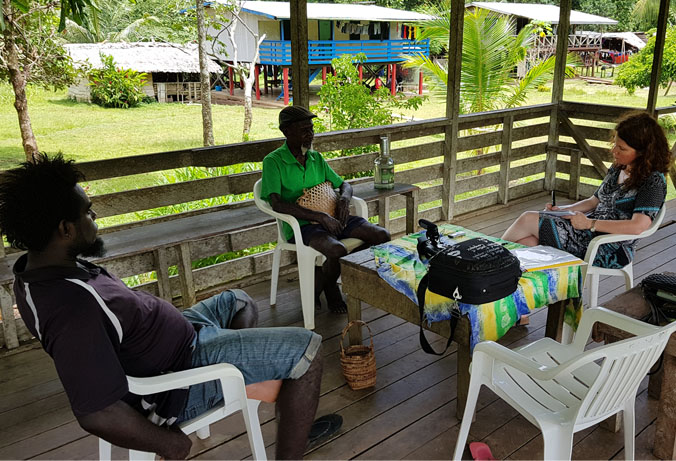 Some methods of rule of law promotion, such as support for the development of new legislation, frequently lead to disappointing results. The reason for this is that partner states such as Germany only focus on one of the many different powers of the law and do not pay attention to activating the full range of its powers. German ministries should take a careful look at the methodologies of their implementing agencies and “activate” all the powers of the law.

Many rule of law assistance programs have a heavy emphasis on supporting the development of legislation. Laws are frequently viewed as a magical tool capable of wondrous development outcomes – ending gender-based violence, preventing land grabs, empowering the poor. Legal anthropologists and development scholars have spent decades rightly critiquing such mythologization and the problematic emphasis on legislative drafting which so often fails to result in meaningful changes to socio-legal realities.

Yet, the role of the state and state law in much of the world is increasing, including in places where the German government’s new strategy for the rule of law assistance is applicable. It is worthwhile, then, probing deeper into what legislation actually “is” in particular contexts, in order to identify its many and varied possibilities. To do so, we need a conceptual framework that can disambiguate the different powers of legislation, and explain how they are brought to life within their targeted communities.

Such a framework should stress the importance of going beyond the “draft, gazette, implement”-concept of a legislative journey and contend that legislation possesses many different potential powers. Those that are sought to be used in a given context need to be identified, together with the precise mechanisms necessary to activate them and increase their impact.

The different powers of law

Citizens and policy-makers often see legislation as possessing only one power – the instrumental power of law: written articulation by a state of rules that require the conformity of individuals and other legal entities, backed by the threat of legal sanctions, and, ultimately, the use of force. This is the most visible power of legislation and receives the most focus during the development of legislation. When a legal “gap” analysis is done, for instance, it is this highly positivist approach that is most usually adopted to determine which new laws are needed. The instrumental power may be exercised in practice in a fair, arbitrary or prejudicial manner.

In contrast, the most commonly overlooked power of legislation is the hybridizing power of law. This is the legislation’s impact on other regulatory regimes or normative frameworks, such as religious legal orders, customary law regimes or industry codes of conduct. For instance, leaders of a particular community might decide to prohibit forced marriage of girls, given their desire to act in congruence with state legal principles.

Another important power is the narrative power of law. This refers to the manner in which law is incorporated into narratives about its meaning and how it engages with individual and community norms, self-identities and moral standards. Regulatory scholars who argue for the need to change the ‘storybook’ as well as the ‘rulebook’ are referring to this particular power.

A further power is the jurisdictional power of the law. This is the claiming of authority and legitimacy to regulate a particular space through the enactment of legislation. As such it really involves two assertions of power: first, that something is the subject of legal regulation, and second, about the identity of the regulator. This jurisdictional power may be exercised by a state or sub-state actor, or by an international regime, such as the International Criminal Court. This type of power is not concerned with the contents of the legislation per se, and is often part of state-building and boundary-marking by different levels of government or justification by international actors. As such, it is often highly contested and political, particularly when it involves moving into the socio-cultural domain.

The final power identified here (there are others) is the signalling power of law. This is the use of legislation to convey messages about new standards of behavior or expectations from the state to society, such as the criminalization of domestic violence. It is sometimes also called the power of law to “name and frame.”

Activating the powers of law

The second key part of the conceptual framework proposed here is that each of the powers of law need to be “activated” in order to have the desired effect. The enactment of legislation or even its implementation is not sufficient to fulfil its various powers. In contexts characterised by oral legal traditions, activation usually requires a relational process, involving the formation of relationships and social practices around the legislation to give it voice, power and agency. Activation, therefore, occurs primarily through people orally interpreting, re-enacting, story-telling, and performing legislation through a variety of networks (professional, religious, family, and/or community), rather than solely through written communications or directives.

The activation of the five different powers of law will vary across time and space. The narrative power and the hybridizing power – to an extent – include activation within their very definition, whilst the paths to activate the other powers may be less obvious. The extent of activation will depend on the context, individuals and networks of relationships involved, as well as the particular content of a particular piece of legislation.

For example, those seeking to activate new legislation targeted towards stopping family violence should consider three points: First, a program of socialization of the new legislation within justice agencies in which officers should share their thoughts and experiences with the new legislation with each other. Second, convening workshops with customary leaders in communities and at provincial and/or national levels to discuss tensions and synergies between the new legislation and their approaches to these issues. And third, identify theatre or multi-media groups working in the area that are interested in including some key new content from the legislation into their productions.

The activation part of the legislative process is often overlooked or hurried in rule of law programs. For all legislation, it is possible that one or more powers are not activated. There is also the risk that powers are activated in ways that are unintended and unwanted by the creators of the legislation. These problems can be addressed by closely considering the actual activation pathways (and existing networks and modes of communication) that are likely to be the most conducive to the drafters’ initial policy objectives, as well as those that are likely to be activated independently and in undesirable ways which may need to be countered.

Understand what legislation actually “is” in a particular context

In order to utilize legislation in an effective way in rule of law programs, the German government and its implementing agencies should understand first of all what legislation actually is in the context of the partner country. This involves unsettling assumptions about what Fitzpatrick has termed the “holistic, unitary conceptions of law.” One way to do this is to analyse the different types of potential powers of legislation. The second necessary step is to understand that in a countries with strong oral legal traditions – such as countries across Oceania, Yemen, Mali and many others – it is necessary to activate law through its performance as well as oral retelling in order for it to have meaning and effect. For this, people not only need to have knowledge of the law, but it needs to be integrated into the individual’s own social practices.

Actors formulating legislation often neglect to actively take this step, nullifying the potential of the legislation to fulfil policy directions. For this reason, Germany’s strategy should include an “activation” step as part of all rule of law assistance programs that involve legislative development.