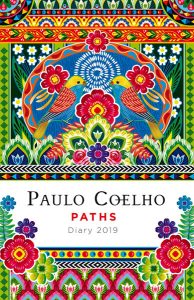 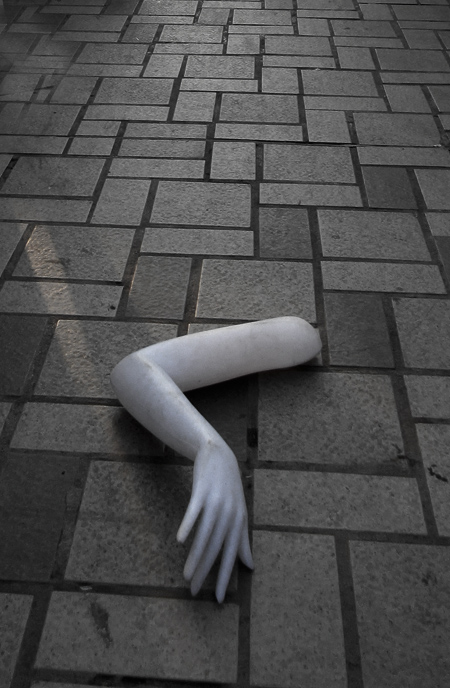 Severed hand of a mannequin discarded on the sidewalk. Photograph by Mark Ulyseas

On the same morning, three signs arrive from different continents: an e-mail from journalist Lauro Jardim asking for confirmation of some data on a note about me and mentioning the situation in the Rocinha slum neighborhood in Rio de Janeiro.  A phone call from my wife who has just landed in France: she has been traveling with a couple of French friends to show them our country and they ended their trip frightened and disappointed.  And lastly, the journalist who is coming to interview me for a Russian television channel: “Is it true that in your country half a million people were murdered between 1980 and 2000?”

But it is.  He shows me data from “a Brazilian institute” (actually the Brazilian Institute of Geography and Statistics, one of the most prestigious in the country).

I keep silent.  The violence in my country crosses oceans and mountains and comes all the way to this place in Central Asia Central.  What to say?

Saying is not enough; words that are not turned into action “bring the pest”, as William Blake said.  I have tried to do my part: I opened my institute, and together with two heroic persons, Isabella and Yolanda Maltarolli, we try to give education, affection, and love to 360 children from the Pavão-Pavãozinho slum in Rio de Janeiro.  I know that at this moment there are thousands of Brazilians doing much more, working away in silence, without any official help, without any private support, just not to let themselves be overwhelmed by the worst enemy of all: despair.

At some moment I thought that if everyone did their part things would change.  But tonight, as I contemplate the frozen mountains at the border with China, I have some doubts.  Perhaps, even with each one of us doing our part, the saying I learned as a youngster still holds true: “there is no argument against force.”

I look at the mountains again, lit up by the moon.  I wonder if there is no argument against force.  Like all Brazilians, I have tried, fought, and forced myself to believe that the situation in my country will one day get better, but each year that passes things seem to grow more complicated, regardless of who is in the government, the party, the economic plans, or the absence of any plans.

I have seen violence in the four corners of the world.  I remember once in the Lebanon, right after the war of devastation, I was walking through the ruins of Beirut with a friend called Söula Saad.  She remarked to me that her city had been destroyed seven times.  I asked her half in jest why they did not give up re-building and just move elsewhere.  “Because this is our city,” she answered.  “Because those who do not honor the earth where their ancestors are buried will be damned for ever.”

The human being who does not honor his land does not honor himself.  In one of the Greek myths of creation, one of the gods, furious at the fact that Prometheus has robbed the fire and is going to make men independent, sends Pandora to marry his brother, Epimetheus.  Pandora brings a box with her, which she is forbidden to open.  However, just like Eve in the Christian myth, her curiosity gets the better of her: she lifts the lid to see what is inside and at that moment all the evil in the world is released and spreads over the Earth.

Only one thing remained inside: Hope.

So, despite everything pointing to the opposite, despite all my sadness, this feeling of impotence, despite being this very moment almost convinced that nothing is going to get better, I cannot lose the only thing that keeps me alive: hope – that word always used with such irony by pseudo-intellectuals who consider it a synonym for “fooling someone.”  That word so manipulated by governments who make promises fully aware that they are not going to keep them and tear the hearts of the people even more.  That word is with us so often in the morning, is wounded in the course of the day and dies at nightfall, yet always rises with the dawn.