Can Islamic Fundamentalists be Agents of Change and Emancipation for Iranian Women?
by Nasim Basiri,
Women, Gender and Sexuality Studies, Oregon State University.

Nasim Basiri is an Iranian poet and activist from Borazjan in the south of Iran. She currently lives in the United States where she works and studies at Women, Gender and Sexuality Studies at Oregon State University. Nasim’s poetry and other literary works depict the suffering of humans, political and gendered violence and address the injustices associated with marginalization and global apartheid experienced by people in the Third World and the Middle East in particular.

“Every object persists in its state of rest or uniform motion in a straight line unless it is compelled to change that state by forces impressed on it.” (Newton’s First Law of Motion) [1] 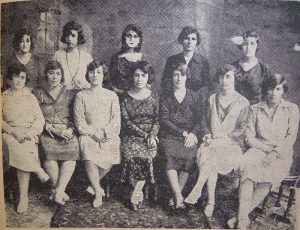 During the constitutional revolution, Iranian women came out of their homes and began a movement; but after the revolution, they were forced back to their homes. [2] During this period in 19th century, educated Iranian women resisted to remain in the society to educate other women and established women’s publications including women’s journals in Tehran and other provinces. [3]  This is probably the beginning of Iranian women’s resistance that ended up to formation of a movement. Later on, Reza Shah Pahlavi, encouraged women to appear in public without hijab or wear a simple scarf instead of a fully covered kind of veil they used to wear and made it official. [4] According to Haleh Esfandiari, Even though this was a positive move towards women’s liberation in Iran but also was a “tragedy” on the other side of the story because the new law could be oppressive and limiting to those Iranian women who believed in veil. [5] These accounts of history and governmental interventions in women’s lives and freedom of choice clearly indicate that how Iranian women went through different struggles of liberation and resisted layers of tyranny in various historical eras but their struggles never ended in Pahlavi regime. They continued to resist the discriminatory rules imposed by them in Khomeini’s regime in post-revolutionary Iran as well. After the Islamic revolution which was supposed to bring more security and equality for women, once again, Iranian women were betrayed and their image was used by Khomeini and other Shi’ia clergies to win the Islamic revolution. Haideh Moghissi describes the Islamic revolution as an “unfortunate legacy” for women political activists who were confronted with an obligation of resisting Khomeini and other religious leaders’ immediate “re-Islamization policies” that targeted different aspects of Iranian women’s social and private lives such as implementing compulsory veil, banning women from different fields of sciences, forced retirement of women in political positions, women in academia and etc.  [6]

As I already mentioned elsewhere, after the 1979 Islamic revolution in Iran, the ruling government has implemented discriminatory rules against Iranian women that has affected and changed non-Muslim and Muslim women’s lives.[7] In early 1990s many of the revolutionary regime’s decisions on Iranian women’s rights had been re-defined and changed. [8] In response to the Islamic regime’s oppression, Iranian women began to oppose and run campaigns against clergies’ gender biases in their interpretations of Islam and demanded their equal rights as citizens but they were confronted with more oppressions such as execution, political imprisonment, economic, social and political isolation and exile.

To answer this question, perhaps, we need to look at the recent history of systematical brutalization of women and the utilization of torture and political violence against women by the fundamentalists in power in post-revolutionary Iran. Even Though such accounts of political and religious violence against Iranian women is highly marginalized and overlooked in academic scholarship and literature in Iran and abroad, Iranian women never stopped calling out the fascism through their different ways of resisting the systems of oppression including literary and artistic resistance. The other way of responding to this question is to look at the obstacles to women’s movements in post-revolutionary Iran such as the latest arrests and murder of activists, journalists and human rights lawyers.

Based on my twenty one years of living as an Iranian feminist in Iran and my experiences of political pressure and violence on me and a generation of women who are constantly silenced through systematic brutalization and fundamentalist politics of silencing women in the Islamic Republic, I would argue that the misogynist policies and teachings of Khomeini, the former supreme leader of Iran and his associates who are ruling the government until the present moment brought the Iranian nation disastrous and destructive consequences as a result of trusting clergies. In a country that Islam is used as an excuse for anti-women policies by fundamentalists, Iranian women no longer trust the clergies to advocate gender equality through Islam. Therefore, Iranian women struggle for equality through a more secular approach. They also ignore western interventions for gender equality in Iran and find it disturbing and damaging in terms of giving another excuse to the fundamentalists to silence and dismantle Iranian women’s anti-fundamentalist movements by calling the Iranian feminists as pro-western or pro-imperialist feminists who are supported and funded by the west.

Perhaps if Michel Foucault was still alive, he would have definitely taken back his words and would have never praised the so-called “political spirituality” [9] of Iranian revolution in 1978.

[9] Afary, Janet, and Kevin B. Anderson. Foucault and the Iranian revolution: Gender and the seductions of Islamism. University of Chicago Press, 2010.