Ashok S Chousalkar is a former Professor and Head, Department of Political Science, Shivaji University, Kolhapur, Maharashtra. He is the Editor of the Marathi quarterly journal Samaj Prabodhan Patrika. He is the author of multiple books in English and Marathi. He has received a number of literary awards for his contribution to Marathi language, including Maharashtra Foundation Award in 2000, Yashwantrao Chavan Award by the Government of Maharashtra in 2004, the M. P. Goenka Award of Maharashtra Tatvadnyan Parishad in 2010, the Bhauji Huddar Award of Vidarbha Sanshodhan Mandal Nagpur in 2012, and so on. 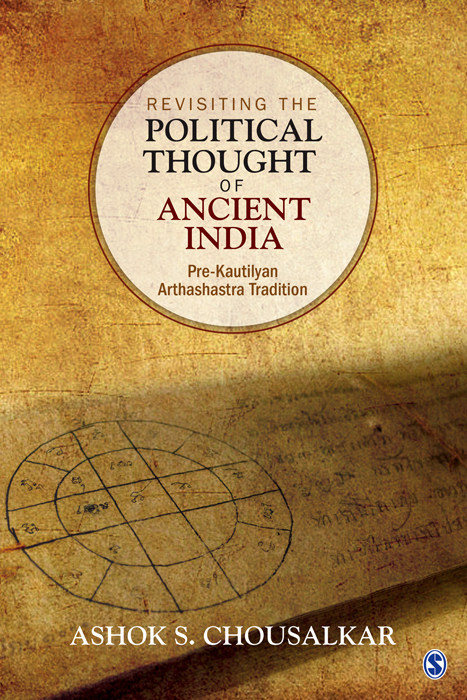 Ancient Indian political thought is one of the important parts of world Political Science which have originated in Sixth century B.C. and the last book on it was written by Malhar Ramrao Chitnis in 1810. The dominant theme of the Hindu thought was influenced by Dhamashatra tradition which held that the purpose of the state was the maintenance of Dharma and protection of Varna order. There was a deep impact of the Hindu metaphysical ideas on it. The study of pre Kautilyan Arthashastra tradition was neglected and later on hegemonically appropriated. In the light of its salient features, we have to rethink nature of Ancient Indian Political thought as there is a considerable departure from the dominant Dharmashashtra tradition.

Following can be considered as the salient features of Arthashastra Tradition:

The Arthashastra emerged when there was great intellectual ferment, the old ideas and the dogmas were challenged by new thinkers. Gautam Budhha, Mahavir Vardhaman, Makkhali Gosala and the Lokayata teachers were prominent among them. In India at that time, there were large number of Janapada states and sixteen maha Janapadas. These states offered valuable information about functioning of the state. Some of these states were monarchical and some were republican. Many of them were democratic states. These states proved to be a laboratory for the teachers. They carried out inductive investigation in the phenomenon of state and derived useful conclusions. There were three sets of people who were instrumental in constitution of the Shastra. The first set was that of wandering teachers, the second set was that of royal priests and the third set was that of the ministers of the king. The wandering teachers were free thinkers and their ideas were revolutionary. They used to move around with hundreds of their followers and held discussions on different secular issues in the ‘Kutuhal Shalas’ which were constructed to facilitate these discussions. Many of these teachers were supporters of Lokayata ideas. The royal priest during the Vedic period were influential because during that period, the Vedic mantras were considered as protectors of king’s interest. Royal priests were experts in performance of Yagnyas and magical formulae which are described in the ‘Atharvaveda’. Due to his expertise in Vedic mantras, priest was closest advisor to the king. Shukra and Brihaspati – two originators of Arthashastra tradition were the Purohits of the king. Subsequently influence of Vedic dogma decreased and the Purohits had to supplement their old knowledge with actual functioning of the state. They had to adopt secular attitude. The ministers of the kings were experts in managing affairs of the state. They had firsthand experience of running state. They had a sharp intelligence and they could develop different policy alternatives at the time of difficult political situation. Ghotmukha, Vatsakara, Yogandharayan, Katyayan and Dirghacharayan were the prominent ministers. In the Ramayana, there is a mention of minister Jabala who was a Lokayata teacher. According to Kautilya, there were two types of teachers. The teachers who have practical knowledge and the teachers who have theoretical knowledge. The wandering teachers were experts in theoretical knowledge. Ideologically most of these teachers were influenced by Lokayata philosophy.

According to Kautilya, the king should study philosophies of Sankhya, Yog and Lokayata. It is also called ‘Charvaka Philosophy’. Following are some of the salient features of this philosophy:

These ideas of Lokayata philosophy influenced Arhtashastra teachers. They borrowed their methodology from Lokayata philosophy. Both of them considered development of varta (means of livelihood) as a necessary precondition for prosperity of the kingdom. Arthashastra was a social science therefore they relied upon history as a main source which was not approved by Lokayata teachers. In the later phase of development, some Arthashastra teachers made compromises as far as varna system was concerned.

The Arthashastra  teachers wrote books in prose and verses. Prominent among them were Manu, Brihaspati, Shukra, Parashaha, Bharadwaj, Kaunapadant, Bahudantin. But unfortunately, all of these books are now lost forever. Manu’s ideas are quoted in Arthashastra, Mahabharata and Ramayana. He is closer to Dharmashastra tradition. Brihaspati and Shukra who believed in rationalism were closer to Lokayata philosophy and Bharadwaj was the most radical and the most immoral teacher who advocated extreme ideas to destroy the enemy. He said that king should be far sighted like ‘Hiran’, brave like lion, attack enemy like tiger and enter the enemy territory like a snake with ease and without anxiety.

One of the important aspects of the Arthashastra teaching is the concepts of Vijnyanbala and Apaddharma. According to them, Vijnyanbala is strength of intelligence derived from variety of human experiences. It is honey gleaned from different sources. When king is in distress, he should use his intelligence to overcome the danger. The decision should be based upon sheer intelligence and not on brut majority or prosperity. Current understanding of the reality doesn’t require direct proof. There are three types of intelligence. First is Anagat Vidhata buddhi, second is Pratyutpanna buddhi and third is Dirghasutra buddhi. At the time of emergency, the first two survive the situation. The third gets destroyed. Anagat budhhi means intelligence that constantly studied the time and place factors perceived the approaching dangers in advance. The Pratyutpanna buddhi was intelligence that was ready to respond to any eventuality because it had the capacity to immediately perceive danger and devise methods to resist it. Dirghasutra intelligence took time to decide and hence was overwhelmed by dangers and consequently suffered. Bharadwaja often used these terms to explain the situation. The Apaddharma means the duties that are to be performed at the time of emergency. According to Mahabharata the duties of the king during the emergency are not based on principles of morality. The king had to use the Vijnyanbala to overcome the situation. We have a number of animal fables in the Mahabharata that explain the duties of the king during Apaddharma. We can say that this is extreme form of Indian rationalism.

Rethinking political thought of ancient India clearly shows that it was based on empiricism, rationalism and realism. It asserted supremacy of politics and provided positive alternative of development, Vedic rituals and resisted the philosophies of asceticism and fatalism. Even today, its ideas are relevant.