On Dual Citizenship by Susan Hawthorne

Susan Hawthorne is the author of two novels, a verse novel, six collections of poetry, two chapbooks and three non-fiction titles. Her poetry collection, Cow (2011) was shortlisted for the Kenneth Slessor Poetry Award in the 2012 New South Wales Premier’s Literary Awards as well as being a finalist in the 2012 Audre Lorde Lesbian Poetry Award (USA). Earth’s Breath was shortlisted for the 2010 Judith Wright Poetry Prize. She has been the recipient of two international residencies: in 2013 at the BR Whiting Library in Rome to write Lupa and Lamb; and in 2009 to Chennai, India to write Cow. Her fiction works include Dark Matters (2017), a verse novel, Limen (2013) and The Falling Woman (1992). Susan is the winner of the Penguin Random House Best Achievement in Writing, 2017 Inspire Award for her work as an outstanding lifetime contributor to increasing people’s awareness of disability. 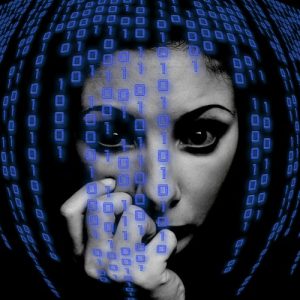 In Australia dual citizenship has played havoc with politicians’ lives over the last year or so. Many had to resign or were forced to because they were dual citizens by inheritance and did not know it or happened to be born a week before legislation would have changed the outcome. Greens Senator, Larissa Waters was born in Canada, but travelled to Australia as a baby and was not aware that she held dual citizenship. Likewise Greens Senator Scott Ludlam was also a dual citizen, in this case of New Zealand and had travelled to Australia at the age of three. At least seventeen parliamentarians at been caught in the dual citizenship net in last twelve months, including the former Deputy Prime Minister, Barnaby Joyce. Politicians from across the political spectrum have been affected including Liberal, National, Labor, Greens, One Nation and Centre Alliance (SA-BEST).

What is not being discussed is that while Australia claims to be multicultural, the dual citizen debate potentially affects the representation of multicultural Australia. The first round of dual citizen casualties were mainly of Anglo origin and from Canada, UK and New Zealand. But given the difficulty of getting information out of some governments it is quite likely that dual citizens will find it so hard to get confirmation that they no longer have dual citizen status that they may well decide not to bother standing. There are many gains to be had with a parliament that recognises dual citizens (while insisting they declare any conflict of interest).

A parliament in which dual citizens are allowed might be more multilingual and be more engaged with international politics. Dual citizens can declare in which country they will vote and have this noted on their electoral roll. Most of the problems raised can be sorted out administratively, but they take intention on the part of politicians and government institutions.

There are philosophical issues here too. What does it mean to have divided loyalties? Many people live quite adequate lives with loyalties to a number of different political or social groups. I would rather see stricter rules about who can register a company in Australia (which is very lax) than to see people with dual citizenship left out of the political process.

While I take the point that in the event of wars against other nations who have people in parliament, it might cause problems for the parliament. But there would be other ways of dealing with this. It would be reasonable to have all parliamentarians declare their dual citizenship. In the event of a war, say with New Zealand, the dual citizens would have to step back and declare a conflict of interest. But it could also have positive results in cross-border negotiations where one politician understands well the needs of both countries. And on the declaration of conflict of interest, this is already required in relation to commercial conflicts of interest in the Australian parliament. How hard can it be to introduce it in relation to citizenship?

I have two reactions to this. As a feminist who believes that nation states are simply modern-day patriarchal castles in which the ruling class kings – men, colonisers and the rich – get to make the rules and the wars, I am in total agreement with Woolf and would prefer a world without nation states. I am, however, aware that until we have a major outbreak of peace and an end to capitalism, racism and misogyny, along with patriarchy, it is highly unlikely and would fail if tried.

Patriotism and loyalty are traits demanded by domineering patriarchal leaders. We can see it in the demands of strong men leaders or authoritarian groups such as Daesh or the Klu Klux Klan. What we demand in liberal ‘democracies’ is simply a watered down version of these domineering ideologies.

My second reaction is to say that we do all have nostalgia for homeland. And for peoples who have been dispossessed of land, particularly Indigenous Peoples or those who have been forced from their homeland as refugees, the notion of country is intensely important.

Therefore, it is not sufficient to simply say ‘my country is the whole world’ as it smacks of entitlement. Nevertheless, in a world in which war and competition are not the norm, it might be possible. We would need to begin working together, genuinely. Given the likely problems of impending climate change, this philosophical attitude might become necessary for survival.

In an ideal world a negotiation could be made so that traditional owners get to have their relationship with Country recognised, while allowing people to move freely (I do not mean plunder freely). Perhaps a crazy ideal, but one worth considering.