Some thoughts about identity and citizenship by Dr Greta Sykes

This is Greta’s second article on the contentious issue of dual citizenship. Her first article can be found HERE. 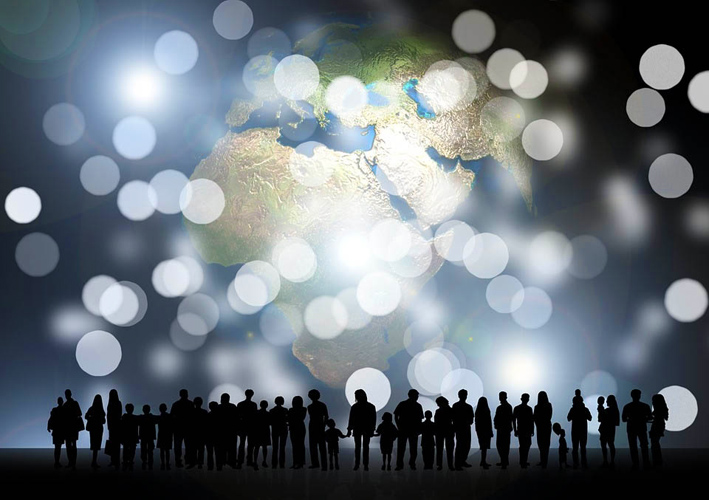 Identity is fashionable in Metropolitan circles, the more specialised the better. A sense of identity is at the heart of what makes us human, and citizenship denotes our belonging to society. How do both affect us in our daily lives?

In 1980 I was obliged to give up my German citizenship because I had requested ‘Naturalisation’ to become British. I was making sure that I could carry on living in Britain with my two children. Dual citizenship within Europe became legal in 2007. The BREXIT vote was a wake-up call for me, as it was for many other people. So a year ago I started the process of regaining my German citizenship. I thought this might be a speedy process. I have no family from another nation or culture. Mother, father and grandparents on all sides were German. I went to school and university in Germany and lived there until I moved to London in the 70s.

It is now a year later. I have had no communications from the embassy apart from telling me that the process takes a long time, perhaps two years. The documentation required was extensive. It included writing a CV in German, declaring that I am fluent in German, that I have German family who is still alive and that I should be of cultural interest to Germany. I had to send copies of school examinations and details of my studies.

The story of a colleague of mine is different. She also applied for German citizenship at about the same time as I did. Her Jewish father lived and died in Germany. She never lived in Germany, does not speak German and has no intention to live in Germany. She received her citizenship papers within three months and is now the owner of a German passport. Neither of us were alive when the Nazis governed Germany. When I raised this matter with the embassy they declared that it was part of the German legal system that Jewish people will be treated differently. There are two aspects to this. Firstly, the requirements in her case are substantially reduced. Secondly, her process is dramatically speeded up. Common sense would suggest that someone who was brought up and educated in Germany would result in a speedy process. Both cases indicate that politics and a certain lack of transparency are part and parcel of such applications.

Few people would dispute that a passport is possibly the most important document a person owns. Without a passport one is a nonperson who belongs nowhere. No embassy will assist you if you are in danger. No hotel will offer you a room, unless you have money. You are stranded. There exists no international passport for anyone. You are always the citizen of a nation or two, sometimes more. The nation state as such is a person’s home in the wider sense, after their family. Globalisation exerts enormous pressure on the nation state to relinquish its power over citizenship as it requires the free movement of people to achieve cheap labour markets wherever they want them. The migration of citizens from the Middle East due to wars is a case in point. Angela Merkel herself stated that Germany needs workers and the welcome culture was created in 2015. The BAMF, federal office for migration and refugees, was completely overwhelmed by the task with members of staff badly trained to cope with the demands. In May this year it was found that the irregularities of names and details of individuals were in the thousands. The number of migrants receiving German passports or other legal documents pertaining to their ability to remain legally the in country is not counted but alluded to in newspaper reports. It has been reported that people willingly destroy their identification papers in order to receive new legal documents and at times have several different personas. This was the case with the terrorist who drove a lorry into a Berlin Christmas market at the end of 2016. In government documents it is stated that a person can receive the German passport after living continuously in the country for six, seven or eight years, suggesting the rules are flexible and can be used according to circumstance.

The examples illustrate that politics are deeply entwined with the law. An interpretation of history and global political influences affect how politicians change, adapt and use the law as they see fit. Turkish citizens achieved the right to dual citizenship in 2014 in spite of not being part of Europe. Dual citizenship may mean dual allegiance. German Turkish passport holders are allowed to vote in Turkey. This happened recently. It was found that a higher percentage of Turkish people voted for Erdogan in Germany than in Turkey. How do Turkish people in Turkey feel about that, or, for that matter, Germans in Germany? It appears that the freedom, liberalism and relaxedness of the German society is enjoyed while at the same time declaring allegiance to Erdogan’s restrictions of human rights. Not surprisingly, it led to misgivings.

Cultural identity is recognised as a vibrant force in society. While the diversity of cultures can enrich a society as long as the willingness to assimilate is given, it can become overpowering to the national culture and can then be perceived as a threat and a danger to the survival of national traditions which form the bedrock of a sense of belonging for many, in particular those who have never moved abroad. The jetsetters may not feel affected by such change. In the UK we have long witnessed the disappearance of Christmas with all its special features of angels, cribs, Christmas plays and songs for the sake of some general, bland, anti-cultural revelling mainly involving shopping. It is deeply human to feel a sense of belonging, trust and closeness with the culture of one’s childhood, yet the commercial and political toying with cultural diversities – aimed at selling us globalisation and the domination of global capital – is pushed into people’s lives leading to a sense of alienation.  Similarly, religious groups vie to influence people’s behaviour and culture, women being the classical target and the burka and veiling a prominent aspect of it. Under the guise of cultural diversity ancient customs of ownership of women by men is making its comeback together with Sharia law and polygamy. The acceptance of such discrimination by the media and politicians indicates whose side they are on: The hegemonic drive for globalisation by big business is supported by them. The derisive comments from Boris Johnson about the burka have to be seen in the context of his aim to become PM at all costs.

Once it is recognised that the law as it stands is an instrument which can be bent and twisted according to political whims and power games, it becomes apparent that dual citizenship is a small part of a larger complex. As David E. Morgan mentioned in his article on dual nationality dual citizenship can offer advantages. One can request the help of the one or the other nation in cases of danger. One can use one passport or another one for ease of travelling. If military service is an aspect of one country – as it was for Turkish citizens – once they have the dual citizenship they can avoid it. It can allow citizens to have access to health care and may include being able to influence elections in two countries. Disadvantages may involve feeling little allegiance to one or the other nation with possible negative effects. A 2007 academic study found that dual citizenship had a negative effect on assimilation and political connectedness of first generation Latino immigrants in the US. Being able to vote in two countries could be termed an injustice and not fit for democracy.

But deeper issues are also at stake for the person who has dual citizenship. They may suffer from identity confusion over which national culture they should feel allied to. They may spend years dithering between the one and the other which could lead to depression and isolation. I have my own experience in this area and can report that at times I felt bereft of both my childhood culture while not feeling at home in my adopted culture. Last not least there are language issues which can be painful, if a loss of one’s own language is experienced. Similar to many other poets who are ‘bi-cultural’ I have used my ‘permanent stranger’ status to write poetry and study the world from an outsider perspective.