One face, two votes – a conflict of interest?

Mark Ulyseas – I personally believe that dual citizenship with its ‘right to vote’ is a travesty because it gives a dual citizen undue advantage over those that possess only one citizenship. I wrote to David Morgan (professional editor, journalist), Dr Greta Sykes (Poet, Writer, Artist) and Vivek Mehra(Author, Pathfinder, Managing Director and CEO of SAGE India)  requesting them to answer the following question and to provide their valuable input on other matters related to this contentious issue:

(Note: India has a good system: though it doesn’t permit dual citizenship it grants special status – ‘Overseas Citizenship of India’ (OCI). Each OCI gets a special id. It entitles an OCI to live in India indefinitely without a visa, do business, marry, buy property (except agricultural property) etc. But it disallows voting rights/holding public office/or government employment. India has agreements with a number of countries on double taxation.)

Why can’t other governments follow the Indian model to avoid facing the apparent growing concern of people with one citizenship towards those who possess more than one citizenship – The rising tide of distrust, the question of loyalty (especially during elections) and the oft repeated allegation – evasion of taxes by dual citizens. Coupled with these problems is another volatile situation – the unchecked influx of illegal immigrants, and illegals already in a country working below the minimum wage and being exploited by unscrupulous people.

The following is Vivek Mehra‘s insight into this contentious issue. 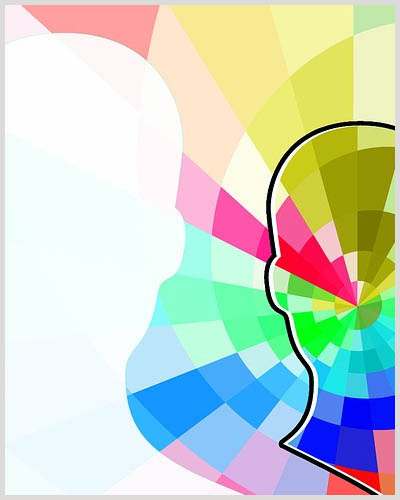 The question of dual citizenship hinges on the definition of the term “Citizen”.

The most common definition I have found is the one describing the citizen as belonging to a particular country/nation.

The concept of dual citizenship is therefore a technically wrong one. There could be many reasons why a country would allow its citizens to concurrently ‘belong’ to another country. It is this selective acceptance of citizenship that creates the hurdles in our thinking and what is seen in practice. A simplistic approach to rights of a citizen would be to classify rights as those that help the citizen be an active participant in decision making that affects him and his family directly. The right to vote for a government is thus given to those who are affected directly by the decision of the elected authority.

The question on disadvantage and advantage of dual citizenship is best viewed from the lens of collective decision making. People who don’t live in a country but have some affiliation to it, are not directly affected by decisions an elected government makes. For this reason alone the right to vote must be restricted to permanent residents of a country. There are many approaches to dealing with this problem. There isn’t any one approach that seems to be fool proof. But citizens opting for dual citizenship need to be prepared for this ambiguity.

Voting rights extended to non-resident citizens is clearly a practical conundrum more than a moral one. The resident is most affected by any decision a democratically elected government makes. His pain comes well before that of a non-resident. On this ground alone dual citizenship should rightly continue to deny rights to non-residents to vote.

There are the other moral rights that need to be considered.

What works for a country is relevant to the country’s creation, resources and overall ability to provide for its citizens.

Vivek Mehra comes from a family of textile manufacturers who pioneered silk screen printing in India. His business education began in family-owned textile mills long before formally beginning in New York. On his return to India in 1987, he spent four years working closely with the Central Food Technology Research Institute of India, Mysore and helped setup India’s first commercial fruit dehydration and preservation unit. The Government of India acknowledged his efforts and thanks to him, thousands of farmers across the grape growing belt of Central India today reap the benefits. In 1990, he was awarded the ‘Vijayshree’ by the Government of Maharashtra for simplifying complex dehydrating technology thus ensuring a brighter future for even small farmers. In 1999, he left the field of food processing to spend time on researching chemical formulations that had thus far remained the preserve of large corporations in the developed world. His work on ultraviolet detectable inks and gel based stamping systems laid the foundation for these product lines in India. Vivek pursued his passion for writing by joining hands with IDC Technologies, an Australian company and a market leader in providing workshop based training to engineers and technicians. He set up an India based unit to support the growing need of producing courseware for the company. In 2003, he became a trainer and exclusively handled workshops in New Zealand, Canada and UK. In July 2013, he self-published his maiden novel, ‘Seven Shades of Grey’ a fictional story of lives intertwined and reality blurred, originally written in 1999, which no publisher wanted to publish. He joined SAGE India as Deputy Managing Director in September 2005. On 1 December 2006, he officially became Managing Director and CEO of SAGE India. Today the company has close to 500 employees across 4 offices and sales reps based at remote locations across India. Vivek Mehra is the recipient of the “Sharda Top Rankers Excellence Award for Visionary Leadership” in January 2016. He is the visiting faculty at Ambedkar University Delhi and teaches courses at Post Graduate level. Vivek has also served as the Vice President, Association of Publishers in India and is on the committee for CII and FICCI on IPR, Copyright, Higher Education. He is also an appointed member of the Editorial Board for the Association of Learned & Professional Society Publishers’ (ALPSP) journal, Learned Publishing. Vivek Mehra has an MBA in Marketing from Columbia University, New York and a B.Sc. in Textile Technology from the Fashion Institute of Technology, New York. In 2018, he was awarded a Post Graduate Diploma in Intellectual Property Law from the University of London.