Father Ivo Coelho earned a PhD in philosophy at the Gregorian University, Rome, for his work on the hermeneutics of the philosopher and theologian Bernard Lonergan, SJ (1904-1984). After teaching philosophy in Divyadaan: Salesian Institute of Philosophy, Nashik and holding various offices in his religious congregation, in Nashik, Mumbai and Jerusalem, he is currently based in Rome, where he is in charge of the sector of training and formation for the Salesian society of Don Bosco. Besides his interest in Lonergan, he has also edited collections of the essays of the Indologist Richard De Smet, SJ (1916-1997). 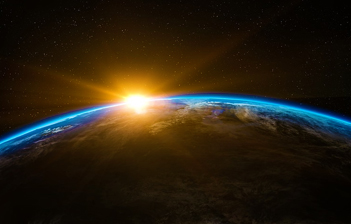 I am tempted to say that the topic of science and faith, or science and religion, is “an easy one.” I know there have been dreadful to do’s on the point: the Galileo case and the Darwin thing come obviously to mind.

I am also aware that, while most people are by now quite reconciled to the point that Galileo was making, and while Pope John Paul II also tendered a sort of apology for the case, evolution is still a sticking point for many – despite the fact that the same pope also made significant openings on this topic.

The relationship between science and faith is not necessarily a Christian issue. It is, to the best of my knowledge, equally relevant to religions like Judaism and Islam. I am not quite sure how it would work out within the context of Hinduism or Buddhism, these being religions of a significantly different kind. And then heliocentrism and evolution are not the only topics in this area, but they are the ones that come most readily to mind, and, at least to my mind, the attitude one takes towards them is quite symptomatic or, better, representative of the attitude one takes on the issue of the relationship between science and faith in general.

My conviction is that we are dealing with two quite different fields when we talk about science and faith, or science and religion. Methodologically speaking, empirical science is governed by what Bernard Lonergan calls a canon of selection: only theories, laws, hypotheses that involve sensible consequences qualify as scientific.

The major point is that theories, laws, hypotheses that do not admit of sensible consequences are not therefore ruled out of court as nonsensical, meaningless, irrelevant or stupid. What follows from the canon of selection is merely that they do not qualify as belonging to the natural sciences.

From a common sense point of view, even after we have thoroughly accepted Galileo, it still appears as if it is the sun that rises every morning. And here I love the distinction Lonergan makes between description and explanation. From a descriptive point of view, he says, it is true to say that the sun rises. From an explanatory point of view, however, things are quite different, and we have to admit that it is the earth that moves round the sun. Galileo had the signal merit of initiating, while not being fully aware of what he was doing, the shift from description to explanation. That shift is, to my mind, absolutely vital.

I enjoy asking my students as they are seated comfortably in class whether, at the given moment, we are at rest or in motion. Most jump at the obvious answer: we are at rest. But it takes only a moment to realize that, if we believe all that we have been taught, we are in motion: we believe that the earth is in motion, and that it is in fact hurtling at breakneck speed through space, while at the same time turning around on its axis.

Things become even more complicated when we realize that the entire planetary system is itself in motion, spiralling towards some point and perhaps expanding ever ‘outward,’ whatever that might mean. So here we are, hurtling through space, and yet, for all practical purposes, completely at rest.

So what’s the story? Are we moving or are we at rest? And so we come to tiny realizations of what Newton might have meant when he talked about inertia: the same laws hold whether a body is moving or at rest, provided the motion is uniform. I love inertia: it is because of inertia that I am able to eat in a moving train or plane, otherwise you can imagine your coffee remaining back while you move forward….

I hope all this is not baffling, but the point is that there is something peculiar about uniform motion. Despite what Aristotle thought, uniform motion does not have to be explained, it has no cause. It is only acceleration – and by acceleration I mean here simply ‘change of motion’ – that calls for explanation.

Lonergan puts it elegantly: there is a lack of intelligibility in uniform motion. That same lack of intelligibility is what is probably at the bottom of Einstein’s paradoxes. I am far from claiming that I understand anything of what Einstein was saying, but I do remember reading about one of his thought experiments that ran like this: Imagine you are in a spaceship in uniform motion. That spaceship has only one window, and through that window you can see another spaceship, also moving at the same speed and in uniform motion. There is nothing else that you can see, no other points of reference. And then you ask yourself: are you moving or are you at rest? And you realize: does it matter?

From an explanatory viewpoint, things are far more complicated, but that complexity has to be faced if it is true that the earth is round like the outside of a football and if people in Australia don’t keep falling off. Once again, one begins to get a glimmer of light when one suspects once again that up and down are perhaps – merely relative. 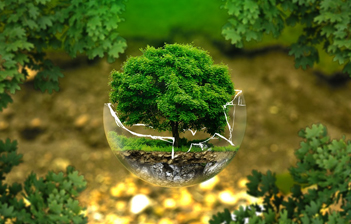 The Galileo conflict was handled when the churches realized that God might not have intended the scriptures to be repositories of any and every kind of wisdom. The God who revealed the scriptures also is the creator and origin of human reason and it stands to reason that there should not be any ultimate conflict between the one and the other. The Second Vatican Council put it thus: the purpose of the scriptures is to teach truths concerning salvation – and not, therefore, to take over the role of the empirical sciences.

On the other hand, the empirical sciences deal with what Lonergan calls ‘immanent intelligibility,’ which is what Aristotle used to call the ‘formal cause,’ whereas faith and religion are concerned with ultimate intelligibility which at least in some way overlaps with the question of efficient causality.

Understanding the intelligibility of a circle does not mean one has answered questions in the area of efficient causality. Answering the question, ‘What is a circle?’ does not constitute an answer to the question, ‘Who drew this particular circle?’ Much less does it make the latter question irrelevant, insignificant, meaningless or nonsensical.

And even when they seem to raise questions of efficient causality, as in the case of scientific cosmologies that ask about the origins of the universe and go on to speak of Big Bangs and singularities and oscillating universes and continuous creation, they are by their very canons restricted to the realm of the sensible.

In other words, there is no way that empirical science can make the shift into metaphysics without violating its own canons. This is not to say that there are no scientists that attempt this shift. There are. But it has to be recognized that they are making category mistakes, if you want to be polite, or simply indulging in illegitimate crossovers. They allow, in other words, their reputations as scientists to wash over into claims that are, properly speaking, beyond the domain of science.

So to my mind, neither the Big Bang Theory nor the Oscillating Universe theory nor the Continuous Creation theory have anything to say one way or another about the metaphysical or the religious doctrine of creation.

And even if, as Stephen Hawking tells us, the universe is proved to be eternal, the metaphysical question of creation does not cease to be relevant – as even a glance at Thomas Aquinas might have shown the great scientist. Aquinas long ago said that, even if the universe was eternal in time, we would still have to ask the question, why is there this universe rather than nothing. The question of creation, in other words, is quite a different cup of tea.

Similar thoughts about evolution: Without wanting to defend all of Darwin, it would appear to me that there is overwhelming evidence for an evolutionary world view. And whether the world manifests an evolution, or whether instead, in a most unlikely scenario, it emerges all ready made and static (and this very way of talking is problematic), all this has simply nothing to do one way or other with creation – because evolution is a scientific hypothesis, and being a scientific hypothesis, it deals once again with immanent intelligibility, and neither raises nor answers nor in any way rules out of court the question of ultimate intelligibility: why is there something rather than nothing.

On this topic, one of the most neglected intellectual contributions is that of Lonergan who, in the early chapters of his little book Insight, presents a devastatingly beautiful explanation, on cognitional rather than sense-empirical grounds, of an evolutionary worldview, which he calls the worldview of emergent probability. Required reading on this topic, to my mind, and well worth the time and energy.

Science and religion have been involved in celebrated conflicts which have in the end contributed importantly to clarifying the methods and limits of each, leaving each, hopefully, wiser and more serene. Or at least that is what I feel.