Margi Prideaux an international wildlife policy writer, negotiator and academic, with a PhD in wildlife policy and law. She has worked within the conservation movement for 28 years, writing to inform policy audiences in more than 20 different international conservation processes. Her recent books Global Environmental Governance, Civil Society and Wildlife and Birdsong After the Storm speak to the need for local community participation at the international governance table to secure what is precious in the face of an unprecedented ‘storm’ of environmental and political change facing the world. Two new books, Shock and Awe: The global assault on wildlife and where to find hope, co-authored with Donna Mulvenna, and Wild Tapestry: Weaving Wildlife Survival, will be released in 2018.  Her articles are published on openDemocracy, Global Policy, AlterNet, Zoomorphic and Ecologist and a number of academic journals. As well as writing, Margi divides her time and affiliation as the Policy and Negotiations Director with Wild Migration, and as a Research Associate with the Indo-Pacific Governance Research Centre. Find more about Margi’s work and her writing at www.wildpolitics.co

There is a wisdom that comes with age–if you are an elephant.

As she steps over the crest of the hill, her old ears catch the deep roar vibrate over the plains. She stands granite still, while the breeze flows over her massive frame. Ears stiff and extended, she raises her giant head, listening and thinking. With experience and seasons behind her, she is the head of her clan–their matriarch, their leader. She knows, even a single male lion is formidable when hunting their largest prey—young elephants and buffalo. Long ago, mothers and aunts showed her there was a subtle difference in lion roars. As seasons passed she became adept at detecting the danger each carries. Listening, she knows the sound is not lionesses on the hunt. It’s a male, and she signals the clan to bunch together. Everyone obeys. Their combined strength and dangerous weaponry are a formidable opponent to any hunting male lion; if they are prepared. Less experienced, younger matriarchs, not yet tuned to the subtle cues, often mistake the danger, and suffer the loss of the clan’s babies.

She is confident and sure about this threat and so much more. She has wild wisdom. Where to find water in difficult times. The individual calls of at least 100 other leaders. When a suitable bull elephant is in musth. This is wisdom born of experience and accumulated knowledge, from mothers and aunts and the passage of her long life. This frames the culture of her clan.

Until recently, the scientific community would scorn this form of short story as emotional–attributing human behaviour to animals. Serious biodiversity science counted and tracked the components of an ecosystem, maintaining genetic diversity as a sheer numbers game. They viewed animals as little more than instinctual automatons. Now this elephant story can be accepted as a creative interpretation of fact, because science has recently evolved.

When a person watches the wildlife around them, they don’t reduce the birds or beavers to numbers. They don’t see wildlife as organic machines. They watch and enjoy the interplay between the individuals. They recognise communication, embarrassment, and empathy.  Sometimes a clear hierarchy between individuals can be seen. What they are probably watching is what scientists call social complexity. They may also be watching a unique culture within that small population as well. Culture is the information or behaviour shared by a community and gained through social learning from other members of the same species.

While the event of the elephant matriarch protecting her clan from a lion might be quite different to normal human life, the relationships within the clan have similarities we can recognise. We learn from each other as we grow. We act as a group to protect what is important to us. We respect the knowledge of wise elders.

How close you stay to your mother matters. Although weaned and no longer needing her mother’s daily care, she hugs close as the group moves through the icy waters. Her white, torpedo body is thick with blubber to protect her from the deep cold of the sea. Leaving the shallow estuarine bay where they spend the summer, her pod is travelling north, to spend the next season diving deep to fish. The beluga pod comes alive with clicks, pulses and whistles as they set of. She’s been on this journey twice already, but there is still so much to learn, and she watches and listens to the cues of elders around her. While she may not suckle from her mother any more, she still needs help to forage, to stay safe, and to not become lost in the pack ice.

This year is different to the previous two. The sea ice has retracted, and her pod follows the ice into deeper open water. She has never ventured here before. This is not the route she knows. She is learning it is important to follow the ice. Her family’s knowledge allows flexibility and plasticity in the face of dynamic conditions. Her mother and her mother’s mother have already experienced dramatic physical changes within their lifespan. The culture of their migration may include changes in course, but journey’s end remains the same.

For a long time scientists seeking to break from the automaton mould, focused on measuring animal intelligence against our own, reasoning if they could demonstrate scales of intelligence respect might be attributed to the species being studied. In labs and zoos, they conducted mirror recognition and tool-use tests, with experiments designed to evaluate how well animals completed these tests compared to humans. Elephants and dolphins had dots painted on their heads and were enticed to look at themselves in mirrors. Monkeys were given puzzles that needed them to use a tool to uncover the treat contained within a box. These trials were all foreign to the animal’s innate abilities–elephants and dolphins don’t come across mirrors in the wild, and monkeys don’t routinely play with boxes–but the tests were what could be done in captivity. It was a start.

Studying wild animals requires a different form of science that considers the complexities of wild lives in their own right. No appropriate human comparison exists for the annual migration of whooping cranes, the foraging behaviour of a dolphin pod, or the way gorillas travel sideways around mountains, from one location to the next, foraging and making beds each night as they go. To uncover social complexity and ultimately culture in these and other species, scientists had to investigate the mysteries of songs, play, group movements, and communication. They discovered displays of social sophistication are more common among animals than science previously thought.

For instance, culture in whales and dolphins expresses through songs, migration patterns, foraging techniques, play, and coda dialects. Their socially learnt behaviour forms a rich tapestry of difference between families, pods and species–it forms cultures. And, culture matters. It affects how well social groups respond to change. It allows them to make use of resources that differ over large areas and long time frames. It allows groups to adapt to changing conditions. There is strong evidence that the quality and nature of social relationships has measurable fitness consequences for a range of species. For some, protecting individuals that are the repositories of social knowledge, such as knowledgeable elders, may be just as important as protecting critical habitat.

Peace is survival. He knows this in his core.

The day was bright and the ground covered in fresh white snow. It crunched with each step as he’d circled his elder. As he had grown over the past two seasons, the same alpha male had been leading the wolf pack. Bellies were full. Pups were born, and were growing strong. The pack’s territory was secure. But, today he felt youthful power in his frame. It was time to challenge the older male. Confidence soaring, tail high, he asserted his contest. The alpha, annoyed, gestured for him to stand down. Overconfident, he didn’t heed the advice. With lightening speed, the stronger male launched towards him. Chest full of vibration with a deep menacing growl, the alpha’s weight had rained down. Pushed to the ground, snow sprayed into the air, as the two animals rolled into a fighting embrace. The alpha grabbed the rough of his neck and bit down hard. Fear coursed through his body. He was outmatched and in grave danger.  Desperate to bring the fight to a stop, his heart pounded. He knew he must twist onto his back, belly and neck exposed, tail clamped tight and submissive between his legs. He did. The older male stood, hackles up, and towered over him for a heartbeat, then two, before turning away.

Bruised and sore, he now rolls carefully onto his belly, and creeps towards the alpha, body lowered, and ears turned back. Greeted with a warning snarl and exposed teeth, he reaches out his nose to the other, and licks around his elder’s muzzle. ‘I am sorry. Please forgive me,’ his gesture asks. Permitting the approach, the alpha replies ‘your apology is accepted’. The wild wisdom within the pack knows dissipating tension avoids further violence. It is wisdom he has learned. Minutes later a chorus of howls rolls across the snow covered hills, as the pack readies for the hunt. He has deep pain in his shoulder and along his side, but he lifts his nose gratefully towards the sky to join the song. Peace is survival.

In April 2018 a group of international experts in behavioural ecology and conservation biology met for a workshop under the auspices of the Scientific Council of the United Nations Convention on Migratory Species (CMS), in Parma, Italy. This was their second meeting, and they were there to examine the implications of wildlife culture and sociality for conservation. Not surprisingly, they agreed that human activities that disrupt the social fabric of socially complex species can have severe impacts–because individuals matter. It might be a dam we erect, or the animals we hunt.  It might be fishing nets left to float in the sea. Where social information is important to the survival of a social group, if we remove an individual holding important social information it can have consequences beyond simply reducing absolute numbers of the species. It can have repercussions for the transmission of threat knowledge, migratory routes, or behaviours critical for populations to thrive. We have likely been exacerbating the impact of our actions, by killing those that hold wisdom in the population.

Looking at groups of animals in this way is a profoundly different approach to wildlife conservation. It means we can’t reduce populations of animals to mere numbers. We can’t presume anything at all. We have to understand the social complexity and culture in play. At the close of the meeting Bradnee Chambers, CMS Executive Secretary, remarked the pioneering work of this group of scientists ‘could have fundamental repercussions on how we approach conservation.’

It is an exciting time to watch conservation science evolve, and for the complexity of wild wisdom to be acknowledged and respected. The science shouldn’t really be a surprise to anyone who has watched wildlife interacting. We all see the breathtaking array of learned behaviours, interactions, and wondrous communication. We’ve just had to wait for science to catch up to our unscientific observations. That day has arrived. Science is following our path. 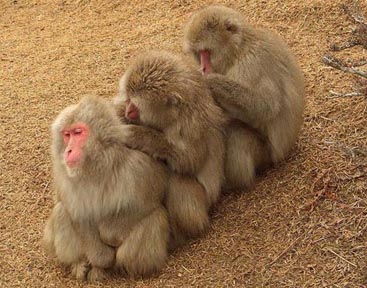