The sea: A personal journey – Text and Photographs by Andrea Lamberti

Introducing a new photo series by Andrea as he explores his local coastline and his relationship with nature. (see the PDF)

Andrea Lamberti is a nature photographer and a vegan. As well as supporting his physical health, Andrea found veganism is naturally aligned to his philosophy of living simply and minimally, allowing less packaging, chemicals and processing, and avoiding the unnecessary commodification of animals. Andrea documents the geography and underwater plant and animal species of his local coastline, to explore his relationship with the natural world, and his belief that humans should inhabit the planet primarily as curators rather than as consumers.

I once snorkeled in Crete and Sicily where I was arrested by the site of the underwater world, as it teamed with life beneath the briny surface. Those experiences planted a seed of intrigue regarding the ocean in my home country, the United Kingdom. While these isles have an astonishing 12,500 kilometers (8,000 miles) of coastline, I had only viewed it from above the water.

It’s very easy to be complacent about nature in our immediate environment and cast aside the true beauty of what is on offer on our doorstep. In Britain, due to the largely cooler temperatures, I once believed that few plants and animals would flourish here, and that dull colours would reflect the often-murky waters. Yet what lies beneath contains a myriad of inhabitants, vibrant hues and wonderment. Sea creatures such as blenny fish and shrimp, plant life from seagrass to kelp, and rock formations with spectacular rays of dancing light, have all greeted me.

There are over 330 different types of fish in British seas[1] and the British Isles is home to more than 650 species of seaweed which create shelter and food for thousands of creatures[2]. The multitude and variety of aquatic species can be hard to conceive of, especially when you look at the surface of the sea and its seeming blanket of darkness and cold.

As I learned to explore my local coastline from below the surface, I encountered scenes that I imagined could only exist across other countries and continents. It is exactly this idea – that you have to travel far away to see nature of value – that this new photo series seeks to challenge. It is not just about personal ease-of-access and convenience, but also about the environment at a broader level: compared to other modes of fuel-based transport, air travel has a greater climate impact per passenger kilometre, even over longer distances[3].

Ideally, we would perhaps all be able to walk to a beautiful stretch of beach, or to a picturesque river or lake, and while I hope one day to find myself living by the coast, for now I am a two-hour drive from several perfect and enticing coastal spots, such as around Swanage, Dorset and Torbay, Devon. Outdoor enthusiastic explorers really need not spend hours or excessive greenhouse gas emissions holed up in airplanes, but can head straight for their nearest shoreline.

Brixham Breakwater, Meadfoot Beach and Anstey’s Cove in Torbay, are easily accessible beaches which offer outstanding opportunities to see aquatic life with only the need for a shallow depth, mask and snorkel, and an underwater camera if you wish to record the seascapes as you float above them. Our lives can be built around incredible experiences which do not need a large commitment in terms of time, equipment, or fees – the sea is one of our biggest free-of-charge playground. 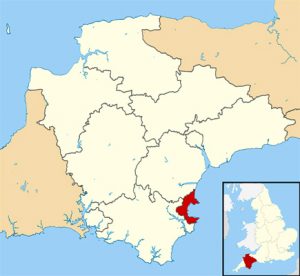 The excitement builds as I ease myself into a 5mm wetsuit to brace me against the cold, I walk toward the shore’s edge, in awe of the ocean and all she contains. As soon as I take a footstep off the shoreline and feel the chill water lapping at my lower legs, I know my long-anticipated adventure is beginning. There’s no comparable feeling to stepping forward and allowing the sea to take my weight, as I fully immerse myself in this most serene and tranquil environment. At times it is like an extended meditation as I focus on, and am drawn in by, all the amazing colours and sights, with the seabed a maximum of 4-5 meters depth.

The creatures have favorite places and routines, just as we do. At Brixham Breakwater for example, while photographing rock-clinging fish called blenny, I met Brutus the seal, who came over to seemingly greet me into his neighbourhood. Bobbing around me until his curiosity was satisfied.

On another trip to Brixham at high tide, I followed a line of rocks to a depth of just two meters where I came across a small group of common blennies that were darting in and out of a cracked rock. I steadied myself using my left hand, my camera in my right.  One of the blennies became inquisitive, and with each tentative dart from the safety of its camouflage, it swam closer to me each time. Before it finally disappeared, it blessed me with a show of bravado, swimming closer and closer until it was just inches from me, an experience I will never forget.

Opening one’s eyes to these delightful interactions in our native land, can bring exhilaration and a new lease of life. Every trip to the sea, offers a new and interesting perspective and I never fail to be astounded by the submerged landscape. Sometimes the conditions are too rough to enter and I ponder instead the power of this other world.

The sea ebbs and flows, knowing nothing of standing still, and is a constantly changing environment. This is made visible through the many and varied plant life which cling stubbornly to rocks and root themselves in the seabed. Plants in a legion of colours – browns, yellows, greens, and pinks – move in synchronization with the water, and many times I have been memorized by the hypnotic sway of these hydrophytes.

My first impression of sea anemones and jellyfish was one of mystery, wondering how such seemingly tropical creatures survive in the cold British seas. I recall my first encounter with these veiled creatures and I came to realize that anemones are not in fact a plant as I first thought.

Like corals, jellyfish and anemones belong to the group Cnidarians, which comes from the Latin cnidae for nettle: all of the animals in this group have stinging cells to capture prey and protect themselves from predators.

A blue-sky day, calm seas and pure anticipation for what an underwater bimble may reveal: encountering any form of sea life in its natural habitat is always an incomparable thrill, especially the first visual of something previously unseen. Recently I encountered the anemones and jellyfish pictured in the following pages. All are common in British waters and the jellyfish glide past seemingly unaware of my presence and intense gaze upon them. I have been stung by jellyfish but it was no more than like brushing past a stinging nettle (their Latin group name being apt in this case) but this has never put me off from swimming with them and marveling at their beauty.

As I ponder on the vastness of our seas, and the many thousands of creatures that inhabit this space, I am left feeling a mere spec – a microscopic dot like the plankton that jellyfish consume. I feel humbled to share this paradise, and to realize humanity’s place within it. Truly beholding one’s native surroundings can be an ongoing adventure, both into the natural world and into our psychology, as we explore our place in the complex ecosystems that surround us.

I do hope this feature has inspired you, as much as it inspired me to share my experiences. Please look out for future photo series exploring eerie panoramas and incredible aquatic life. I wish you all the best in your findings should you decide to further explore the incredible world on your doorstep, and I urge you to take a step back from life and take time to stand still and reflect, by moving within the sea.