Is the personal beyond private and public? New Perspectives in Social Theory and Practice
by Dr Arnab Chatterjee

Dr Arnab Chatterjee is former Associate Professor in Humanities and Social Sciences at the School of Law at Auro University, Surat, Gujarat. Previously he was a Fellow in social and political philosophy at the Indian Institute of Advanced Study (IIAS), Shimla, India. With diverse departmental affiliations and degrees in political science, social work, sociology, history and philosophy, he has been a faculty in pluridisciplinary social sciences at various institutes and universities across India and West Bengal, including Yashwant Rao Chavan Academy of Development Administration (YASHADA), Pune; Jadavpur University, Kolkata; Vidyasagar University, West Bengal University of Technology etc. teaching social philosophy, applied sociology, social work, jurisprudence, political thought, engineering ethics, and more. He has held Ford Foundation and Enreca (the Netherlands) research fellowships from the Centre for Studies in Social Sciences (CSSSC), Kolkata, and the SARAI initiative of the Centre for the Study of Developing Societies (CSDS), New Delhi. His first book Categorical Blue: Personalytic Ethics in Social Work and Other Structures of Helping was published in 2017. 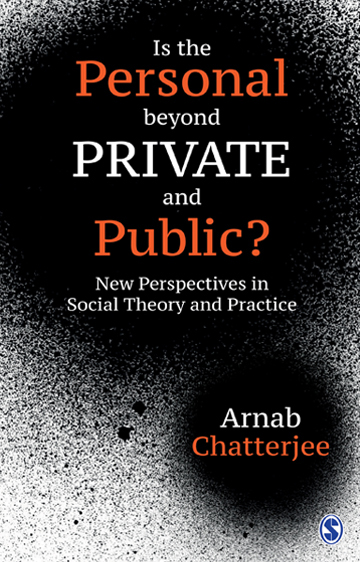 A year ago, in an electronic exchange with a historian I was reminded of that famous fallacious question, “Have you stopped beating your wife?” Since her work harped on presuppositions, she readily argued how in such a question the presupposition that one is (always already) married and one abuses one’s wife is immanent, and how–getting out of the rhetorical trap is nearly impossible: If I say “yes”, that would entail I used to hit my wife; my “no” will mean I continue bashing my wife. My resolution is threefold of which I had quoted just one part in the above exchange: the first is, it is a prototypical personal question which could be easily construed as a personal attack meaning an attack on the persons’ privacy –to whom the question is addressed; secondly,  I could retort in a similar manner: have YOU stopped beating your wife?—and turn the table. Thirdly, and this is a more modest response—which was offered to the historian: if I have a foreknowledge that somebody does beat his wife, then this question would not be illegitimate or a trap—at all. However, what is this foreknowledge? This foreknowledge is personal knowledge—a kind of an a priori which foregrounds all subsequent iterations. (Allen Ginsberg used to say, “Once I’ve known you, I shall always know you!”) This is not a matter of a private episteme—that I should be prohibited from declaring to the public world, or own up the fact completely (albeit—beating each other as a part of organic erotic enjoyment –what shall we make of that?). Similarly, in the world of politics, personal attacks are not always attacks on a person’s privacy, as we are quick to colour them, radically. Infact the intermixing of the personal and the private is a trap and a pursuit, and not the denial of public disclosure of privacies as some would have us believe. The book—a work in progress for over thirteen years– hammers this foreknowledge!

But, at least once in a tremulous life, who hasn’t used private and personal interchangeably? Me too. And more so in an unabashed manner if we were to remain historically modern, still—when history not only gives us a headache, but exorbitantly—becomes one.  “There is no aspirin for the historical hangover.”  Because modernity is well known by its private/public divide where the personal is used interchangeably with the private; even the indigene, vernaculars lack two different words. But is the personal the same as that of the private? This was my fundamental, keen question.  Having begun here—with this “gentle irony”, this   book  transformed itself to have become an intervention which distinguishes the private from the personal– thus introducing and reinstating the personal as the originary ( first) register (before and beyond  the private and the public) to define and demarcate modernity and its  contemporary or post’ avatars.  Unlike the classical plotting of modernity from the personal to the impersonal — I argue– it   is rather   a   journey from (natural) personality (of you and me—human persons) to (artificial or juridical) personality (of the institutions), and not impersonality. This might help us guess–why do institutions burden and bore us? Because they, like persons, imprint upon us –the burden to be “sociable—to talk merely because convention forbids silence, to rub against one another in order to create the illusion of intimacy and contact.” They impinge upon us the repetition of thinking “about pension, rather than death!” Is death personal, private or public? The book elicits a new, eternal quiz.

Private/public being legal juridical categories  have  specific indicators.  The absence  of  these indicators makes personal relationships—like love or friendship remain outside legislation. From the personal attacks in political Greece to the personalist forms of helping in colonial and postcolonial times in U.K or India via cultural vernaculars and history’s darkness–the contingent, arbitrary, whimsical, incalculable and non-juridical movement of the personal runs amok in the book and grounds it.  This outside, contingent, arbitrary, irrational and nonmathematical  movement of the (new) personal that is recovered from the lineaments of the private  is charted throughout the book in an over grasping sweep of nearly all discoursive departments– politics, ethics, history, theory, culture, and Law. An approach which is ‘personalytic’ makes the personal so aggressive and invasive—like never before. The recuperation being complete, it is then interpretively applied to colonial and postcolonial theatres and helping rubrics (from charity to social work) to interrupt the global-universal mechanics.  Therefore, not simply a lexical reordering, the book sees that the new personal is historically recovered, theoretically ‘proved’, culturally debated and practically deployed. In this book I try to correct the perpetual night of a nearly irremediable failure to recover from the modern binary of the private/public (either through alternate privacies or counter publics), and preempt, again for the first time, the philosophical discourse of an alternative modernity; in other words, it rewrites modernity, for the last time! Now, with this new ternary (personal, private, public) being introduced –historically and theoretically- in place of the old (private, public) binary, we are challenged to see modernity and our everyday life in unforeseen, alternate ways.    Are we ready?

And what is the impact—by way of an example? Consider love and seduction; seduction and its laughter: “Laughter is a fraud practiced on happiness” and we are most happy, pace Gandhi (on which a dedicated chapter is here) and De Sade, when we ( gender neutrally) have a whip in hand ( “Yes, I do beat my husband/lover and he beats me, too, and we enjoy!!”)– regulating what Barthes said, a pornogrammar where sex is nearly syntax (which otherwise feeds on private/privacies and remember–crime is deep private and secret): “no longer spoken but acted, a language of crime, or a new code of love, as elaborate as the code of courtly love.” Then personal is equal to (=) love=sex=death? Oh Jesus! “Jesus ‘lack of moral principles’. He sat at meal with publicans and sinners, he consorted with harlots. Did he do this to obtain their votes?” For democracy then, two options remain: one, to be public-ethical – when by trying to institute answerability (lover’s community vis-à-vis other communities, and between lover and lover), we democratically ‘codify’ intimacy.  Secondly, from  the personalytic  ethical  angle, to side with the betrayer  and  change  the conception of betrayal itself,  for when we are allowed to have many friends, but not  many lovers ; one is compelled to hide or betray the first lover   to reach the second one and   so on; continuously done it becomes an enabling  vector. For this, hear a Czech novelist: “Betrayal means breaking ranks…. And going off into the unknown ….. But if we betray B, for whom we betrayed A; it does not necessarily follow that we have placated A….. The first betrayal is irreplaceable. It calls forth a chain reaction of further betrayals, each of which takes us farther and farther away from the point of our original betrayal?” Where?  Our answer is: it makes us love and reach the majority, from one or two, two to too many. In love then not with a (wo) man anymore but with the   simple majority of (wo) men; in love with the   simple majority, in love with the shadows of the simple majority. This is love in the night of parliamentary democracy! This is sex in the days of ‘silent’ majority! In other words, DEMOCRATIC INTIMACY! INTIMATE DEMOCRACY! DemoDemoDemocracy …… DEMONocracy more and more! Yeh (This) ‘dil’ (heart) mange (desires)? More and more.

At the heart of the book is this bleached fatal: an excess that overcomes all normalizations set up by the private and the public. “Come and ‘rehearse the intervals of this utter jubilee.’”