A Non-Jew Who Saved Jewish History by Natalie Wood.

Born in Birmingham, England, U.K., Natalie Wood began working in journalism a month before the outbreak of the 1973 Yom Kippur War. She emigrated from Manchester to Israel in March 2010 and lives in Karmiel, Galilee from where she writes several blogs, micro-fiction and free-verse. Natalie features in Smith Magazine’s Six Word Memoirs On Jewish Life and has contributed to Technorati and Blogcritics along with Jewish Renaissance and Live Encounters magazines. 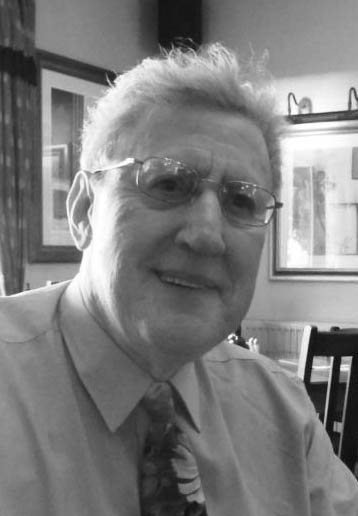 Bill Williams, Founder President of the Manchester Jewish Museum, has died barely four months after the museum was awarded a massive National Lottery grant. The £2.89M gift and other large donations will pay for a total renovation and extension planned to double it in size.

Those who knew the highly respected historian of Manchester Jewry must surely view this sad coincidence as a rousing finale to a terrific career that spanned a near half-century.

I was warmly acquainted with Williams from being a young adult and my earliest reporting days coincided with the initial research for his first book, The Making of Manchester Jewry, published in 1976.

As a Catholic reared in Nonconformist Wales, Bill empathised with the feeling of minority alienation sensed by many Jewish people. However, it was due largely to his dogged, often frustrated persistence that the museum exists as his ideas and those of his senior lay colleagues were first treated by many Jewish communal leaders with ill-concealed disdain.

The project’s first outline was drawn partly in response to the closures and dereliction of the Ashkenazi Great and New Synagogues on Cheetham Hill Road. Williams and his friends were anxiously determined that the nearby Sephardi Spanish and Portuguese Synagogue would not suffer the same fate.

Bill Williams will be equally well remembered for helping to develop work in recording ‘oral’ social history and for leading on-site walks in areas of historic Jewish interest in north Manchester. Here, he was a disciple of Professor Bill Fishman of Queen Mary College, University of London who pioneered the method.

I attended the first guided walk that Williams conducted and was also at the last Sabbath morning services of both the Great Synagogue and some years later, the Sephardi synagogue whose roof had so much deteriorated that those of us seated in the ladies’ gallery were drenched during a sudden rain storm!

Williams’s boundless enthusiasm for local Jewish history never waned. So even aged 81, he was excited when, in September 2015, a glass tube containing a parchment scroll with details of the development of education for local Jewish children, was discovered in the foundation stone on the site of the first purpose-built Jewish school in Manchester – also on Cheetham Hill Road.

“It is a crucially important historical document…this scroll includes information on those early arrangements which are not known from any source”, he said.

Williams’s main work aside, he was always happy to discuss the museum’s background and activities. So at my request – from memory on the verge of the museum’s opening in March 1984 – he gave an address in lieu of the traditional sermon during a Sabbath morning service at Sha’arei Shalom North Manchester Reform Synagogue. He was again generous with his time for a couple of book club events I arranged.

I earnestly hope that the Manchester Jewish community one day learns to value its history as much as this fine non-Jewish historian who did so much to preserve it.