Karma Mechanics, an excerpt from In Gethsemane: Transcripts of a Journey by Mark Ulyseas. www.amazon.com

Ulyseas has served time in advertising as copywriter and creative director selling people things they didn’t need, a ghost writer for some years, columnist of a newspaper, a freelance journalist and photographer. In 2009 he created Live Encounters Magazine, in Bali, Indonesia. It is a not for profit (adfree) free online magazine featuring leading academics, writers, poets, activists of all hues etc. from around the world. March 2016 saw the launch of its sister publication Live Encounters Poetry, which was relaunched as Live Encounters Poetry & Writing in March 2017. He has edited, designed and produced all of Live Encounters’ 122 publications till date. Mark’s philosophy is that knowledge must be free and shared freely (without charge) to empower all towards enlightenment. He is the author of three books: RAINY – My friend & Philosopher, Seductive Avatars of Maya – Anthology of Dystopian Lives and In Gethsemane: Transcripts of a Journey. www.amazon.com 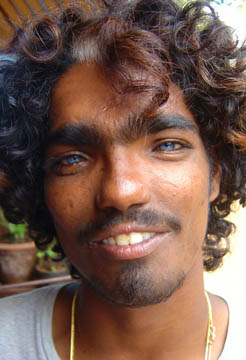 Somewhere on this isle, nestling in the cracks and crevices of society are the karma mechanics, aspiring avatars of the likes of Osho, Maharishi Yogi and their kind. They carry the weight of mankind’s troubles on their shoulders. And this is odd because no one has asked them to do so. Nor, in my opinion, are they qualified in even the remotest sense of the word.

The karma mechanics are people lost in a brave new world, clutching at straws in the wind. The straws being the bits and pieces of eastern religious instruction they have collected on their brief journey from sideshows in their own countries to the daunting Asian Diasporas that have art, culture and religion compressed over the ages into layers like sedimentary rock formations.

They are akin to the untrained motor mechanics that miraculously appear on an Indian road when a car breaks down. Knowledge of the workings of the engine is irrelevant. Fiddling till the engine regains life is all that is needed. Money changes hands and everyone is happy. Life goes on oblivious to the density of the mental capacity that has just been displayed!

I have had the honour of meeting a few of these karma mechanics who can fix anything from a leaking aura to the more complex problem of the ‘re-alignment’ of someone’s spiritual engine that has been derailed and needs to get back onto the magnetic lines of the Universe.

Many of us may recall that inspiring book by Robert M Pirsig – Zen and the Art of Motorcycle Maintenance; the travels of a motorcyclist and the philosophical discussions that transpired along the way. The karma mechanics call this a cult book and therefore unworthy to be read. And when I spoke recently to Joe, a mechanic, of Carlos Castaneda, the silence-hung heavy in the air and the only sound that could be heard was one of ignorance. Fortunately for him it was broken by an elderly expat from New York who winked at me and whispered in my ear ‘magic mushrooms.’ We shall not delve into the Yaqui way of life. Not now, for we still need to cruise through the world of the mechanics to understand the tools of their trade.

Joe told me that the tools he uses are tarot cards, mind readings, silent sittings, synchronising one’s chakras with the help of yoga and more importantly teaching one the ways of the Buddha. Apparently Buddha is in fashion not Cat Stevens who converted to Islam. Often one encounters mechanics massaging drinks at restaurants some aptly called Buddha something or the other, loudly beginning a sentence with ‘the Buddha says’ while sinking their teeth into a rack of succulent pork ribs. But don’t let these visual impressions dissuade you from using their services. I have it from reliable sources that Joe has fixed the leaking aura of a friend of mine. It so happened that she heard it dripping in the night like droplets of water hitting the base of an empty bucket. Not a good sound when one is lost to the world. And how he did this, no one is saying.

And then another buddy of mine, Dave told me that he had been guilty of many past sins before he arrived on the isle. After he met Joe, the bad karma that he had carried with him in his hold all had been dispensed with through a series of give and take. He gave money to Joe and Joe took it, besides of course counselling him to commit good acts in the present continuous.

“Herman Kuhn quoting from Tattvarthasutra describes karma as – a mechanism that makes us thoroughly experience the themes of our life until we gained optimal knowledge from them and until our emotional attachment to these themes falls off.”

Now where is Joe when I need him to explain Kuhn’s observations? Last I heard he was on a visa run.

There are other mechanics some who have gained much respectability through a pragmatic approach  to karma problem solving. Janice is a fine lady from a European country who has settled comfortably in Bali providing ‘karmic advice’ to lost souls who approach her out of guilt – the result of their unseemly past. She has given them crystals to wear, specially blessed stones and advice on the specific colours of clothes to don for designated days of the week, the Full Moon and some phases of the moon being an exception. She is a one-woman service station that appears to be consistently effective in the overhauling of run down spiritual engines of weary travellers. Word on the street has it that she offers a money back guarantee for unsatisfied customers. This is a good business practice however what if one returns as a dog in another life how will one collect the refund?

Karma mechanics have mastered the art of trivial pursuit through acts that obfuscate the real issues at hand. They fiddle with the soul engines of hapless people who arrive at their doorstep seeking reconciliation with the universe for a misspent life. But as we all know everything is relative and so is our religious make up. For example, if one is a Hindu, Sikh, Buddhist or Jain the Law of Karma will apply.

But in the case of a Christian what does one do? How does the Law of Karma apply to him or her? Didn’t Christ die on the cross for the sins committed by humanity? And what about Heaven and Hell? Where do these two fit in, in the grand scheme of the Universe?

And there are those among us who have still to study the Koran to know what is said about all this in the world of Islam.

The truth is plain to see. The karma mechanics are not really trained mechanics in every sense of the word. They are, like many of us, lost in a contradictory world that defies definition.

So to confuse you further, dear readers, here is a quote –

Buddhism relates Karma directly to motives behind an action. Motivation usually makes the difference between “good” and “bad,” but included in the motivation is also the aspect of ignorance; so a well-intended action from a deluded mind can easily be “bad” in the sense that it creates unpleasant results for the “actor.”*

Next time you need a tune up of your aura or re-alignment of your wheels of fortune walk into the friendly neighbourhood karma mechanic’s workshop but ensure that the money back guarantee is cashable in this lifetime.

* The Manual of Life – Karma by Parvesh Singla, www.lulu.com 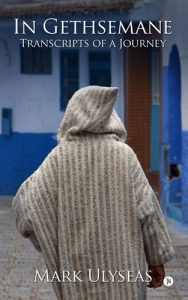