Ajay Gudavarthy is Assistant Professor at the Centre for Political Studies of Jawaharlal Nehru University, New Delhi. Ajay Gudavarthy taught earlier as Assistant Professor at the National Law School of India University, Bangalore. He had been Visiting Fellow, Centre for Citizenship, Civil society and Rule of Law, University of Aberdeen in 2012. He was Visiting Faculty at Centre for Human Rights, University of Hyderabad in 2011 and Visiting Fellow, Goldsmith College, University of London in 2010. In 2008, he was Charles Wallace Visiting Fellow, the School of Oriental and African Studies (SOAS), London. His published works include Re-framing Democracy and Agency in India: Interrogating Political Society (edited, 2012) and Politics of Post-civil Society: Contemporary History of Political Movements in India (SAGE Publications, New Delhi, 2013). 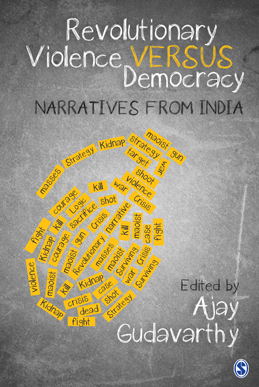 Political mobilization all over the world is undergoing transformations. There are two major dimensions to them, first, is the generic decline in popular/progressive mobilization by various subaltern social groups. In India, for instance, an active farmer`s movement of the 1980s is replaced by a spate of farmer`s suicides all across the countryside. Similarly, there is a collapse of the workers movements and emergence of demobilized social groups such as the migrants, urban poor, growing informal and unorganized sector. The streets vacated by the subaltern groups have been taken over by the middle classes mobilizing street protest around issues of crime, sexual violence and corruption. While subaltern groups have either become invisible or moved to `contextual negotiation` with governmental mechanisms of the state as against resistance.

Second, important change that is visible is that popular/progressive mobilizations that did take the shape of street protest and not `mere` negotiation have been explosive and episodic rather than sustained and organized. Any number of examples beginning with the Occupy in the US, Arab Spring in the Middle East, Brazilian Spring in Latin America to India against Corruption in India have all been short-term, single issue based and petered out making it difficult to explain what exactly has been their impact. Did they have any policy impact? Did they change the terms of discourse of electoral politics? Did they create new kind of political consciousness? There can be no definitive answers to these questions, In spite of the fact that these movements were addressing the majority, `99% as against 1%` and forged cross-class alliances and invented post-constituency based mobilizations. Occupy failed to shake up corporate capitalism instead lead to the election of a more corporate oriented Donald Trump, Arab Spring re-instituted authoritarian regime of the Brotherhood and India against Corruption brought back a resurgent rightwing Bhartiya Janta Party into power with a two thirds majority.

It is in this kind of a political milieu that Maoist politics in India have been swimming against the tide and continuing with the mobilization of the `basic classes` including the landless poor and adivasis of the rural hinterlands of India. Maoist movement has been a sustained struggle for the last 50 years, and is a struggle for the `over throw` of the state and capitalism. It continues to speak in the language of alternative model of development, redistribution of resources and collective ownership and abolition of private property. Maoist movement inhabits what has come to be referred to as the `Red Corridor` from South to Central and North of India. The previous Prime Minister Mr. Manmohan Singh referred to it as the `greatest internal security threat`. It is in this context the recent edited volume titled `Revolutionary Violence versus Democracy: Narratives from India (Sage, India, 2017) attempts to look into how and why did Maoist politics sustain and whether their continued use of violent armed strategy is the best available means to bring about large-scale structural transformation.

The first section of the book lays out the available justifications for a continued armed rebellion in India. It includes arguments of Maoist politics signifying an unflinching attempt to constitute an alternative social ethics of organizing society around collective as against competitive modes of existence, including the question that demands us to think of what inspires young adivasis to be prepared for death as a way of living, sacrifice one`s own life for a better future for generations to come and a trust in the altruism of the `human species`; a language that most of the mainstream politics has abdicated long back and looks at it at best as utopian and at worst as infantile adventurism, reminding us of the Gramscian dictum `pessimism of the intellect, optimism of the will`. Maoist politics in this sense represents the revolutionary optimism of new possibilities, and as Gramaci would remind us the uncertainty of politics ought to be comprehended in the context of new possibilities without slipping into cynicism.

Maoist politics highlights `structural violence` in its use of direct physical violence. Hidden and routinised violence of the State and Capital provide the political and moral justification for direct violence and the agenda of the violent overthrow of the State. While this may be true does it not constrain itself into a paradigmatic imagination of the revolution ushered by French Revolution? Can there be no alternative way of imagining revolutions other than through forceful overthrow of the State? Did not Marx and Engels also see the possibility of a peaceful transition to Socialism in societies that has democracies in place of authoritarian rule? What then can be the new equation between revolutions and democracies? One of the contributions in the volume argues that `no revolution so far has confirmed to basic Marxist scheme and is in sight of happening in future. Capitalism has creatively reconfigured itself and is flexible enough to do it because it does not care for ideological fidelity as the revolutionaries do. It is a paradox of the kind that the behavior of bourgeoisie reflects dialectical materialism while that of proletarian revolutionaries, mechanical idealism`. Does `mechanical idealism` signify commitment and sacrifice in the everyday functioning of the Maoist politics?

Maoist politics working within the contours of popular democracies have invented newer strategies of insurrection. It is not merely about overthrow of the state but the process of building revolutionary consciousness. One such strategy of the Maoist is that of Kidnap. Maoist movement in India abducted bureaucrats, powerful political leaders and public representatives as symbolic protest against their `anti-people` policies. In almost all of these the Maoists released the hostages without harming or killing them. The point was to highlight issues that were neglected by the state and the media. This they believed was one way of wedging open the corridors of power that were otherwise shut to the most deprived of social groups. In many a context of such kidnaps the Maoist movement and the issues they nurtured were thrown into the front pages and prime time of the electronic media. Maoists furthered demonstrated that State was unwilling to respond to these issues in spite of violent reaction, reflecting the indifferent attitude of state officials.

However, the moot question that remains to be answered is whether the human costs of the revolution justify the end benefits it promises to usher in? Even if there is a political justification of violence can we offer a moral justification given the human costs involved, including the uncertainty of a revolution succeeding in today’s context of militarily and technologically powerful States. Similarly, it is also important to understand if the Maoists have a single one-size-fits-all kind of insurrection given the regional variations, including in culture and in political economy in a large country like India. Is there then a need for a post-Maoist strategy signifying variations that include experiments to forge alliance with other non-class, non-militant political mobilizations; contest elections and democratize available institutions of representation? Similar is the need to highlight both the danger of militarization of a political movement and the need to moderate violence and remain open to public criticism. Maoist movement has time and again demonstrated the potential to go astray with their killings, including killing more of their own social base in whose name they mobilize as against the `enemy class`. There is something in the sociology of armed movements that makes violence and weapons to control politics and ideologies.

Finally, there are a large number of issues that the current volume- `Revolutionary Violence versus Democracy: Narratives from India (Sage, India, 2017)- attempts to problematize with regard to the question of subaltern agency. Can we equate the Party with the People? What type of agency does the subaltern who is not directly part of the armed movement wield in the contexts of armed movements? Can this kind of agency be referred to as `non-sovereign agency`, as against a simple-minded idea of a `sandwich theory`, where the subaltern is understood to be unwittingly caught between the State and the revolution? Similarly, it’s important to ask of even those who are part of militant movement if they are part because of the high idealism that the movement espouses or due to practical and immediate imperatives and contingencies that they find themselves in. If it is the later how will it manifest itself in the workings of the Maoist politics?

The contest between Revolutionary Violence and democracy is an open-ended one with both raising pertinent issues that need to be mutually addressed, recasting them beyond a simple binary opposition constituted as one versus the other, notwithstanding the ongoing contestation that awaits not a closure but an inauguration of a new imagination of politics itself.