Irish poet and dramatist, Terry McDonagh, www.terry-mcdonagh.com, taught creative writing at the University of Hamburg and was Drama Director at the Int. School Hamburg for 15 years, He now works freelance. He has been writer in residence in Europe, Asia and Australia. He’s published seven poetry collections, a book of letters, as well as prose and poetry for young people Translated into Indonesian and German and distributed internationally by Syracuse Uni. Press. His latest poetry collection: Ripple Effect in due for publication in May/June 2013 – Arlen House, and his next children’s story, Michel the Merman, illustrated by Marc Barnes (NZ), is to be published in September 2013. He lives in Hamburg and Ireland. 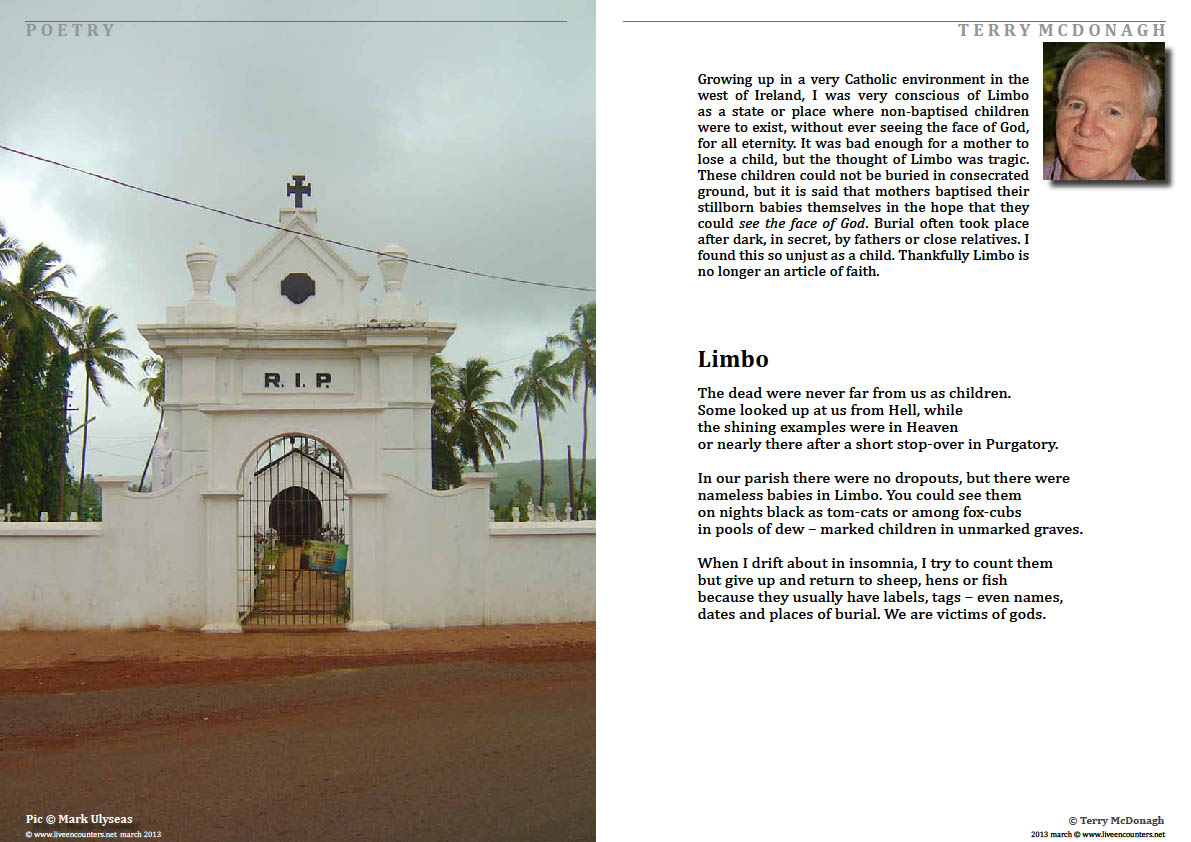