Robin Marchesi was born in Hampshire England. He was educated at Oxford and London Universities. He has lived ‘on his wits’ throughout the world and has several published works including Kyoto Garden, A B C Quest and A Small Journal of Heroin Addiction. His latest book “Poet of the Building Site” about his time with the Sculptor Barry Flanagan (1941 – 2009) is published by Charta Press in association with the Irish Museum of Modern Art. At the moment he is living in London completing his latest work entitled: “Prospero’s Cell.” 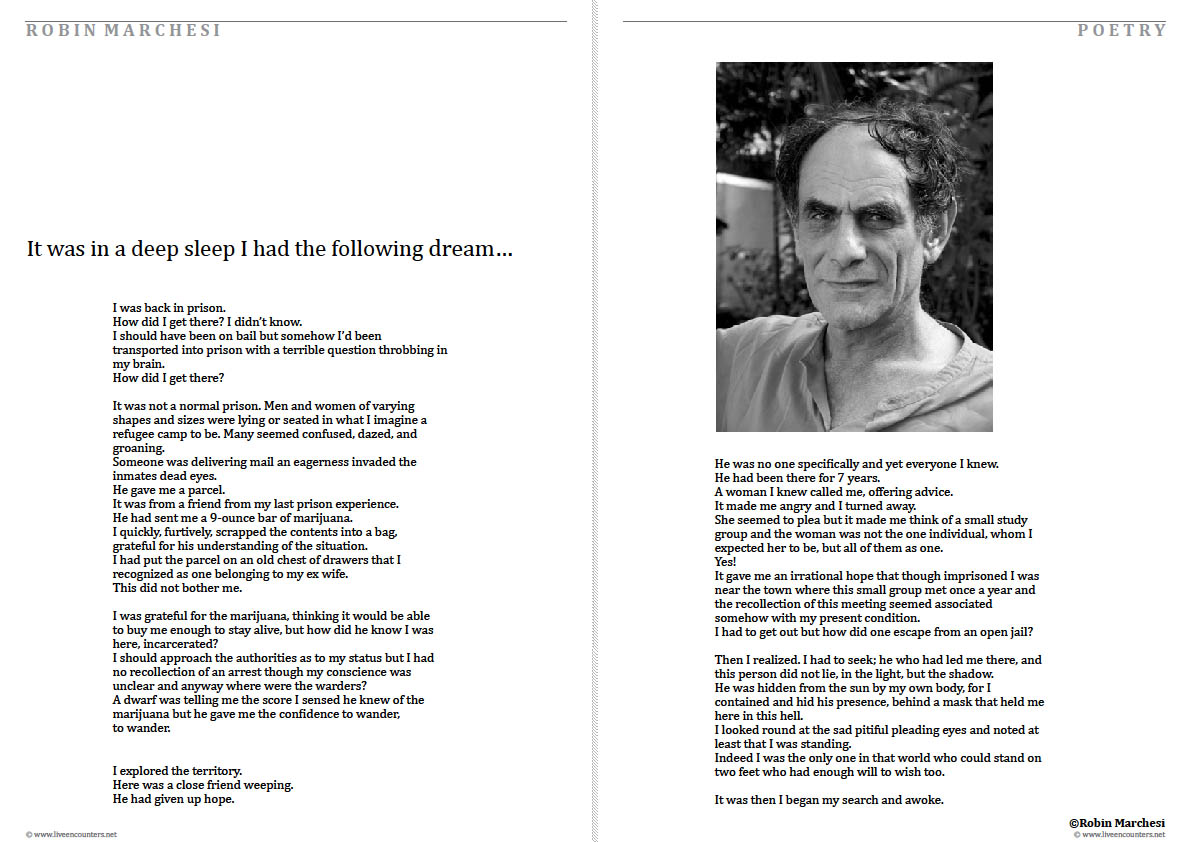