Matthew Van Ortton ( family name Malecki ) was born in communist Poland in early seventies. In the nineties, he studied medicine and lived on and off in Amsterdam and Miami, before settling down with his family in London. Soon after, divorced, he moved to Cornwall where he found peace in nature and tranquility of the ancient celtic land. Some years later, he broke up from his second relationship and left. He has two beautiful sons…and India. https://mvanortton.wordpress.com/ 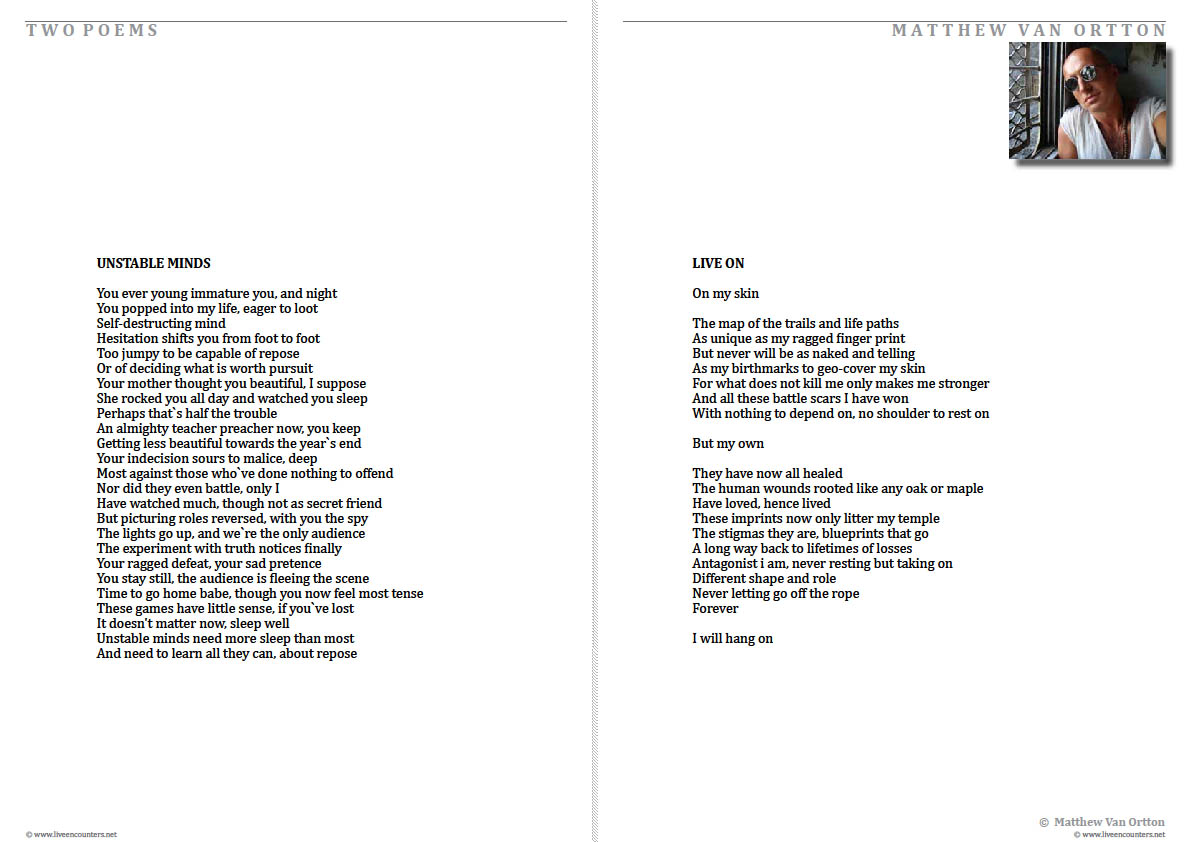