John W Sexton lives in the Republic of Ireland. His seventh poetry collection, Visions at Templeglantine, was published by Revival Press in 2020. A chapbook of surrealist poetry, Inverted Night, came out from Survision Books in 2019. Under the ironic pseudonym of Sex W. Johnston he has recorded an album with legendary Stranglers frontman Hugh Cornwell, entitled Sons of Shiva, which has been released on Track Records. His poem The Green Owl was awarded the Listowel Poetry Prize 2007 for best single poem, and in that same year he was awarded a Patrick and Katherine Kavanagh Fellowship in Poetry.

Richard Magahiz has a day job working with computers, originally as a physicist but more recently as a software engineer. He’s published some poetry both online and in print in a number of publications. When it comes to music, food, or books his tastes are both eclectic and idiosyncratic. He spent a long time on the East Coast of the US but has come back to his native state of California. His work has appeared online at World Haiku Review, Star*line, tinywords, Abyss & Apex, Dreams and Nightmares, Scifaikuest, and Eye to the Telescope. His website is at https://zeroatthebone.us/ 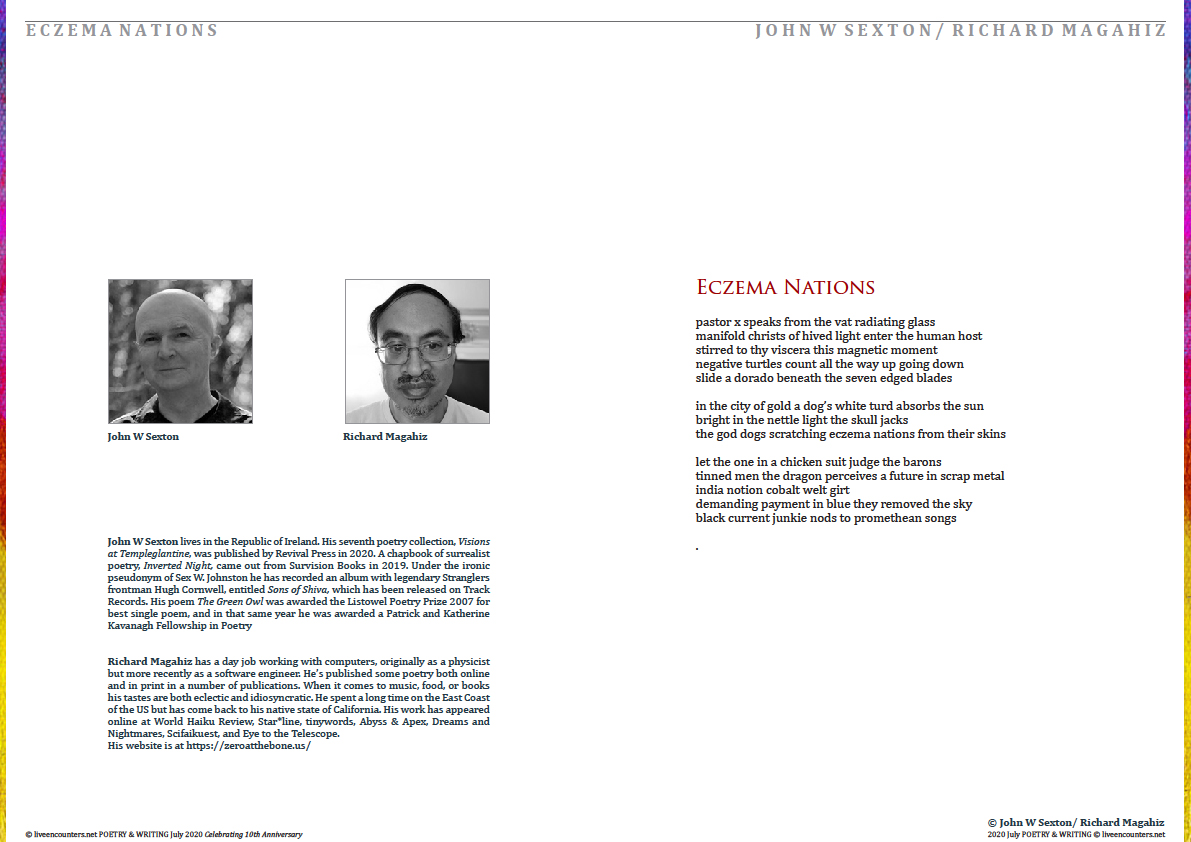 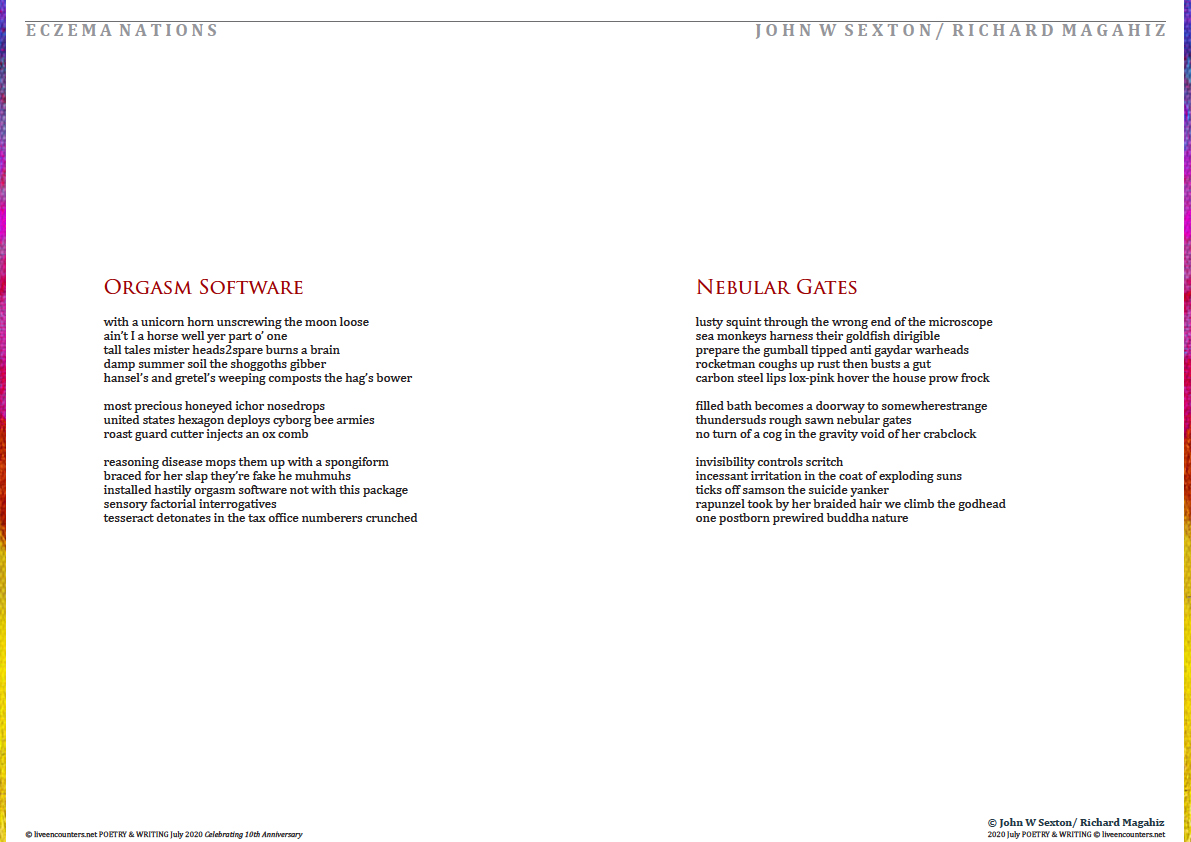 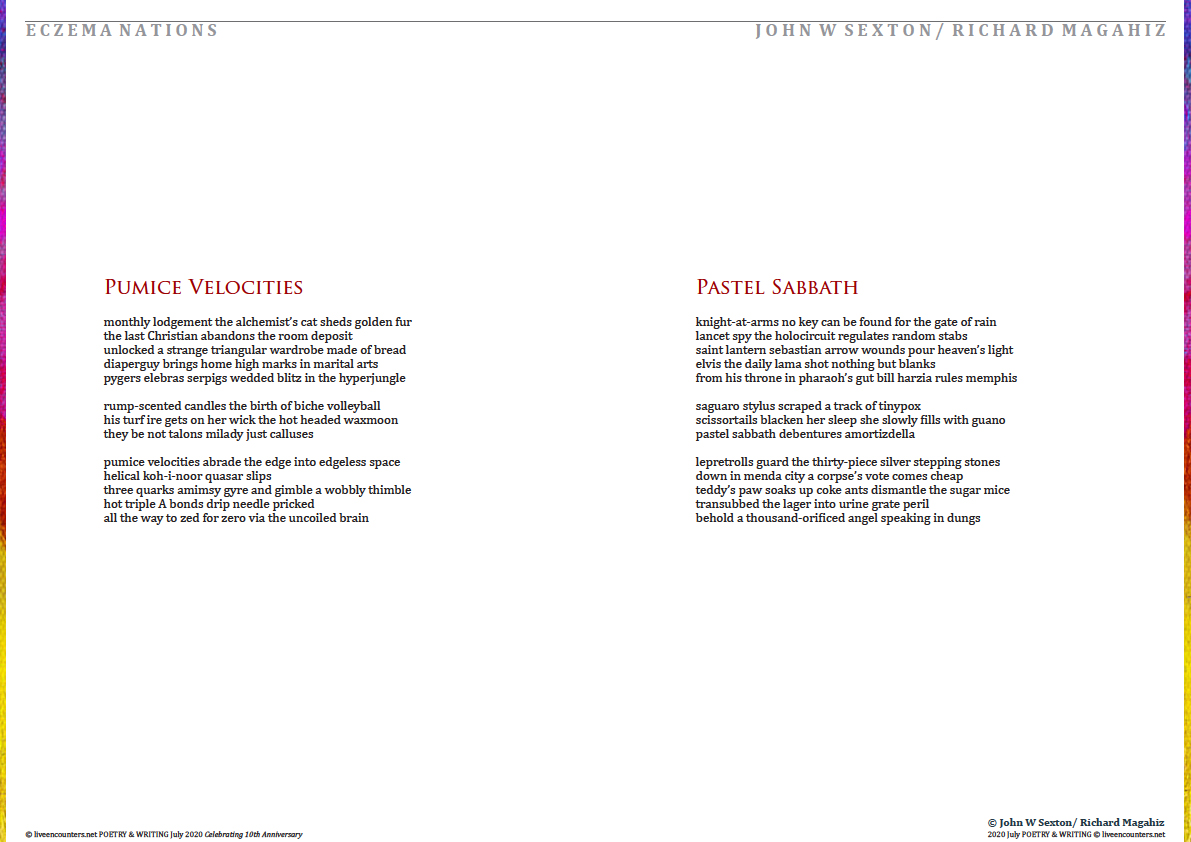