Ndue Ukaj (1977) is an Albanian writer, publicist and literary critic. His poems has been included in several anthologies of poetry, in Albanian, and other languages. He has published several books, including “Godo is not coming”, which won the national award for best book of poetry published in 2010 in Kosovo. He has also won the award for best poems in the International Poetry Festival in Macedonia and another prize. His poems and texts are translated into English, Spanish, Italian, Romanian, Finnish, Swedish, Turkish and Chinese. Ukaj is member of Swedish PEN. 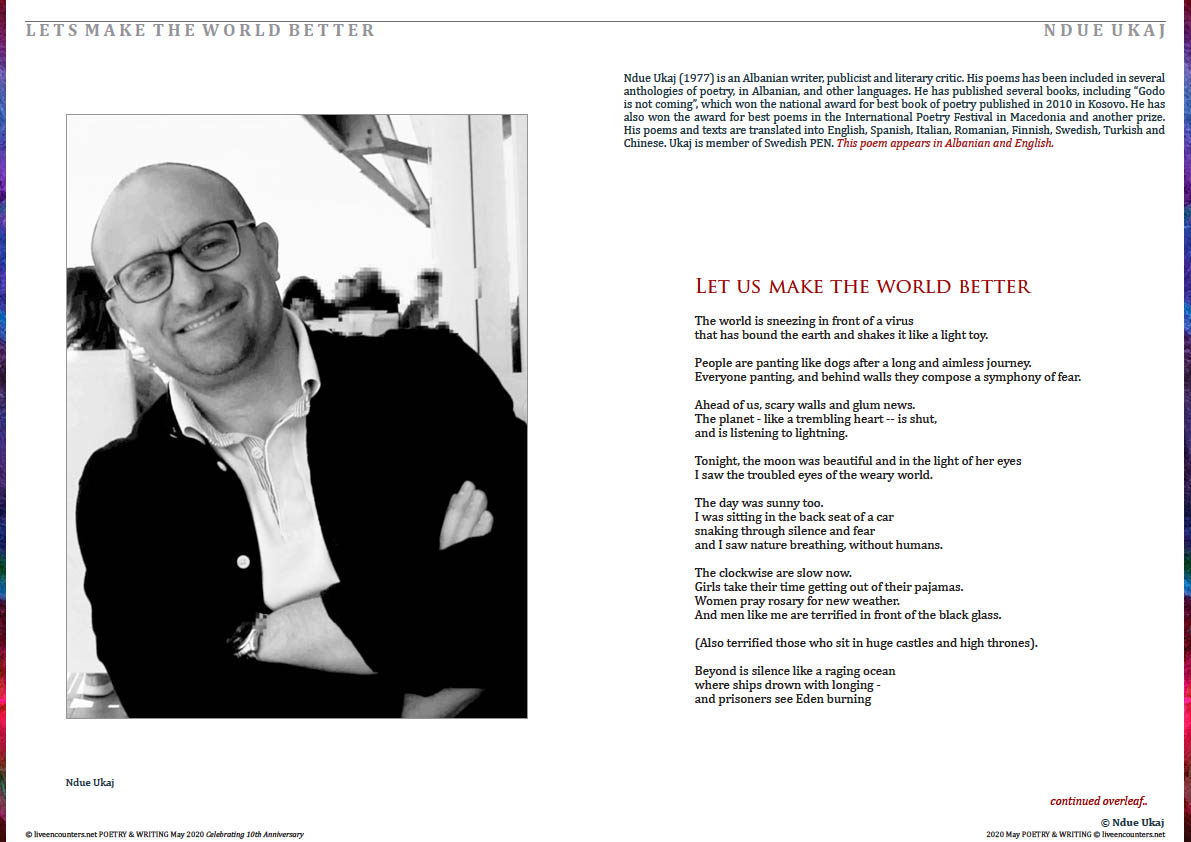 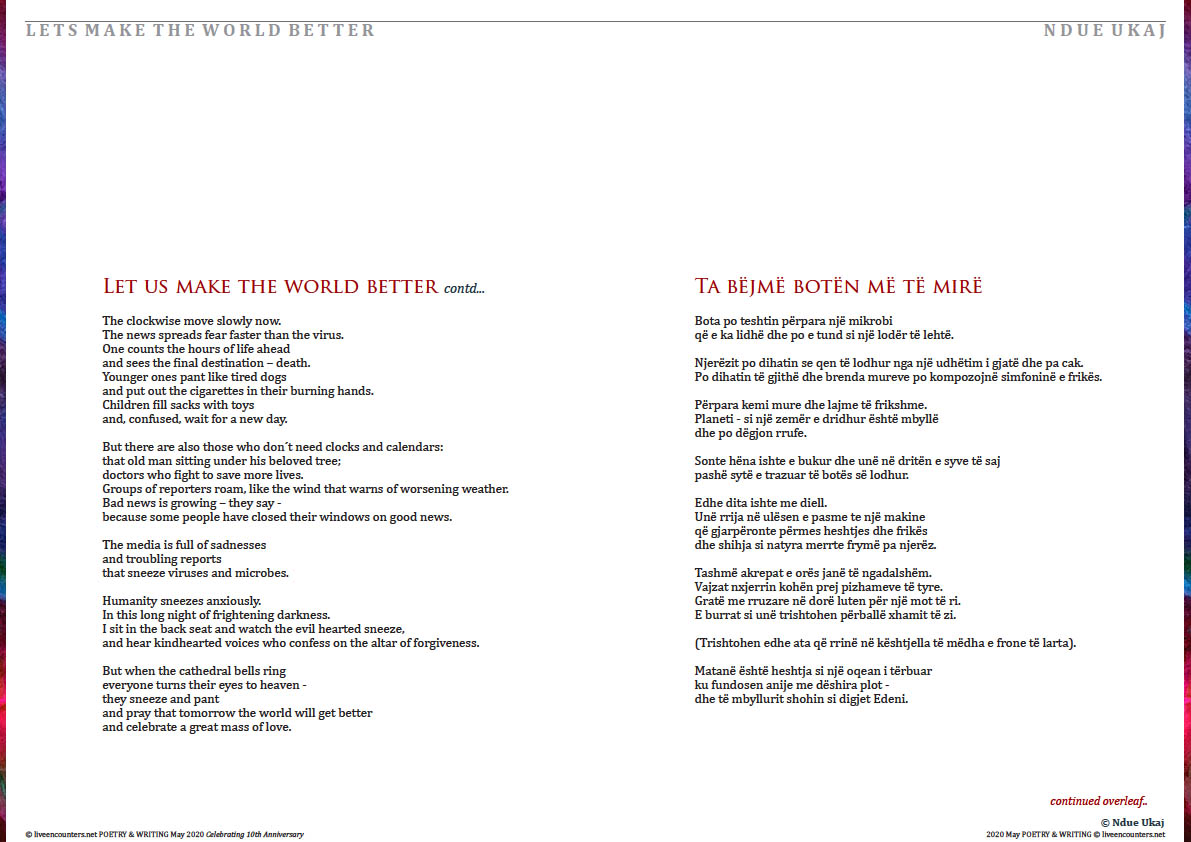 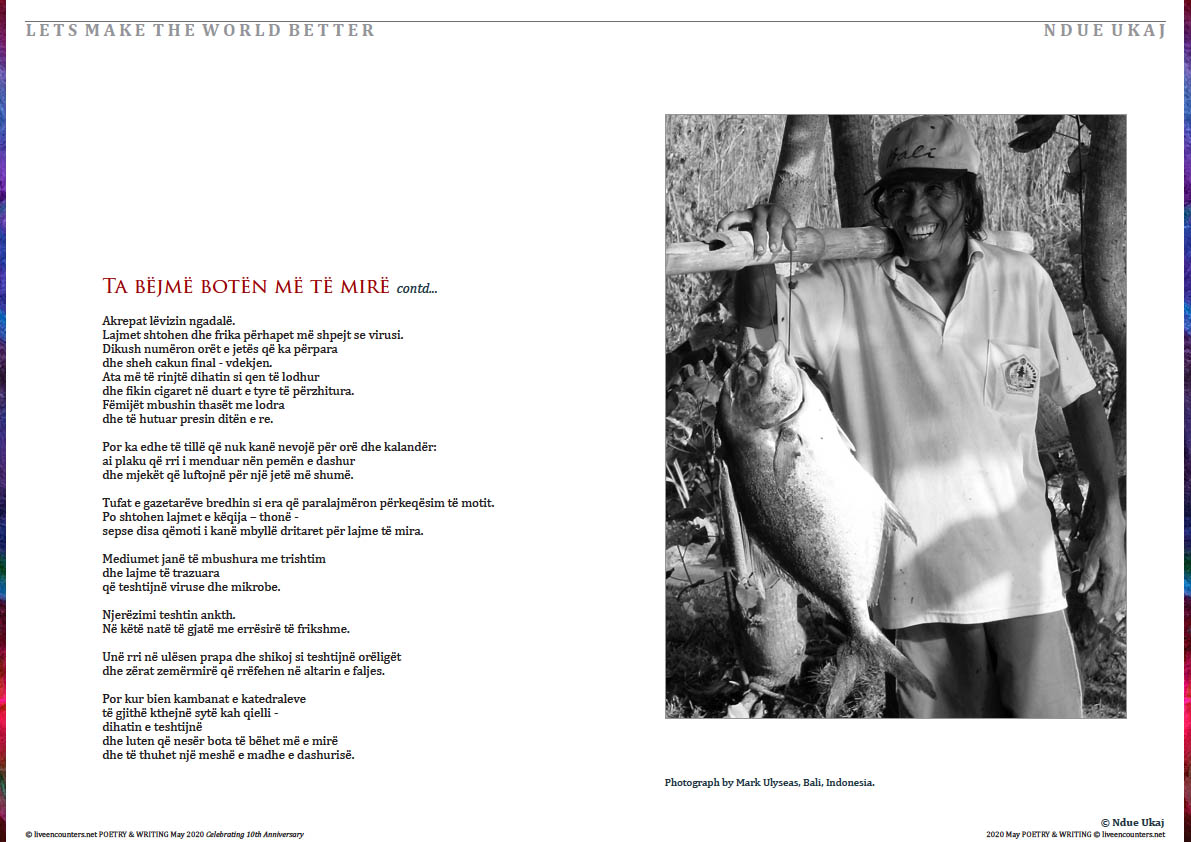