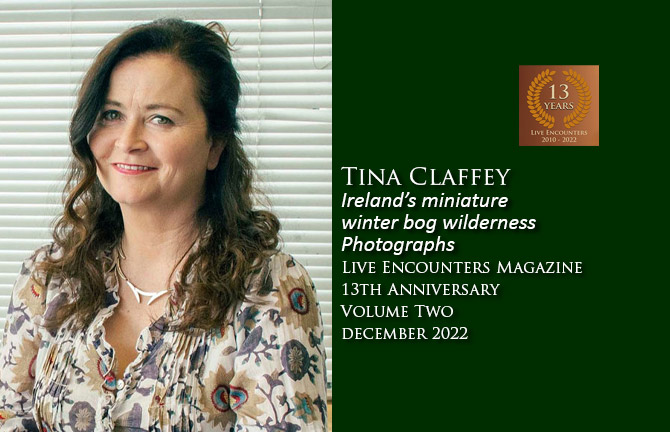 I love to get ‘lost’ in the bogs, eskers and wetlands of Ireland with my macro lens throughout the seasons.

The macro lens allows me to capture what cannot be seen by the naked eye, and capture scenes that defy our sense of reality, glimpses of other miniature worlds that co-exist with us.

One would imagine that in Winter, there wouldn’t be much to see out there, but the Winter wilderness in the bog is truly magical. As the sun stays low in the sky all day, it is ‘golden hour’ all day!

The Winter frost casts a magical frosted spell on the flora & fauna, and the living carpet twinkles with delight.

Frosted sphagnums emerge like giants, caterpillars roam the scarlet Devil’s Matchstick lichens seeking Winter shelter. Spiked shieldbugs hunt for remaining insects deep in the heather, while Haircap mosses emerge like fireworks deep in the wet woodland. Wild Carrot entice us to drink from its frosted chalice, and the early morning sun illuminates mysterious jelly fungus, as the bark of the birch trees peel away. Otherworldly Reindeer lichen reveal their fruit spores, and the Furze bushes reveal their golden flowers. 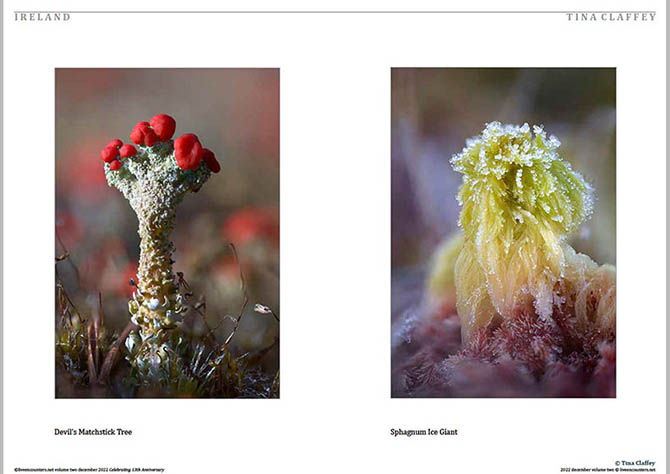 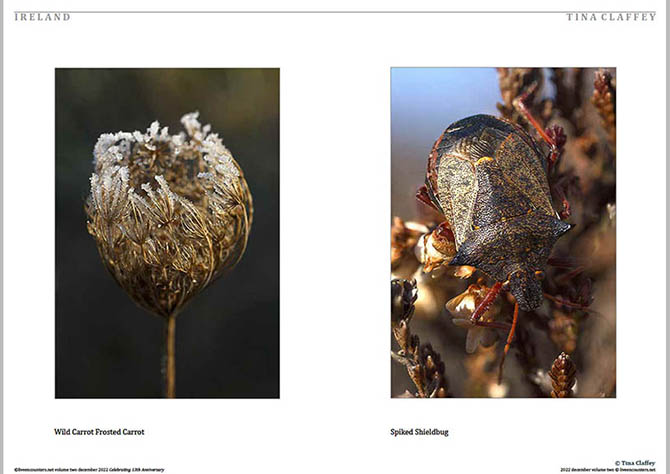 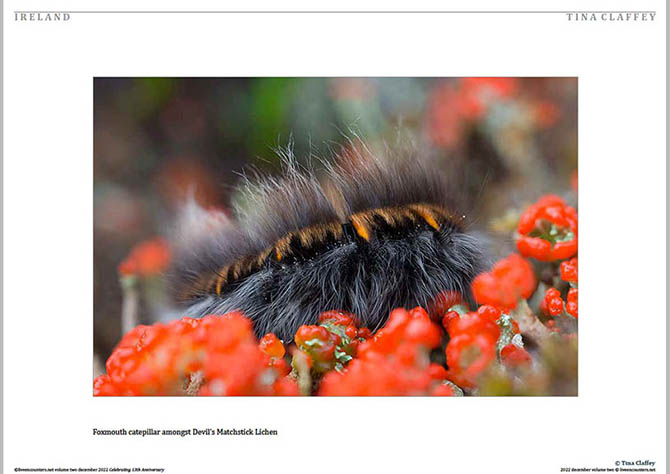 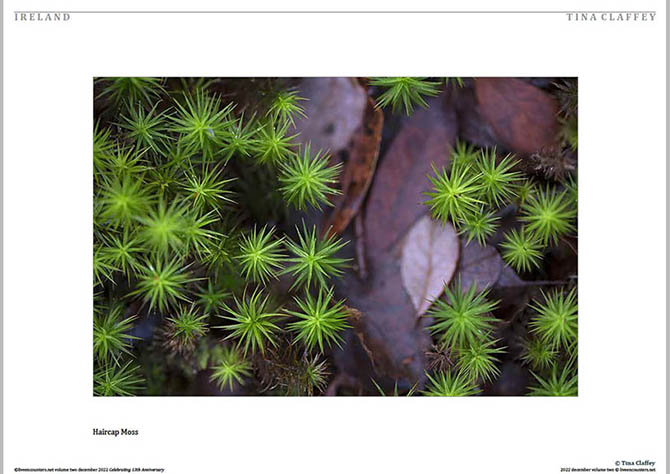 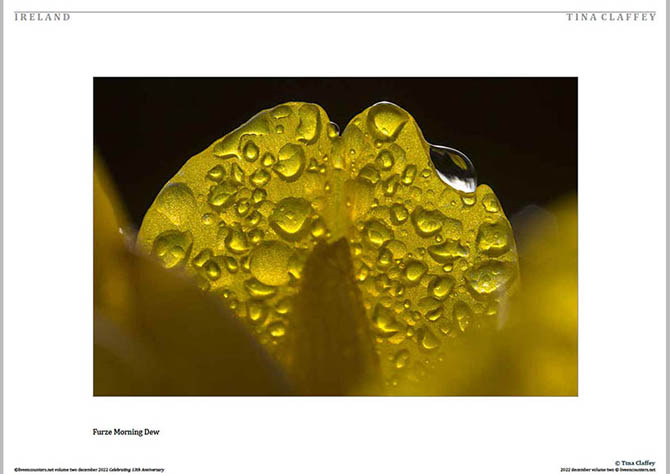 Tina Claffey is an award-winning Irish nature photographer and author of ‘Tapestry of Light-Ireland’s bogs & wetlands as never seen before’ released in October 2017, and now her new book has just been published, ‘Portal-Otherworldly Wonders of Ireland’s Bogs, Wetlands and Eskers’. Her observations and unique perspective through her macro lens of the flora and fauna of the raised bogs and wet woodlands of the Irish midlands are celebrated in her work. She has exhibited in group shows in the US, Botswana, Zambia and has had solo exhibitions throughout Ireland.  Her work is part of many art collections, permanent exhibitions, including the permanent collection at Áras an Uachtaráin, home of the Irish President. She has presented her work on many worldwide online platforms including the Wildlife Habitat Council Online Conference in the US and the UN Climate Change Conference (COP 26) to promote the importance of the Irish bog wilderness. https://www.tinaclaffey.com/